Word for describing a book with its sheets separated

What is a suitable word for describing a book that its sheets are separated from each other and its binding?

The intended sentence is something like : He was holding a portion of my XXXXX copy of Jackson's textbook.

I want to imply that the book is unbinded as a result of being used and studied too much.

(You are welcome to modify other parts of the above sentence too, to make it more clear.)

Bibliophiles have their own jargon for the various ways a book can be damaged— foxed, warped, a whole slew of c- words from to chipped to cockled to crimped; see ILAB glossary for a few. The technical term for a book that has lost its binding is disbound, which Merriam-Webster defines as simply

no longer having a binding (a disbound pamphlet)

But there isn't, so far as I know, an English idiom that refers to a book becoming disbound due to overuse. For whatever reason, the English noticed wear and tear on the pages of the book rather than its spine, and so a book that is worn out from overuse is very often described as tattered and/or dog-eared, and perhaps frayed (especially of cloth bookcovers). Per MW again:

tattered - 2: torn into shreds: ragged (a tattered flag)
3a: broken down : dilapidated (decaying houses along tattered paved streets — P. B. Martin)
b: being in a shattered condition (led their tattered party to victory)

(a dog-ear is a folded-down corner of a page, used to hold a place) 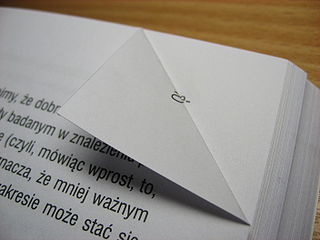 3 fray (intransitive) - 1: to wear out or into shreds
2: to show signs of strain

He was holding the detached pages...

However, the word pages alone is a sufficient and the phrase dilapidated copy explains why the pages are separate.

In our auction of June 2002 we offered a dilapidated copy of Our Wullie's first book of 1941. The spine and part of the front and back cover were worn away...

The word is unbound, as in an unbound book. However, this implies a book that was never bound. You might also try unbinded to refer to a book that was once bound. I haven't found much usage for the second term, but I think it would be easily understood. If you want a more commonly used word, try disassembled.

I think we'd have to go with a cobbled-together phrase to get the meaning across that pages are missing such as:

"He was holding a ripped-out portion of my copy of Jackson's textbook."

"He was holding a disassembled section of my copy of Jackson's textbook."

"He was holding a fistful of pages from my now page-missing copy of Jackson's textbook."

"He was holding an amputated portion of my now incomplete copy of Jackson's textbook."

He was holding a handful of pages from / that belonged to my copy of Jackson's textbook, which had fallen apart.

The adjective loose-leaf describes books (especially textbooks) that are sold without binding. I know that's not quite what you want, but perhaps another adjective could help.

He was holding a ragged sheaf of pages — at least several chapters — from the unbound remnants of my copy of Jackson’s textbook.

46
What is the correct term for paper that has become wet and deformed as it dried out?
0
What would be a word or phrase for " missing parts of books or manuscripts"

8
Word describing "Nothing Changed"
2
Word describing the law itself as opposed to its intended subjects
7
What is "a label for a book identifying its owner" called?
4
Single word for "separated for a while with the expectation to be reunited"
7
"separated by", "separated with", or does it not matter?
7
Word for the sheets replacing room doors in East Asian countries
3
Word request for the action of throwing the sheets over a bed