Is there any difference between an ursine and an ursid?

I'm a volunteer at the Zoo. I conduct excursions for the disadvantaged/terminally ill kids. My excursions are, like, interactive lectures where, among other things, I get the kids acquainted with proper names for animals, e.g. wolf is a common name for a lupid/lupine and such.

Today one kid put me on the spot and at a loss at the same time by asking, "Is there any difference between an ursine and an ursid?".

They both relate to bears and the bear family. Each definition is thus

A. adj. Of, pertaining, or belonging to the family Ursidae. B. sb. A mammal of this family.

Ursine from my OED2 again

Of or pertaining to, characteristic of, due to, a bear or bears.

So Ursine is an adjective while Ursid is both a noun and adjective. Ursid leans slightly to the classification whereas ursine leans to a bear's characteristics, e.g., size, power.

If I called a man who is big an ursine man/monstrosity, then I would be talking about his resemblance to a bear/having a characteristic of a bear. If I called him, figuratively an ursid, the same meaning is imparted. But if I said he had an ursid appetite, that wouldn't be very appropriate use because the appetite has nothing to with the family Ursidae

Ultimately, in this context, ursine and ursid are basically interchangeable because a bear does pertain to its characteristics and the family Ursidae.

So, it's just a typographical error.

It's an important realization that, even in professional writing it is completely commonplace for typos to creep in. Here's a cartoon about the issue: 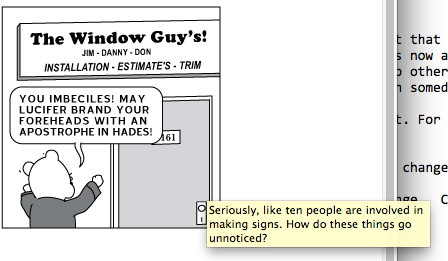 There was a newspaper in the UK called the "Guardian" which was known in the trade as the "Gradian" because it had so many typos. I once saw cough Vulva for Volvo in the body copy of a newspaper ad for that fine brand, and that's in an expensive paid ad.

"But by continuing using "Ursine" as a noun..."

No. It sounds exactly like the writer is uneducated. The situation couldn't be simpler.

(It's particularly embarrassing, if you will, when people "try to use fancy words" - and are clueless about them, particularly extreme examples such as: not even knowing if it is a noun.)

I'd simply read it out as Ursid, since it's a typo.

Note that it is totally commonplace for voice talent to simply correct a typo if you're reading from a script. Not even worth mentioning.

If the script said "I brought an ice cream at the shop," one would just read it out as "bought". You would never read the appalling mistake, since it's obviously nothing more than a typographic error.

Ditto, if a script has "aks anything you want" one would just read it as "ask".

Not a big deal right?