How did 'pummel' evolve from the meaning of apple?

What's an intuitive derivation behind ODO's definition that helps to remember its meaning?

I recognise 'une pomme' from French but how does 'roundness' induce the current meaning?

Pummel someone with the (apple shaped) ornamental knob at the end of your sword. 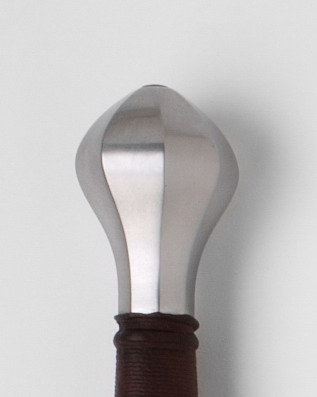 A standard movement in infighting 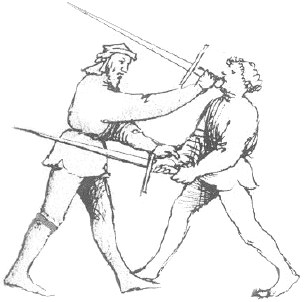 Because my sword has received a hit and because of my grab, I'll hit your face with my pommel.

The Etymonline entry that you cite is for pommel, the noun meaning "the ball at the end of a sword". Pummel, the verb, appears to mean to strike with, or as with, a pommel.

Johnson's A dictionary of the English Language of 1768 has an entry for pummel, but only as a variant of pommel (as a noun). It defines pommel both as a noun, and as the verb we now know as pummel:

To POMMEL: To beat black and blue; to bruise; to punch.

And Johnson and Walker's Dictionary of the English Language, published in 1828, has the following:

To POMMEL: To beat with anything thick or bulky; to bruise; to punch.