Ambiguity of "bag down for a better ride"

Today I saw a sign on the train that said

Bag down for a better ride.

There was an accompanying picture of someone carrying a large bag on his back, possibly causing inconvenience to others: 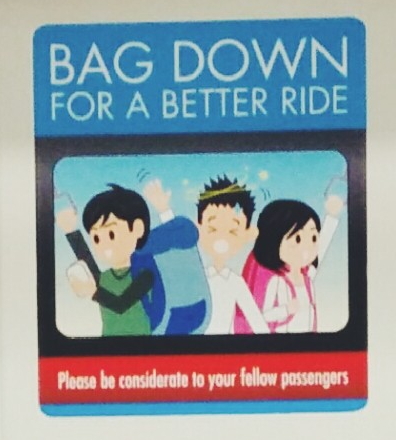 Maybe it would mean either, had it not carried a picture with it. But with the picture in it, it is just so straight forward that putting your bag down makes commuting easier and definitely considerate too for fellow passengers.

Not the answer you're looking for? Browse other questions tagged verbs nouns ambiguity or ask your own question.