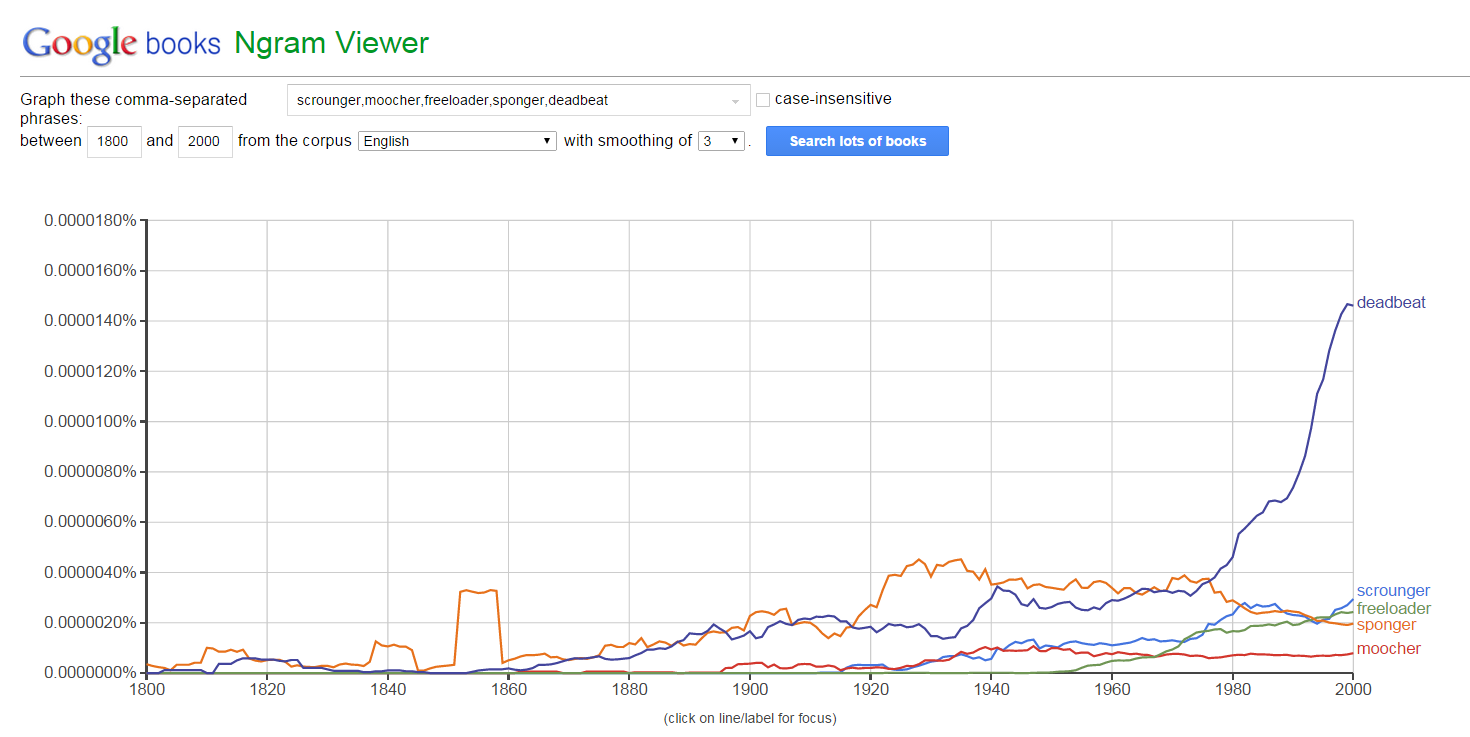 michaelmichael
11
2
Add a comment  |
Highly active question. Earn 10 reputation (not counting the association bonus) in order to answer this question. The reputation requirement helps protect this question from spam and non-answer activity.

50
What would you call someone who imposes on other people's generosity?
27
What do you call someone who is always asking for favours?
24
Are the terms "welsh" or "welch" (as in reneging on a bet) derogatory toward the Welsh people?
2
Word/phrase to describe a person who always searches to benefit from other people?
1
A verb phrase that describes someone that doesn't pay their debt