Should I say "declutter" or "unclutter"?

Which verb is more appropriate (and older) for clearing out my desk: declutter or unclutter and why?

transitive verb:
to remove clutter from: make neat and orderly, unclutter the garage

Looking at the two prefixes in question (de- and un-) they are both used to indicate the opposite of as in the case of declutter and unclutter.

Ngram shows that declutter is a bit more recent in usage than unclutter and that they are not very common terms compared to the the adjective (Ngram) uncluttered.

Mr Editor, why not lead a campaign to de-clutter education? You would have the support of many Scottish teachers who have had their fill of banking, dairying, ... ”
Wednesday 22 November 1944 , Dundee Courier , Angus, Scotland 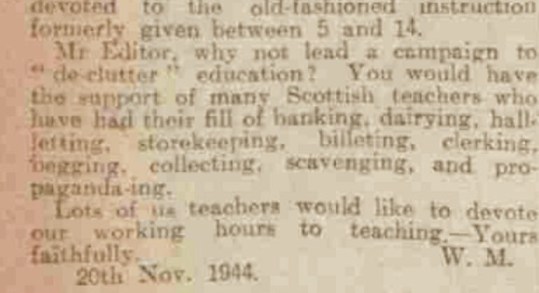 I think they are both appropriate to describe the action of clearing your desk.

First personal opinion, second research (because the research can only be motivated by opinion).

As an AmE speaker, 'uncluttered' seems to me to be the canonical adjective; 'decluttered' sounds a little strange, like someone couldn't remember the usual word and picked a (very reasonable) prefix out of many reasonable ones. A verb to result in that situation (of actively removing a mess) would naturally be 'unclutter', but 'declutter' also sounds like it should work.

Using google as an informal research tool, unclutter existed well before 'declutter', but has in the past 10 years declined in favor of 'declutter'.

The OED (online version; behind a security wall) has an entry for 'unclutter' dated to 1930. For 'declutter', there is no entry.

Other online dictionaries seem to have both in equal measure.

Just because everyone uses it doesn't mean it's the standard usage.In informal speech or writing 'declutter' is fine, but in formal usage, the longer history of 'unclutter' seems to favor it.

The earliest mention of unclutter

I found is dated 1922 in a novel entitled Saint Theresa written by the the American novelist, Henry Sydnor Harrison.

Talk slanted off to the general problem of the records. The expert's plan to set up a separate "dead" file, to help unclutter the present broken-down system, proved pleasing to the sales manager who confessed that as the files were now, he was frequently guilty of "holding out" on them. 'T was n't right, but what was a man to do?

This predates Merriam-Webster's aforementioned claim (1930) by a number of years. I would like to know if The Oxford English Dictionary has an older citation.

Conversely, the earliest citation I found for declutter

It has been said that because only abnormal happenings make news, virtue does not qualify for the reporter's attention .... Happily, that is not an absolute truth. An appreciable amount of publicity has been accorded to the fact that the period between June 5 and 12 was declutter week, in which a well-organised effort was [rest snipped off]

which pre-dates my reference, Wednesday 22 November 1944, found by @Josh61

I have looked in Etymology Online and in Oxford Dictionaries Online too, neither of these authoritative references provide dates and Etymonline, surprisingly, completely ignores both terms.

This leads me to conclude that unclutter has the longer history while declutter appears to have been coined twenty years later in the United Kingdom.

Not the answer you're looking for? Browse other questions tagged verbs colloquialisms prefixes confusables un-de or ask your own question.

72
When I should use "assure" vs. "ensure" vs. "insure"?
6
Should I say 'What I wanted to say is' or 'What I wanted to say was'?
5
Should "pseudo" words be hyphenated?
1
What should I say to people when I am passing them by?
3
Should there be a hyphen in 're-rate'?
4
What do we 'turn round and say'?
3
Should this be "ensure," and not "insure?
2
What is the standard tag question after a statement containing "I should have ..."?