Ask Question
Asked 7 years ago
Active 7 years ago
Viewed 5k times
13
Closed. This question is opinion-based. It is not currently accepting answers.

Should I write 'Nineteen Eighty-Four', when discussing George Orwell's novel in an essay, or '1984'? Is it considered unconventional, or overly colloquial to use the latter form?

This question applies for any book title consisting solely of a number, although I can't call to mind any.

It doesn't matter. I'd argue the 1984 title is in more common usage nowadays. However there are many early covers suggesting maybe Orwell himself titled it Nineteen Eighty-Four. 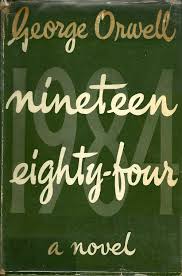 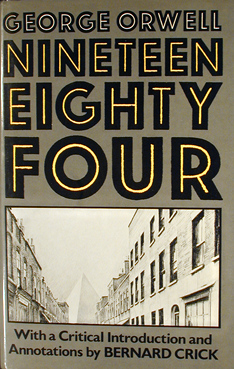 I think you can choose whichever you please; however, Nineteen Eighty-Four may sound pretentious today because of its scarcity. 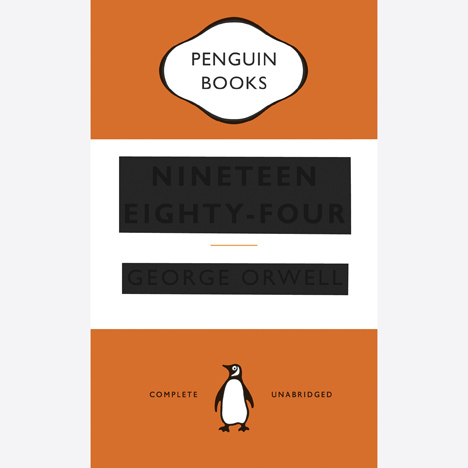 Orwell actually called the book Nineteen Eighty-Four, but even that was transformed into nineteen eighty-four on the cover of the first edition — and the figure 1984 appeared as well. 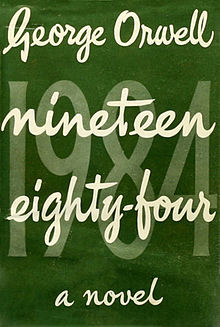 There have been many editions, some featuring the title spelled out in words, others using the figures. The 1987 Penguin edition I have, first published by that house in 1954, spells out the title in words and features the original copyright attribution prominently, "Copyright 1949 by Eric Blair. All rights reserved." Given that, it's unlikely that his estate would have given permission for Penguin not to use the original title in its original form, and it should be spelled out in full.

I'd suggest you use whatever is on the cover of your book.
In this case it's the number in digits. 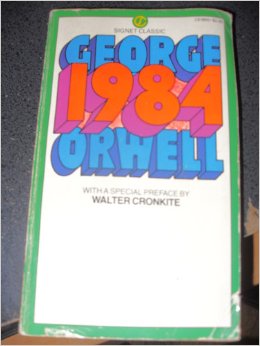 And in this case it's spelled out: 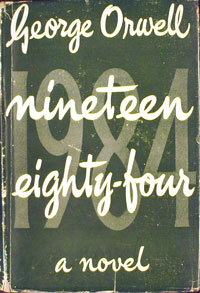 Update: According to this Brown University site It says:

Harcourt preferred the title "The Last Man in Europe," or at least the use of the numbers "1984", but ultimately agreed to Nineteen Eighty-Four.

From this it sounds like Orwell was pushing for it to be spelled out.

Unless the dispute over the name is an integral part of the work you've been taught, I genuinely don't think it matters; given that the dispute exists, no reasonable instructor would expect you to definitively know which is the correct one, and both clearly refer to the same book.

This history of the different editions of the book is interesting:

In the 40s, the first american and uk versions, it was spelled out. Then in 50s we started to see the numbers.

Not the answer you're looking for? Browse other questions tagged writing-style book-title or ask your own question.

1
How to write dollar amounts in a narrative
0
Should I write documentation on first person plural or on third person singular?
2
Meaning of the full title of Darwin's "On the origin of species"
0
Can I write "he felt betrayal"?
4
Should one italicise an italicised phase within a book title?