How to parse “once upon a time”?

Native speaker, but I got to wondering what the grammar and semantics of this old phrase are.

What would be a direct translation to modern English? I'm not looking for a loose translation; everyone knows what "once upon a time" means. I'm trying to understand the various semantic and grammatical components of the phrase the way they were originally used.

This extract may help:

early 12c., from Old English uppan (prep.) "on, upon, up to, against," from up (adv.) + on (prep.); probably influenced by Scandinavian sources such as Old Norse upp a. 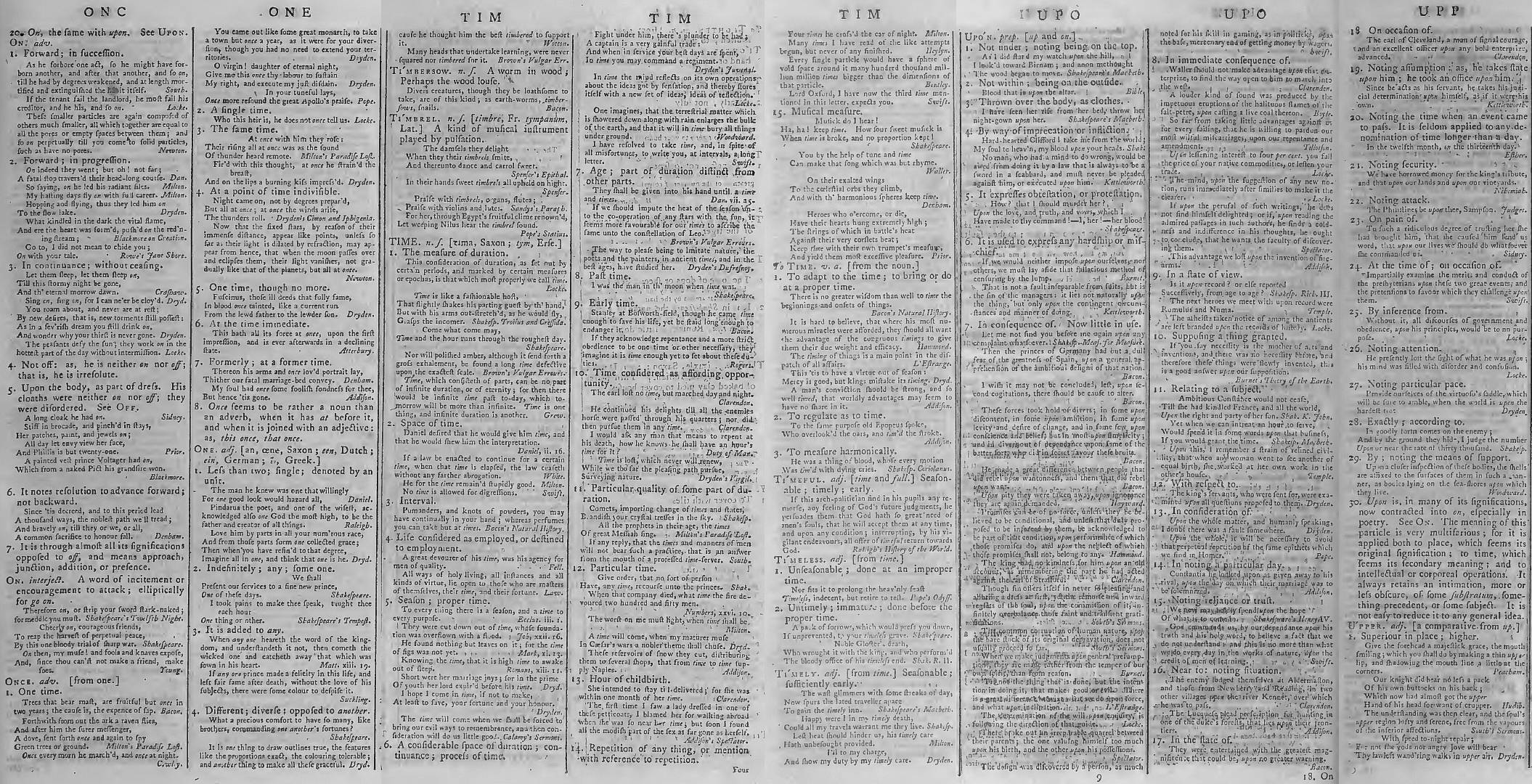 Source (not in copyright by the way):

Johnson, Samuel. A Dictionary of the English Language: in which the Words Are Deduced from their Originals, and Illustrated in their Different Significations by Examples from the Best Writers. Vol. II. The Sixth Edition. London: 1785.

If you write a chronicle the oldest events are on top and the new ones below. So you can say "up in the past/upon in the past" or you can say "once + up/upon (in) a (far) time. "upon" is just an elevated variant of "up".

Not the answer you're looking for? Browse other questions tagged grammar semantics or ask your own question.

14
Recent trends in English grammar
8
Can a prepositional phrase be the direct object?
6
“We went swimming later in the afternoon, Jack and I.”
5
What is the difference between in receipt, on receipt and upon receipt?
1
Archaic verb form “bare”, its semantics
0
What is the semantic role of the subject of a copular verb?
0
Confused by a phrase I heard in Downton Abbey