“There are no comments” vs. “There is no comment”

Actually, I am trying to fix an application that says: "There is no comments"! Would that ever be right?

More generally speaking, it feels wrong to have a plural after the negative no/none or with the preposition without (see my previous question "Without reason" or "Without reasons"?). Those words imply zero, i.e. less than one, while plural is two or more. Yet, I know that phrases like "There are no comments" or "He is without friends" are common. It seems illogical to me.

Are the majority of people making a grammar mistake when using such expressions, or else can you explain why this is correct?

"No comments" is correct, and this construction is common in English. For example, we get singular agreement for number for the value of 1, and plural agreement for anything else.

This extends to "no" as well.

Using "no" combined with a singular is possible, but implies that there would only be either one of that thing, or nothing. This is much more rare (though it comes up from time to time). You might read in the newspaper, "When asked about the situation, the press secretary had no comment." Here it is singular because you either have a comment about a matter, or you don't. If you say a lot of things, it is still considered one comment (at least in the journalistic sense of the word).

Generally, you would say :

There are no comments.

But if you are talking about something that you would only expect one of, you would say is no. For example, if you were complaining to your paper delivery service, you would say:

There is no newspaper in my driveway today.

An extreme example of this is:

There was no moon that night.

Nobody says "there were no moons that night" … you would have to be on another planet for this to make sense.

If you think of comment in the case there is no comment as being short for commentary then you will find it easier to understand how it works and what it means.

"There is no comments" is not correct in any situation where comments is the plural of comment. There is no news, however, is correct because there is no singular version of news.

I would use there are no comments. As far as I can see, in such cases the plural form is preferred.

The only cases where it's used the singular noun is in sentences like: 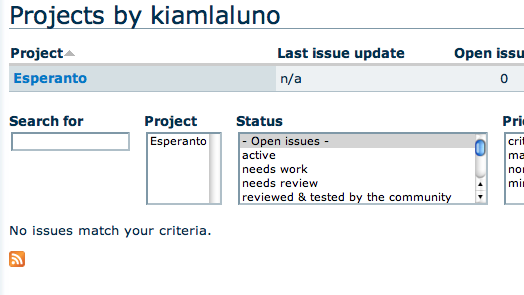 Actually, I am trying to fix an application that says: "There is no comments" ! Would that ever be right??

Not the answer you're looking for? Browse other questions tagged grammatical-number verb-agreement negation there-is quantifiers or ask your own question.

1
Is singular or plural standard for state of none of something?
0
Do I write “zero millimeter” or “zero millimeters”?
0
“I hope there is no error in my essay” vs “I hope there are no errors in my essay?”
-1
Plural or Singular? “There are no books.”
1
There is no ticket or there are no tickets?
72
Why is “zero” followed by a plural noun?
24
Correct plural form of a noun preceded by “zero”
24
Singular or plural verb after ‘no’?
10
“Without reason” or “Without reasons”?
4
Use of the plural with list, and when item count is 0
See more linked questions

73
“There is/are more than one”. What's the difference?
28
“There are a couple of apples” or “there is a couple of apples”?
33
“There Is”/“There are” depends on plurality of the first list element or not?
6
There is / There are
10
“There are no shortage of applications”
0
The omission of articles before the last two nouns in 'There is a missing bridge between business and technology'