What do you call those fenced grassy areas that people own in the countryside? 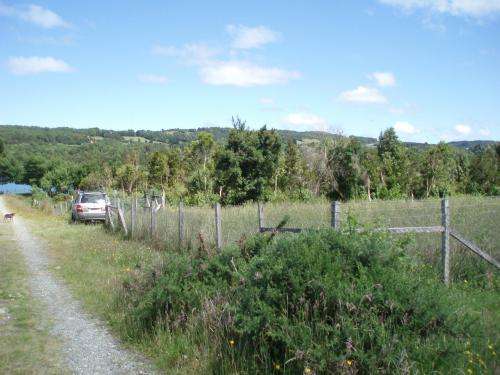 I thought of fenced plot or land lot, but I'm not sure. They are usually used for farming or raising livestock, but sometimes for nothing at all.

I would use field (see Google definition).

Pasture: land or a plot of land used for grazing

If you want to give emphasis on enclosure (as in a fenced area), you can use corral in North American English and paddock in New Zealand and Australia.

corral: chiefly ( US ), ( Canadian ) an enclosure for confining cattle or horses

These words are usually used for the enclosed fields that contain livestock but not necessarily.

In the American west, such an enclosure is often called a "corral," and may be used to contain cattle or horses, occasionally other livestock.

In New Zealand and Australia, however, a paddock is a field of grassland of any size, especially for keeping sheep or cattle. It is normally fenced and defined by its natural boundaries, or is otherwise considered distinct. The equivalent concept in the North America and the UK is a pasture.

16
What do you call a slip of the tongue in writing?
9
What do you call a note that gives preliminary information before the main part?
0
What do you call a 'Nickname' that's longer than the actual name?
4
What is an old legal term for a lease contract that was common in the previous centuries
3
What do you call the new pattern that we perceive in the relative movement of patterned objects?
3
What is the word for a situation where a person benefits from their own mistake and hopes you won't notice?
13
What do you call something that makes you feel empty?
2
What to call a book that does not get a lot of readers?
1
What do you call a word that is used overtly to mean something besides its actual meaning?