Art and Culture are to “Philistine” as Feeling and Compassion are to what?

I'm looking for a noun to embody the adjectives "unfeeling" and "heartless" the same way Philistine embodies "uncivilized" and "crude".

I'm looking for something a bit more tactful than say, "a cold-hearted bastard", which is all I've been able to come up with so far.

Does such a word exist?

I am not sure if it captures the tone you want, but automaton means

someone who behaves like a machine and shows no feelings [Macmillan]

Such a person lacks joy, enthusiasm and sorrow, as well as compassion.

A cruel, unpleasant, or insensitive person: what an unfeeling little brute you are [ODO]

Vulcan parallels Philistine well because it too is the name of a race, albeit a fictional one. In Star Trek, Vulcans are known for rejecting emotion in favor of logic. The term has been adopted into geek, nerd, and Trekkie slang to refer to someone heartless, cold, and logical.

"She's a Vulcan who never cries when the dog dies at the end of a movie."

"You've always had a Vulcan attitude, so I'm sure your attachments won't influence your decision unduly."

Monster comes to mind. It is a noun which is used figuratively to describe a cruel person and it covers the adjectives unfeeling and heartless.

someone who is very cruel

Also, robot is used figuratively to describe a person who seems to have no feelings or emotions.

Although a bit clinical, 'sociopath' is a possible choice. There are various degrees of sociopathy, from extreme behavior that drives young men to shoot and kill children in schools and movie theatres, for example; to milder behavior which make a person unfeeling and heartless. (Note: I'm not a psychiatrist, so take what I've written with a grain of salt.)

I think rat can also convey the idea ( animal personification):

Utilitarianism - A theory in normative ethics holding that the proper course of action is the one that maximizes utility, usually defined as maximizing total benefit and reducing suffering or the negatives...

Utilitarianism can be characterized as a quantitative and reductionist approach to ethics. It is a type of naturalism. It can be contrasted with deontological ethics, which does not regard the consequences of an act as a determinant of its moral worth; virtue ethics, which primarily focuses on acts and habits leading to happiness; pragmatic ethics; as well as with ethical egoism and other varieties of consequentialism. 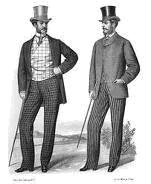 - I say old bean, why don't we simply work the poor to death?

I think story book characters such as The Grinch and Scrooge may carry enough recognition to describe someone in this way.

I should comment that both are likely attached to memories of Christmas and Scrooge also carries connotations of 'tight with money', though you could lead off with either if you're going to elaborate.

Additionally, some other suggestions that may fit:

And the simple and flexible heartless which can be used both lightheartedly and critically.

There are many similar words shown as synonyms for these, I've only listed the ones that I would probably use.

Try sociopath: No feelings, no empathy. (But good for Wall St!)

Nouns such as robot, machine, and automaton could work, though I think I have seen adjectives used in this situation more commonly.

People like that can often described as cold, sometimes frosty or icy. For example:

Steve's frosty persona allowed him to sit through the saddest movies with completely dry eyes.

I know you think you got that answer right, but there's no point in asking Mrs. Tinklebottom to change your mark; she's a total Ice Queen.

A cold fish is someone who is unfeeling, unsympathetic, aloof, and reserved past the point where it is rude.

The term is more tactful than cold-hearted bastard, but not by much. It's informal, but acceptable in polite company.

Barbarian -- one who is barbaric / engages in barbaric acts. This fits in the sense that like Philistine, it is also derived from the name of an historical nation. Of course its meaning has become quite diluted over time.

Boor -- is a remote possibility, though it tends to denote a certain uncouthness and lack of social graces rather than an out-and-out lack of feeling. Still, a possibility, and also derived from a nation / group of people (Dutch farmers of olden times).

Cutthroat -- one who is willing to cruelly and mercilessly take from others in order to forward their own agendas.

Butcher -- connotations to this one are quite clear.

2
What word or phrase means 'that which provides a sense of meaning to one's life'?
13
Adjective to describe an argument that changed my mind or makes good sense?
14
Uncommon Term for an Excellent Orator?
4
Term for an unevenly aligned street intersection?
3
Noun or best suggestion to describe the accumulation of interaction (pos/neg) between two people