Quotation ascribed to Benjamin Franklin, "We are all born ignorant, but one must work hard to remain stupid." 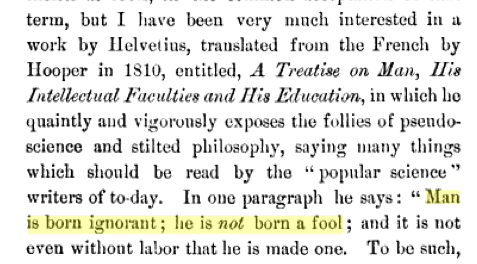