How to use a person's given name, followed by what they're also known as, in the same sentence

How do we use a person's given name, followed by what they're also known as, in the same sentence? For example,

There's just no denying that Barry Allan a.k.a. The Flash is one extremely fast guy.

Not sure if any commas, quotes, parentheses, etc. are needed, or where to put them. I'm kind of new to all this stuff, so forgive me for the stupid question.

When spelled out, it would be "There's just no denying that Barry Allan, also known as The Flash, is one extremely fast guy."

I would follow the same pattern with the abbreviation.

There are several options, as have been mentioned in other answers, but I'd like to point out a couple of subtleties. If the alternative name name is a nickname, it's common to see it displayed in quotes between the two names; for example, Lt. Peter "Horse" Caulk was an instructor in the film Top Gun: 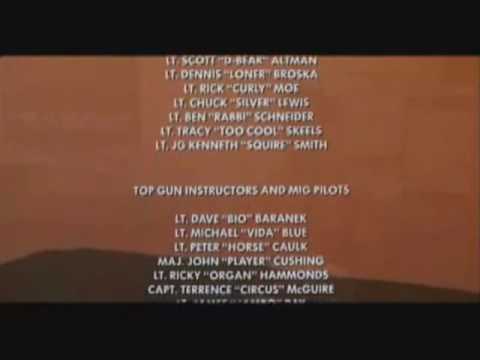 However, this is only usual if the name is used often to refer to the same person; while "Peter Caulk" and "Horse" are different names for the same entity, "Barry Allen" and "The Flash" refer to different identities, which just so happen to be the same person underneath. You might write Clark "Superman" Kent, but this would imply that everyone knew that they were the same, which certainly wouldn't be true in-universe.

Other than that, the alternative name should come after the main name; the order is important. "Barry Allen, a.k.a. The Flash" is different to "The Flash, a.k.a. Barry Allen"; the former implies that the focus of your discussion is Barry, while noting that he also goes by "The Flash", where the latter indicates you want to talk about superhero. Contrast the following sentences:

One last thing: sometimes you will see quotes being placed around the alternative name, which generally indicates that the writer disapproves of the name, or doesn't accept it themself. For example,

In this case, I tend to read it as if they'd written "so-called", as in

It's subtle, and I'm sure some people would disagree, but I'd generally read an alternative name in quotes that way.

Just checked the NYTimes. Names and phrases that are preceded by "also known as..." are regarded as non-essential clauses and written between commas:

"In modern times, the most effective way to coordinate behavior, other than through government, has been through a company, also known as a firm."

"Those partners have included 60 device makers that used application programming interfaces, also known as A.P.I.s, so Facebook could run on their gadgets."

I just put the information in parentheses:

“There's just no denying that Barry Allan (aka, The Flash) is one extremely fast guy.”

I play a video game and most of us have a screen nicknames and when I make a comment about a player I will usually word it in this way 'Congrats to The Flash (aka: Barry Allen) for leveling up to Master' I do this because to me 'The Flash' is what he is commonly known to everyone as and his real name is secondary, at least that is my reasoning.

Not the answer you're looking for? Browse other questions tagged syntactic-analysis writing-style or ask your own question.

0
What is the name for a comma delimited list with parenthetically labeled items?
1
How to overcome this awkward structure, given that I won't use the structure “natural object + whose..”?
3
Grammatical structure of the given sentence
0
What kind of sentence is this and why would a writer use this?
2
Is this a run on sentence, if not, what is the name of this sentence structure?
0
How to use “is prohibitive” in a sentence?
1
What is the grammatical name and function of this sentence
2
How do you parse the sentence?