Can you still call a woman "handsome"?

On the recommendation of some regulars here, I managed to watch the movie The Madness of King George over the weekend, and found it excellent. Anyway, one funny scene in the movie is when King George, who despite being contentedly married is quite flirtatious, remarks on the looks of one of the Queen Consort's ladies-in-waiting to the head of his attending guards:

That's Lady Penbrook. Handsome woman, what? Daughter of the Duke of Marlborough...husband's an utter rascal.

Handsome and pretty are two different types of human attractiveness, with handsome being more rugged and angular, and pretty being softer and more delicate. We tend to associate handsome with masculine beauty and pretty with feminine beauty, but there are also pretty men and handsome women. As alluded to by Brian, the use of the term might not necessarily be viewed as a compliment, since it implies a gender-atypical look.

Well, the use of handsome in that film may well be archaic or it may not. According to NOAD it currently means

handsome (of a woman) striking and imposing in good looks rather than conventionally pretty.

What I think it doesn't mean is hot in the sense we would use it today. The emphasis is on striking: she's not conventionally pretty, but neither is she ugly. She has striking features.

Here is someone I think would fit the bill rather, er, handsomely: 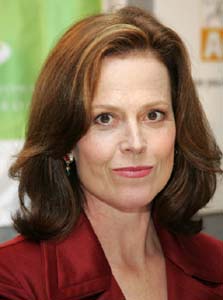 And here is someone who is more conventionally pretty: 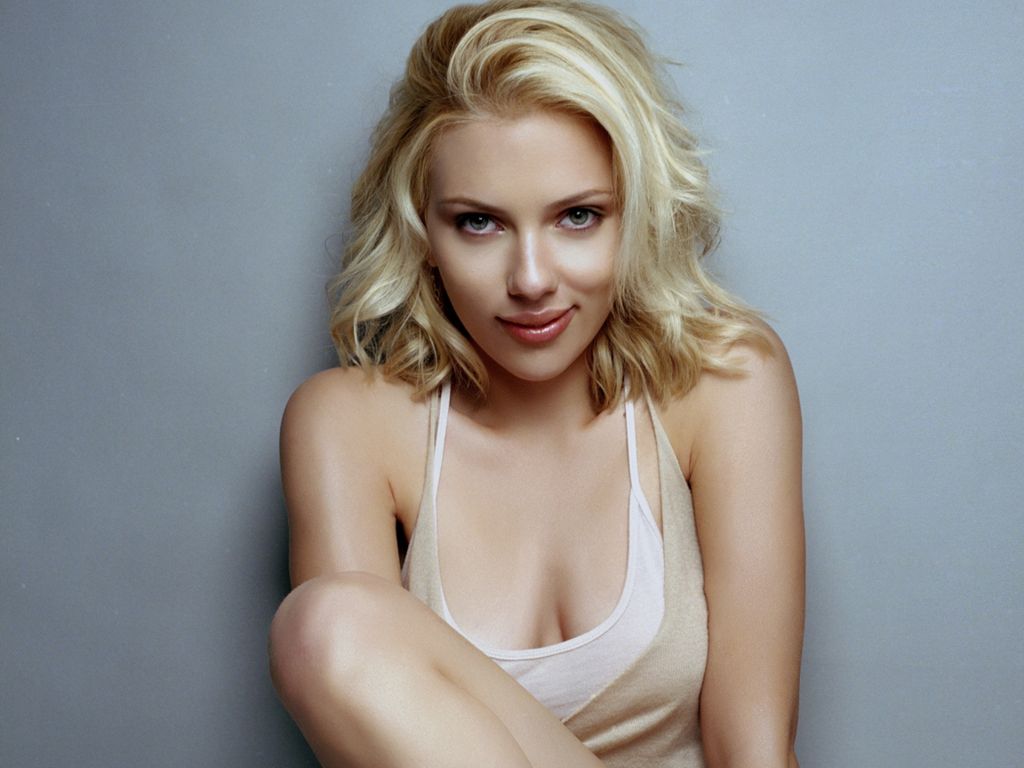 But remember the worn adage about beauty being in the eye of the beholder? It's worn because it's true. There are certainly people who find Sigourney Weaver more attractive than Scarlett Johansson. And I can tell you who I would choose in a heartbeat if I were ever in a death match with an alien.

I don't know about other parts of the US, but in the South it is very common to refer to a lady as handsome. In general it is a term used by older folks. A woman who is handsome has good looks that keep and she may have a certain chiseled quality or ruggedness that is noticed more on men, but is distinctly feminine on her. This is someone who ages well. My grandmother would always point to women 'looking handsome' at church.

A woman who is described as handsome rather than beautiful or lovely is by implication one whose appearance aesthetically satisfies the observer but does not markedly stir his deeper feelings.

I was under the impression that "handsome" was reserved for older (~50+ yo) women. Perhaps used when beauty had faded but the women retained a certain je ne sais quoi. I thinking here of Glenn Close, Sigourney Weaver or Helen Mirren.

That being said, I have not heard the term used for a while.

This is a condensed version of a multitude of posted answers on The Net(that I agree with): "By a handsome woman, we understand one that is graceful, well-shaped, with a regular disposition of features. Usually applied to a woman who is very well-groomed with the kind of refined beauty and attractiveness that requires poise, dignity, and strength of mind and character.

The Irish song "Tell Me Ma" includes the following line, referring to a woman as "handsome" as the first of multiple positive adjectives:

"She is handsome, she is pretty, she is the Belle of Belfast city."

According to the Wikipedia article linked to above, Sham Rock's recording of it in 1998 sold over 200k copies (>3M including compilation albums) and stayed on the UK top singles chart for 17 weeks, reaching #13. This is a relatively recent popular example repeatedly calling a woman "handsome." By context in the song, the woman referred to is a young woman of courting age and highly desirable ("all the boys are fightin' for her").

I suggest that it is a dated phrase. It enjoyed some popularity, and you can say it, and if you do you bring the meanings presented in other answers, but in doing so you bring a certain stuffiness or old-fashionedness to your sentence.

As the google ngram shows, it peaked in usage in the 80's. Since that's now over 20 years ago, it seems fair to say "it's dated".

note: google isn't smart with quoted phrases in its ngram urls. If you follow the link I provided, adjust the end year to 2015 and hit "search" to see the result.

4
Is “handsome” associated with masculinity and “pretty” associated with femininity?
12
What's the origin of the stock phrase "tall, dark, and handsome"?
1
What is the female equivalent for "handsome"?
1
"Beautiful" for boys?
1
Why do we say the earth is beautiful, not handsome?

1
Why do they call the counterpart “that woman” to press corps after parting from a female?
3
"Woman front bits" meaning
0
jungle town and sporting woman
2
Can "nice" when used about people mean "beautiful"? Can a nice woman be ugly?
4
Can you vs. Do you think you can
5
Can the term divorcée apply if a woman has not only divorced, but subsequently remarried?
1
The word "Still"