Where in the world are cabinets called cupboards?

I understand the difference between cabinet and cupboard.

However, I have spent part of my life redoing houses and I have only ever heard of kitchen cabinets. In fact if I order "cabinets" the stores and manufacturers refer to them as kitchen cabinets.

[This question stems from me traveling in Europe the past few weeks. All non-native English speakers were taught cupboards.]

Just to give the most uncupboard type example. Something like the picture below was called a cupboard in three different countries over the past week. Trying to be really specific here. I am wondering if this is an actual term used, or if it is a term from books that were outdated used to teach English. 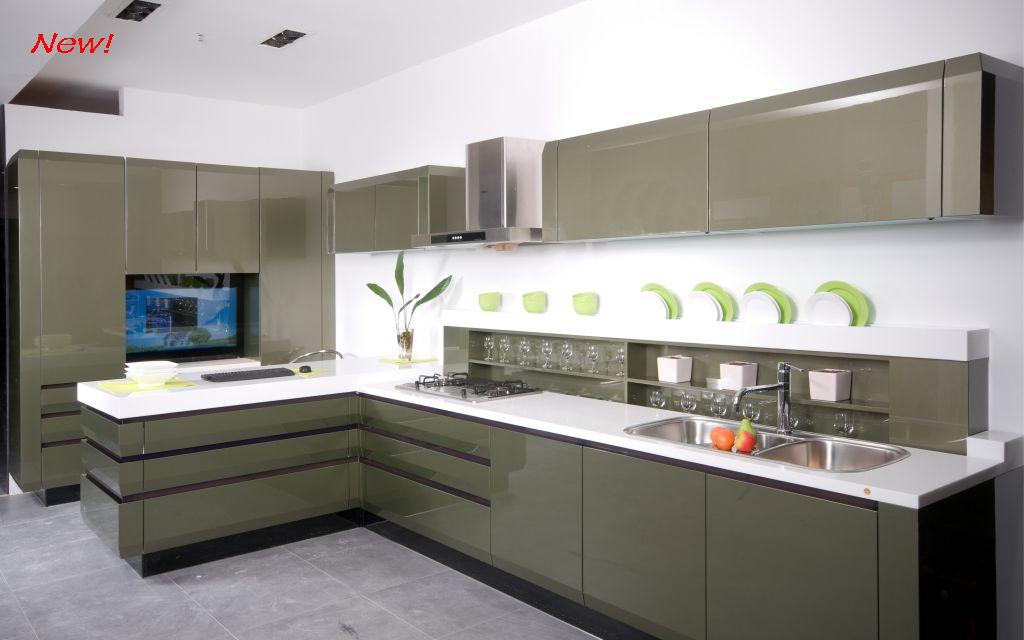 To add some of my background I went to the three biggest home improvement store sites (in the US) for some insight.

Where in the world are cabinets more often referred to as cupboards? In the world of ESL (English as a second language).

I teach English to private students in my spare time and in all the textbooks I have in my possession, be it for nursery school children or adults who are taking advanced level exams, the piece of furniture that the OP refers to as cabinet, is rarely mentioned. In fact, I don't think I've ever seen the word cabinet in any ESL textbook.

Instead, it's cupboards (unless it's a trophy cabinet); wardrobes (never closets); sofas (never couches); and bedroom or kitchen dressers (never hutches) etc. This might well explain why the non-native speakers in Europe were all familiar with the term cupboard but not with cabinet.

Edit 1
And I confirm @Dan Sheppard's statement that the above linked terms are standard British English terms.

I scanned this page from an English coursebook with its accompanying picture. It's taken from Elementary New Headway English Course by Liz and John Soars; published by Oxford University Press. This edition is dated 2000 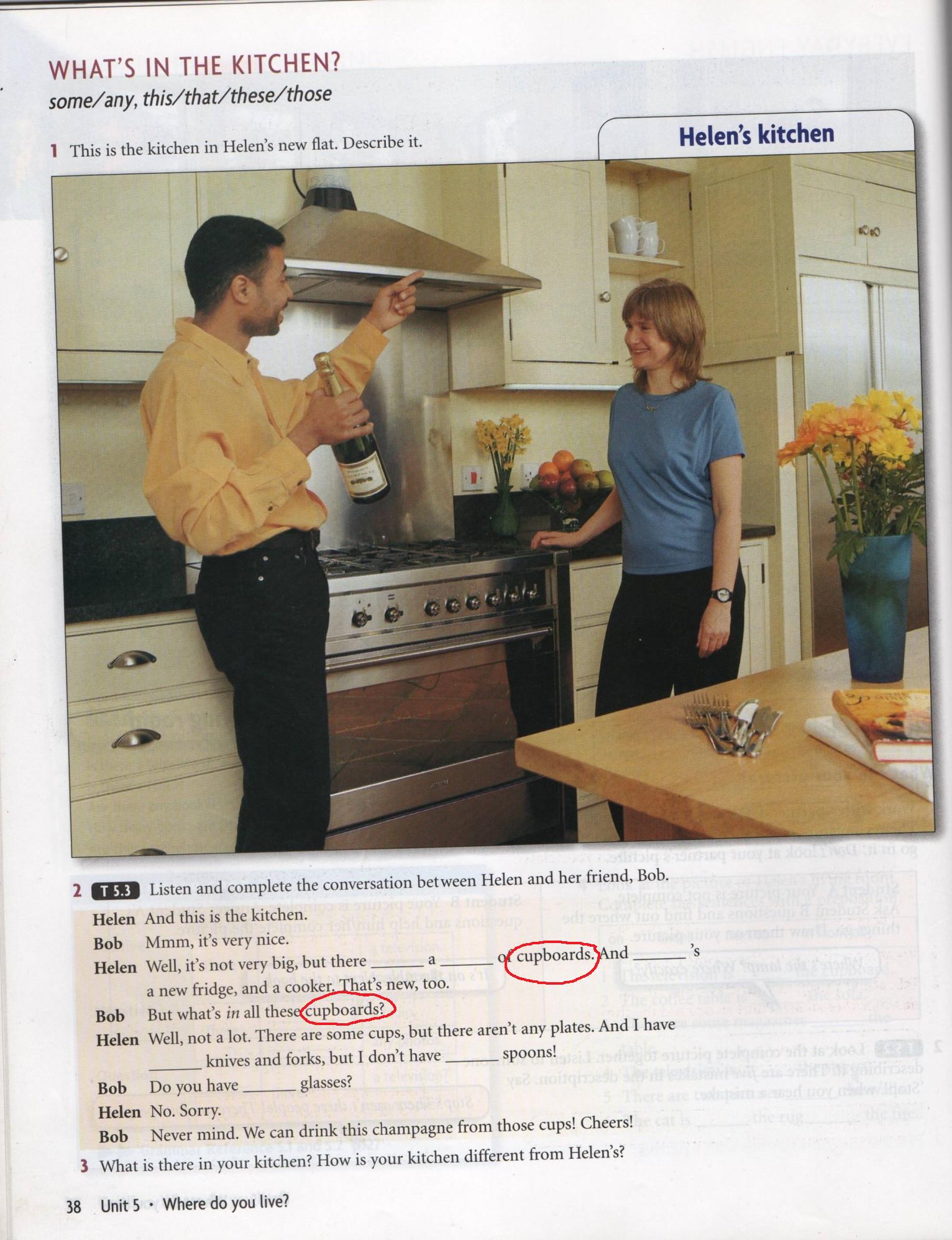 Headway was first published in 1986 as a two-level course and its integrated syllabus, explicit grammar rules and user-friendliness made it work equally well in the hands of both experienced and novice teachers. Now in its fourth edition, its continuing popularity has resulted in 70 million copies sold and it is estimated that more than 100 million students in secondary schools, tertiary and teacher training institutions in 127 countries have learned English using the course.

Not all kitchen cupboards in the UK or for that matter in ESL textbooks are like the ones shown in the image above. There is another type of cupboard, the tall freestanding unit containing shelves complete with one or more doors. In New English File Elementary by Oxford University Press, 2008, there is an exercise where you have to match the words with the pictures. 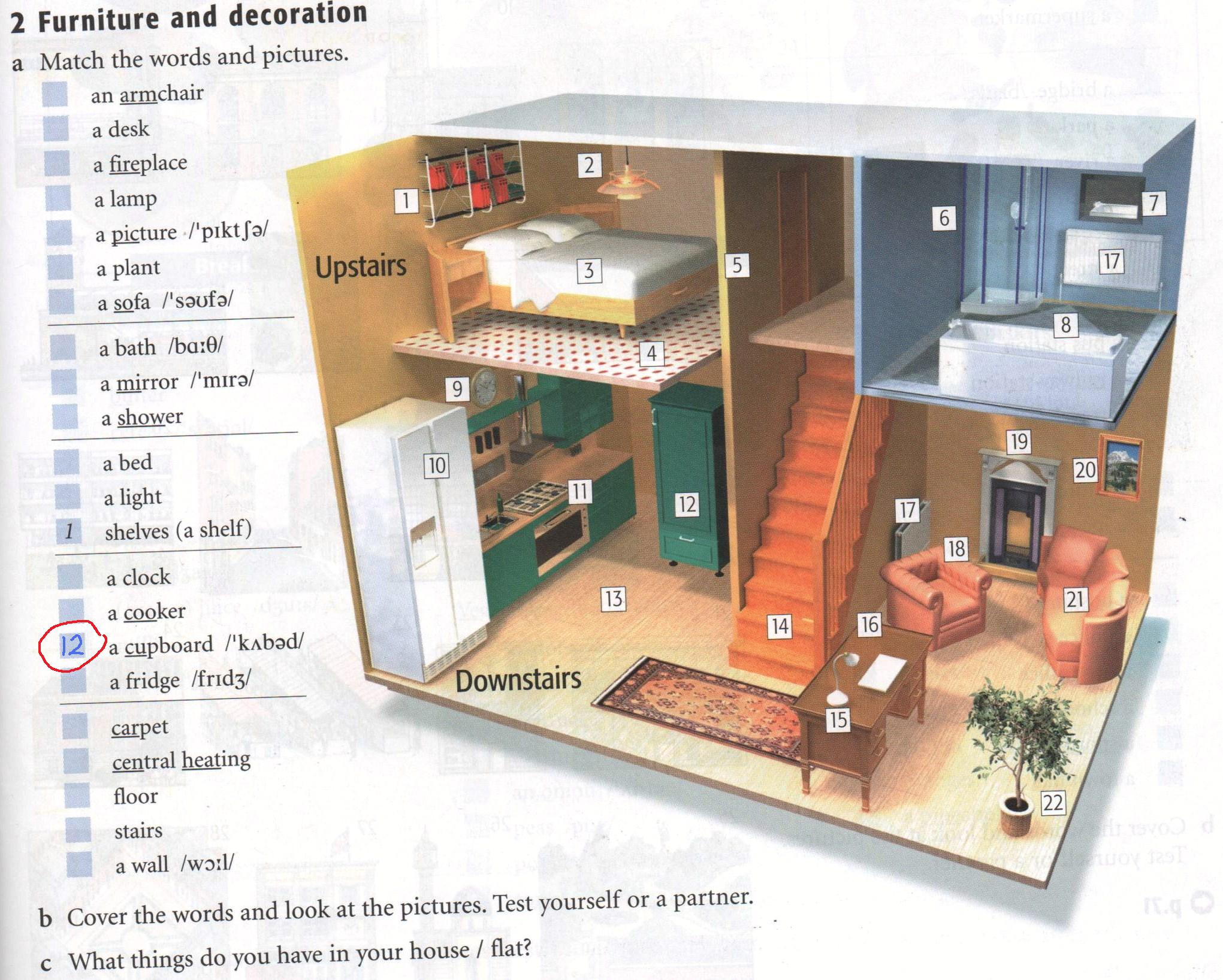 Take note that AmEng terms such as; stove/range, faucet, couch/loveseat, and cabinets=cupboards, are rarely found in British English coursebooks nor taught to learners. In my experience Italians tend to be taught English by non-native speakers who were themselves taught exclusively in British English. The ubiquitous AmEng terms such as: candy, cookies, (french) fries, soccer, elevator, and truck, might be taught alongside sweets, biscuits, chips, football, lift and lorry but strangely enough, AmEng named furniture is normally excluded and I don't really know why. Generally speaking, the teaching of furniture vocabulary is relegated at elementary levels and rarely revised or expanded at higher levels.

If you type 'buy cupboard' into google, you will find a very large number of results with the .co.uk suffix. You will find cupboard in use anywhere British English is the dominant form of English. This statement is supported by the answers of @Ronan and @user3217790 who confirm its usage in Ireland and Australia respectively, where British English is spoken, not American.

In Ireland, especially among the older generation, where these cabinets actually were used to hold cups, they're called cupboards. A quick Google.ie search for "cupboards" results in a range of listings for furniture retailers selling "cupboards" rather than "cabinets", although "press" is probably the most common term for these.

The popular Paddywhackery website Irish Central also uses "cupboard" listed in its Top Ten words the Irish use that confuse Americans as a means of explaining what a "Hotpress" is. Although I think the use of cupboard may just confuse the Americans further.

Again, this seems totally logical to the Irish mind. The hotpress is the airing cupboard where you might store sheets and towels, located next to the boiler. So therefore it is a press (cupboard) which is hot.

Australia - cupboard is far more commonly used, especially when referring to one that is built in to a house, rather than free standing.

13
What's the difference between "cabinet" and "cupboard"?
4
From ‘cupboard’, a chair is taken out?

8
"Highest building of/in the world"
2
What are single views of an online banner ad called?
1
Where is the term clockwork used?
2
Are there times where "wanna" sounds weird in everyday speech?
3
What is the phenomenon called, when things start resembling what you are thinking about?
4
Why are phonewords called vanity numbers?