Is there lunchtime analogue of the 'breakfast of champions' idiom?

In British English (possibly US too) there is an an idiom which it is to suggest that something is the 'breakfast of champions' when the content of the breakfast is particularly notable.

Is there a lunchtime analogue of this idiom? Or a phrase that can be used in a similar context where the meal concerned is lunch.

Note I am not looking for 'lunch of champions' but real unadulterated idioms.

I think the term Power Lunch is both common and its slang definition fits your needs. In the corporate world it would simply mean a meeting of top officials over lunch but in common usage it would imply a high-energy meal at lunch. 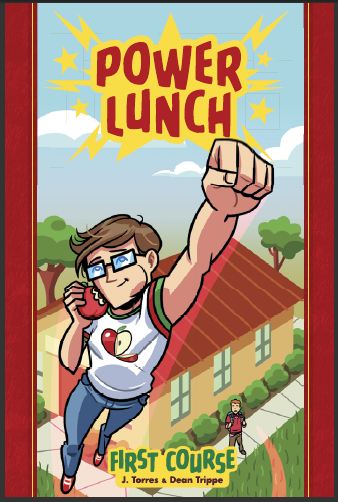 "Breakfast of Champions" was an advertising slogan used by Wheaties brand cereal at least as far back as the 1950s. To the best of my knowledge that's where the phrase originated. They would regularly run ads with some champion athlete saying how he eats their cereal, rather implying that he became the heavyweight champion of the world or whatever just because he eats Wheaties, and then end with the slogan, "Wheaties -- the breakfast of champions!" The point, by the way, wasn't that it was a large breakfast or an unusual breakfast, but that Wheaties was supposedly very nutritious and would give you energy or something to perform your best for the day.

If this has become an idiom for something in Britain, I wouldn't know. Here in the U.S., people will occasionally use it as a joke, like have some totally non-nutritious breakfast -- a pop-tart or a beer or something -- and say, "Yes, the breakfast of champions." I've never heard it used in any other context.

I'm always fond of a bit of alliteration, and to tie in somewhat to Breakfast of Champions, how about

I don't think there is such an idiom pertaining exclusively to lunch, and I can't find anything appropriate in a search for idioms containing 'lunch' on The Free Dictionary.

The closest I can think of is 'a lunch fit for a King'. However, this isn't a fixed phrase, and although I personally associate the idiom 'fit for a king' with food, it can apparently be applied to any other context involving luxury and indulgence.

I think "Liquid Lunch" fits the bill rather well, particularly in the context of KVJ's ironic use of BoC.

6
Is “break for” something an idiom or a set of words? What does it mean?
3
What words or idioms are there for “beneficial constructive distraction that would establish or facilitate balance”?
4
“Any way, shape, or form”
5
A phrase for “extremely bad luck”
1
“Can't you see the person is embroidering?” - idiomaticity and alternatives?
58
English proverb for “They danced, but didn't take a bow”, as for failing good work on a final step
2
What is the role/function and origin of “to” being used in the idiomatic phrases “there's something to him/her/it” & “there's nothing to him/her/it”?
2
Expression for something old deceptively offered as something new
1
Is there a more modern version of the idiom “as the crow flies”?