Why are the same words translated differently into English depending on their meaning?

I've seen it several times before, but only have one example at hand right now. This Forbes article mentions Russia as country's name, but Rossiya as the bank's name, despite that these words are exactly the same in Russian, where they are translated from.

Is there some kind of rule for this?

It's a matter of when and where these words were romanized.

The English word Russia is a very old term for a very old country. When it was coined, the romanization of English words tended to be very English-centric. "Russia" is both (1) close enough to "Россия" that it was understandable, and (2) easy for medieval English speakers to pronounce.

Once a word enters the English language in a romanized form, that romanization tends to stick. But principles of romanization shift. This can be seen most clearly in Chinese. In the 1950s, the Chinese government created a new romanization system to replace the older Wade-Giles system.

Under the old Wade-Giles system, China's modern captial, 北京, was known in the West as "Peking." Under the new pinyin system, it is transliterated as "Beijing."

These days, most new names romanized from Chinese into English use pinyin, and most media outlets use pinyin for the names of many places, too: Beijing for Peking, Hangzhou for Hangchow, etc.

But older names and terms that entered the English language before the pinyin era are still commonly used in their older romanizations. Even though nobody flies to Peking anymore, we still eat Peking duck, not Beijing duck. You are still just as likely to hear about Mao Tse-Tung as Mao Zedong, and Kung Fu Zi has not replaced Confucius. The older the term was when it entered English, the more resistant it is to change.

So Russia, a word that entered English in the middle ages, is very resistant to change--to the point where it is now considered a translation, rather than a romanization. On the other hand, when translating the names of foreign entities, journalists tend to follow set rules, a set system specified by a style guide. This applies to newly translated names--for example, a bank called "Россия," which is transliterated according to a set system (in this case, probably BGN/PCGN romanization). It doesn't apply to the country, which already has an established English equivalent.

The "rule" is really simple. The country Россия is a thing or concept that is well-established in English, and has been forever, so it has an English equivalent by now, Russia. Everyone knows it, everyone uses it. Россия as the name for a bank has no meaning in English, because it's just a name. A label. So on the (very seldom) occasion that you have to mention that bank (nobody has ever heard of), the name gets transliterated to make sure everyone's on the same page.

This is true of all languages, not just English. Observe what you do in Russian:

So why are the same words translated differently into Russian depending on their meaning? Well, the answer is right there in the question: because the meaning is different. Different meanings are translated differently. Los Angeles simply is not the same thing as los ángeles. Not even to a native speaker of Spanish, much less to a Russian.

So as you can see, Rossiya is the complete norm, not an exception by any means.

Russia is the English exonym of the country. And Rossiya is the bank's name, taken from the country's endonym, transliterated in Latin characters

There is no single universally accepted system of writing Russian using the Latin script — in fact there are a huge number of such systems: some are adjusted for a particular target language (e.g. German or French), some are designed as a librarian's transliteration, some are prescribed for Russian travellers' passports; the transcription of some names is purely traditional.

Conventional English transliteration is based to BGN/PCGN, but doesn't follow a particular standard.

The modern name of Russia (Rossiya), which came into use in the 17th century, is derived from the Greek Ῥωσσία (transliterated Rossia, nowadays spelled Ρωσία and transliterated Rosia) which in turn derives from Ῥῶς (transliteration: Ros), an early Greek name for the people of Rus'.

Then it goes back to Finnish and Old Norse also. 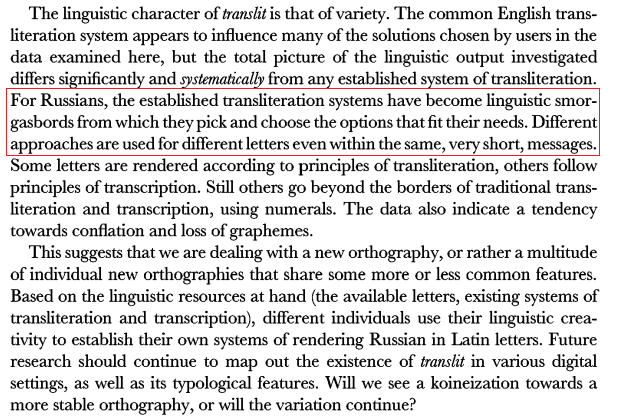 Country names are usually translated, possibly with the exception of the very smallest countries. So the name of the country gets translated, with the result that you get quite different words for example in English (Russia), German (Russland), or French (La Russie). In other cases you get totally different words, like Germany: English = Germany, German = Deutschland, French = Allemagne. Not even remotely similar.

(Mentioning other languages to clarify that for the country name we use a translation, that is an English word that could potentially be completely unrelated to the corresponding Russian word).

It's very similar to the situation of Crédit Agricole whose name essentially means 'Agricultural Loans' in French. Only very pedantic or pretentious people would refer to 'fromage francais' instead of 'french cheese' in normal English conversation but no one calls Crédit Agricole by anything other than its French name even when referring to its London office.

Not the answer you're looking for? Browse other questions tagged translation transliteration or ask your own question.

46
How should I spell Zelensky?
1
What is the purpose of changing "Nürnberg" to "Nuremberg" in English language?

21
Are there sentences in languages which use grammatical gender that lose meaning when translated into English?
2
Why do some non-English words become English words?
10
What would you call a word that doesn't exist in or translate well into another language?
0
Are these two meanings of "phenomenal" related?
5
What is the accurate English translation/meaning of the phrase "In nocte consilium", the motto of Birkbeck College in London?
2
Translation of mountain and lake names
1
Why are archaic English words often used in translations?
2
English possessive for a name that ends in an apostrophe (in this case, in transliterated Ukrainian)?
4
English equivalent of the German suffix '-weise'