What is the word for a fear of hippopotamuses?

To clarify, I am not talking about the healthy fear that a normal person would have of a large two ton animal being in their close vicinity, but an irrational fear of such a creature even when the situation would not warrant it, i.e. a true phobia. For instance, some children will seem to go through phases where they will have a phobia of something, becoming hysterical on sight of said thing even when they are in a safe protective setting where there is nothing to worry about.

It would be a common sense to have a fear of hippos so a phobia of hippos would be very unlikely. Hippos are the number one human killers among the mammals and they are very aggressive animals. They are also the most dangerous animals in Africa (after mosquitoes).

So, there is no established term for the fear of hippopotamuses but it would be a rare case of zoophobia.

Zoophobia is not the sensible fear of dangerous or threatening animals, such as wild bears or venomous snakes. It is a phobia of animals that causes distress or dysfunction in the individual's everyday life.

From the book "Anxiety Disorders in Adults A Clinical Guide" By Vladan Starcevic, MD, PhD: 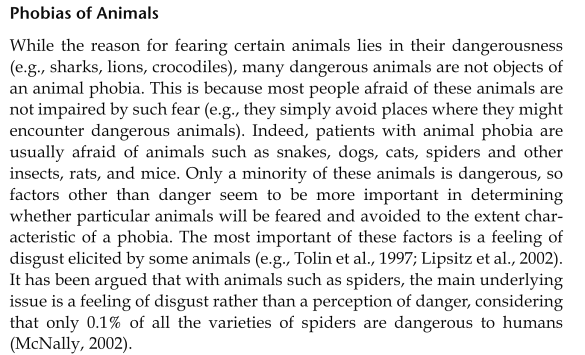 Though, there is a phobia of wild animals: agrizoophobia. Most of the sources say that it is rarely diagnosed and it usually effects people in urban lifestyle. Zoos and films are common triggers.

Agrizoophobia is a relatively common fear that is rarely diagnosed by a professional. The reason for the lack of diagnosis is simply because agrizoophobia is the fear of wild animals and is one that most modern people have.

Since this is somewhat a catch all for other phobias such as the fear of snakes there are numerous people that have some symptoms relating to agrizoophobia that could be heightened depending upon the type of animal involved. For example, someone with a fear of snakes specifically is going to react much worse to snakes than they would a wild boar.

For those with agrizoophobia often times the fear is related to the unknown or unpredictability with wild animals less than the actual appearance of a wild animal. Someone that has agrizoophobia may be afraid of rumblings in the forest but when they realize it is just a squirrel the fear may go away. This is because the unknown is often times much more impactful than the actual reality is. This doesn't mean that someone with agrizoophobia would be alright seeing a bear as opposed to hearing a the rumblings of a bear. With this particular phobia the reaction to different types of animals and the scenario around them can be very unpredictable.

Not the answer you're looking for? Browse other questions tagged single-word-requests phobias or ask your own question.

4
Word for bias against or fear of foreign languages
3
What is the word for fear of fear?
1
Is there a single word for “fear of duplicates?”
5
A word for the fear that everyone can read your mind?
2
Is there an English word for a fear of salt?
1
Term for the Fear of Fictional Characters
0
Word for “Fear of not living up to one's potential”
3
What is the term for fear of getting fired from one's job?