Is the term "KTV" in use in any English-speaking country?

While travelling recently for two months in mainland China I noticed many buildings with the English letters KTV in their signage.

At first I thought this was something to do with company names or such and had no idea what the usually very gaudy buildings were for. Later I learned they were Karaoke places and still wondered about the Latin letters common in their signs.

I finally discovered that KTV is widely believed to be an English term originating in an abbreviation of Karaoke Television. I found this to be quite odd as I'm a middle aged native English speaker and have travelled in the majority of the other English speaking countries of the world but had never seen this term before. In fact to me it has the feel of "foreigner English" a bit like the German term Handy and many Japanese terms, which look like English, are believed by many speakers of those languages to be English, but are not used, or do not have same meaning, by native English speakers.

It does get Google hits in English speaking countries, but not many and, without further evidence, I assume it is infrequently used for Asian-themed karaoke places, or places run by and targeting Asian customers, in western countries.

But I don't know everything, so maybe this is widely used by native English speakers in some English-speaking part of the world that I never ran into.

Does anybody know the true origin and history of this term? Is it really used in English? Is it only used in "foreigner English"? Could it be due to some brand or product name in some Asian country that became genericised? - I believed that's how Germany got Handy.

I'm now (early 2015) travelling in Cambodia and have found that KTV is the usual term here too, though karaoke is also used. I kept an eye out for it in Malaysia, Thailand, and Laos and only saw it occasionally at Chinese style places. 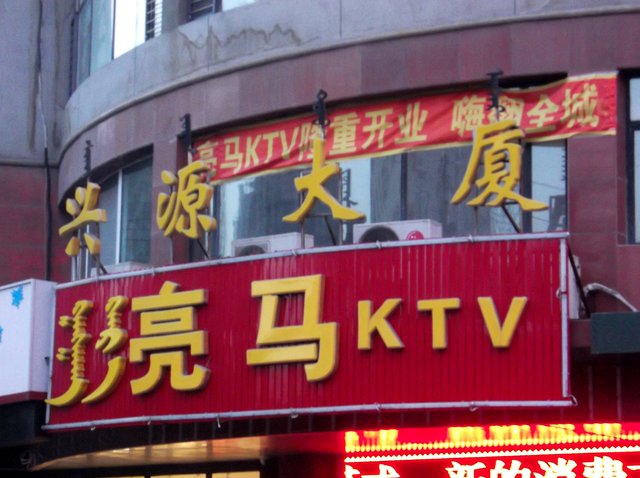 KTV sign in Mongolian and Chinese in Inner Mongolia, China 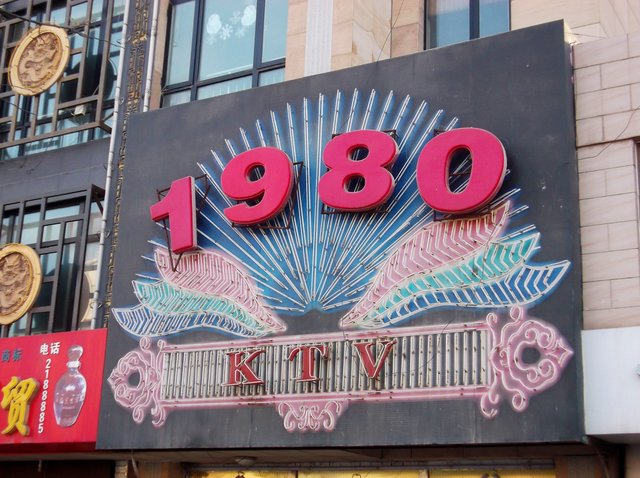 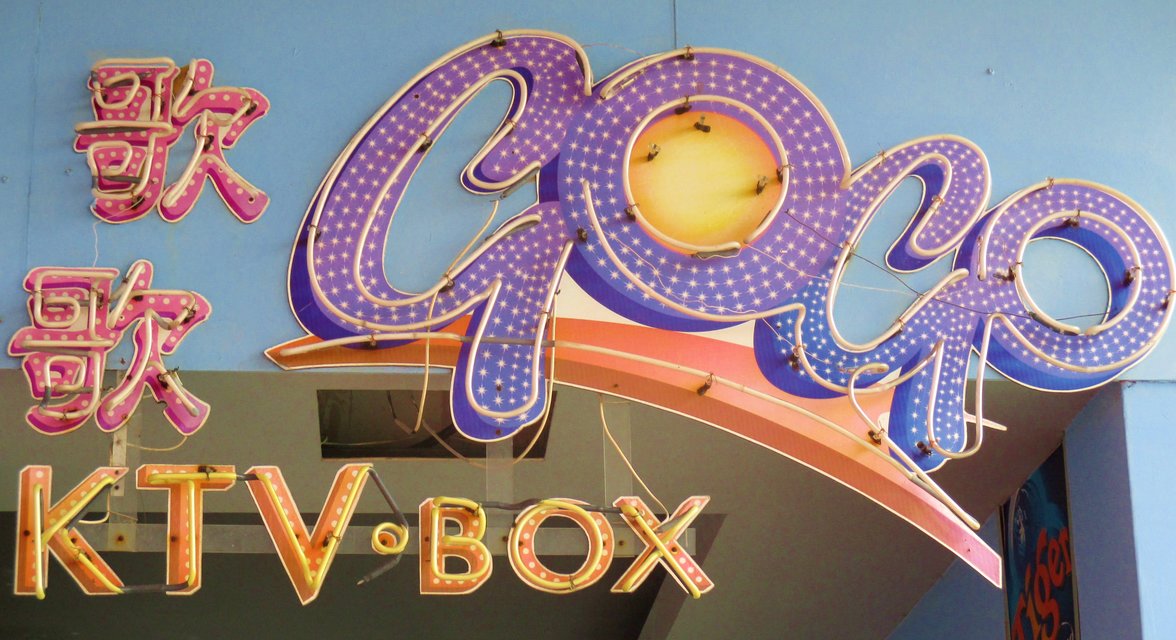 The origin seems clear enough: an abbreviation for karaoke television. Whether or not the average person in China understands the origin is probably not relevant as to its popularity; after all, I think relatively few Americans could write out the long form for RSVP.

Several years ago, it was widely reported in anglophone media that some arm of the Chinese government was trying to discourage the use of roman acronyms like NBA (but not Q?), and while I think this is probably an example of press misunderstanding or exaggeration, the reports acknowledge that various acronyms are commonly used in China— indeed that various organs of the Chinese state itself are best known by their English abbreviations, like CCTV and SARFT.

KTV returns zero results from the British National Corpus, and the one entry in the Corpus of Contempotary American English is the name of a television news show. So I turn to the Corpus of Global Web-Based English (GloWbE), which turns up the following results by country:

Almost all of these refer to karaoke or karaoke parlors, so depending on your standard for "English-speaking country," it does seem to be in use in Singapore, Hong Kong, the Philippines, and Malaysia.

In fact, there are even more results for noraebang (the more obscure Korean term for the same entertainment; venues are signed with NRB) in Singapore than for KTV in either the US or UK corpora. The Google Books results for KTV, similarly, refer exclusively to karaoke parlors as they exist in China, Taiwan, or Southeast Asia.

The Yelp category is karaoke (though KTV turns up in some reviews, along the lines of This place reminds me of a KTV/karaoke place in Guangzhou). For Google Maps/Google Local in my area, there are 414 results for karaoke, and only 3 of any kind for KTV, only one of which is for a karaoke joint.

All of this suggests very strongly to me that KTV as a term referring to a karaoke establishment is not a mainstream usage in the US (and does not seem to be in the UK or Canada, either), though expats or tourists might use it, and any businesses catering to them.

Never heard of it, native AmE (California/Indiana). Google search brings up a few hits of karaoke places called "KTV" in the US, but given the prevalence of the name that you report in China, I'm guessing those US locations imported it from China rather than vice versa.

Not the answer you're looking for? Browse other questions tagged etymology history abbreviations initialisms or ask your own question.

6
If a word is coined / popularized / used only or mainly by second-language speakers of English, is it still considered to be an English word?

27
How did English get the "What is your name?" construction?
12
Root + "-ophone" construction to describe speakers of a language
4
When was “Uh huh” invented? is “Uh huh” a formal English?
6
If a word is coined / popularized / used only or mainly by second-language speakers of English, is it still considered to be an English word?
13
What is the origin of the term "cooling glass" as the term for sunglasses in Indian English?
10
When did Asian come to mean only certain parts of Asia such as the East?
1
Etymology of the name Wales/Welsh in modern English: which one is the basic term?
0
Prior to the 20th century, what was the noun for an individual person from a country whose demonym ends in '-ese'?