Is there a word or phrase for ethical value based on economic value?

I'm not even certain that such an ethics system exists, but I can think of at least a few people who consider economic levity to be a sign of moral absolutism, and that those who are economically destitute are immoral individuals.

Is there a word or phrase for this belief? The belief that one's economic standing indicates one's value on an ethical scale?

In other words, an ethical system in which the good are rich (or rewarded by becoming rich) and the bad are poor (or punished by becoming poor) would be called...

Welfarism has this sense in it and it is one of the theories in normative ethics.

Welfarism is the view that the morally significant consequences are impacts on human (or animal) welfare. There are many different understandings of human welfare, but the term "welfarism" is usually associated with the economic conception of welfare.

From the book "Welfare, Happiness, and Ethics" By L. W. Sumner: 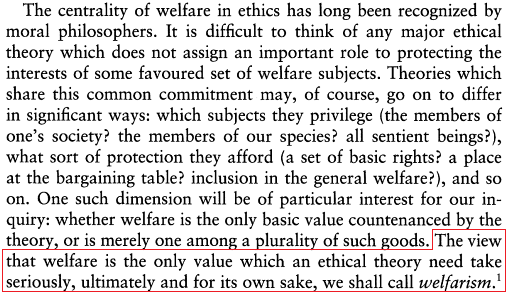 Also, a basic definition and an example of welfarism from the book "Business Ethics For Dummies" By Norman E. Bowie, Meg Schnieder:

The notion you have in mind may be related to "prosperity theology," according to which God rewards faith with increasing material success and inflicts poverty as a punishment (or an inherited curse) for wrongdoing. Viewed without sophistication (or sophistry), this explanation for economic inequality would seem to make wealth a sign of moral virtue and poverty a sign of depravity.

"Prosperity theology," in turn, seems to have something in common with "economic Calvinism," the notion that God's providence flows to those lead their lives properly (by obeying God, working hard, and avoiding frivolous luxuries), so that prosperity may become a sign of God's favor—assuming that the prosperous individual also upholds the other tenets of the religion.

The somewhat awkward theoretical relationship between religious or ethical virtue and economic affluence has been a subject of sociological inquiry at least since Max Weber's The Protestant Ethic and the Spirit of Capitalism (1905). The emergence of a religious rationale that equates the two is especially interesting because, during the first 1500 years of Christianity, the orthodox view was certainly not that dedication to acquiring wealth represented a reliable path to virtue.

be worth its/your weight in gold

to be extremely useful or valuable

A really good teacher is worth his weight in gold.