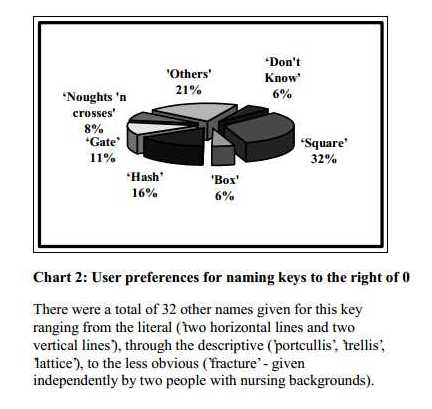 The history of the naming of # is worth a mention.

2. U.S. The symbol #, esp. as found on a keyboard or touch-tone telephone; the hash sign.

Hash sign does not appear for over more 40 years:

1967 Annual Reports 1960 (Chicago Civil Service Commission) (S. Afr. Council Sci. & Industrial Res.) p. i A slash sign ‘/’ is printed in the line to indicate from which point one should start reading the title, while a hash sign ‘#’ indicates the end of a title.

This leaves us with

The OED claims 1973 as the first appearance in print:

(The patent is assigned to Nortel Networks.)

It suggests as the origin

The term was reportedly coined in the early 1960s by Don Macpherson, an employee of Bell Laboratories:

1996 Telecom Heritage No. 28. 53 His thought process was as follows: There are eight points on the symbol so octo should be part of the name. We need a few more letters or another syllable to make a noun... (Don Macpherson..was active in a group that was trying to get Jim Thorpe's Olympic medals returned from Sweden). The phrase thorpe would be unique.

However the OED also remarks that another 1996 quote may be the origin:

1996 New Scientist 30 Mar. 54/3 The term ‘octothorp(e)’ (which MWCD10 dates 1971) was invented for ‘#’, allegedly by Bell Labs engineers when touch-tone telephones were introduced in the mid-1960s. ‘Octo-’ means eight, and ‘thorp’ was an Old English word for village: apparently the sign was playfully construed as eight fields surrounding a village.

The first known use of octothorpe was in 1971

And adds the origins as

The octo- part almost certainly refers to the eight points on the symbol, but the -thorpe bit is mysterious. One story links it to a telephone company employee who happened to burp while talking about the symbol with coworkers. Another relates it to the athlete Jim Thorpe and the campaign to restore posthumously his Olympic medals, which were taken away after it was discovered that he played baseball professionally previous to the 1912 Games. A third claims it derives from an Old English word for "village."

However, there is Douglas A Kerr the author of “The names “octatherp” and “octotherp” for the symbol “#”” ...

In the early 1960s, Kerr worked for AT&T where he claims that the “octatherp” or “octotherp” was invented or, at least, the “number sign” or “pound sign” was re-christened.

It is an interesting read, and the following is a summary which offers a plausible origin:

At At&T, Lauren Asplund, a member of the data communications marketing group …[wanted] a new, “meaning-neutral”, name for the symbol “#”. He, along with his engineering counterpart, devised the name “octotherp”. He tells me that the inspiration for “octo” was the eight free ends of the four strokes in the symbol. “Therp” did not have any logical premise, but just sounded sort of “Greek-ish”, and thus might confer some scientific stature upon the name.

Shortly after this had happened, John Schaak, an office mate of Asplund’s, called the author to say that the name for the # button would be "octatherp".

Kerr began to circulate it,

For example, when the symbol was mentioned in memoranda or articles I would prepare (for both internal and external use), I would reference a footnote reading, "Often called octatherp."

Before long, mentions of the name “octatherp” (or, more commonly, “octotherp”) abounded in industry publications. There was a cottage industry of commenters who sought to explain the origin of the name.

Some of these stories were truly “creative”. Several commenters recognized the significance of the “octo” component. One story was that the name was actually “octothorpe” (developed by a different person than as discussed above) and that the latter part was an homage to Olympic great Jim Thorpe.

The story would have ended there but, Ralph Carlsen of Bell Telephone Laboratories wrote an open letter to the editor of the online journal “Telecom Digest” in 1995. Kerr added this version to his paper. In that letter Carlsen wrote that, in 1963, Don MacPherson of Bell Telephone Laboratories was sent to the Mayo Clinic to train staff in telephony and needed a name for the # button and chose the “octo” + “the Olympian “Thorpe”” (hence the “e”).

Kerr, remarks on the now uncertainty of the origins that there was a lot of interchange between Bell, AT&T, and other phone companies.

We may never know the origins.

4
When to pronounce # for pound, sharp, hash or hashtag?
4
When and how did the word hashtag come about?
0
What do you call this sign: #?
0
Why is the word 'hash' associated with the '#' character?
57
Why is "pound" (of weight) abbreviated "lb"?
31
Why is the word 'number' abbreviated to 'No.' in UK English and '#' in American English?
10
What is a thorpe?
3
In the U.S., why is octothorp used to signal an apartment at a particular address?
3
What does repetitive “#s” before “pushy, bossy, polarizing women and men” account for?
3
How to denote a number if # cannot be used? (What are alternatives to # symbol?)
See more linked questions