Salutations, EL&U folks. I came across a curiosity this morning and I'm wondering if anyone can shed some light on the issue. The introduction is long, but here is a summary:

Can or should quotation marks be applied around company and product names? Has this practice fallen out of favor or merely evolved?

For a some time, I've had an odd fascination with commercial supply branding. It's always intrigued me that you can usually find some mark from the company who makes commercial-grade door hardware, for example. When I was in grade school, this fascination revolved around the idea of getting commercial-grade things at home so they would be more durable.

Judge me not, dear reader.

One specific subset of this interest is in plumbing fixtures. In the United States, I suspect you'd recognize brand names like Mansfield, Crane, or American Standard, but might have trouble naming what those companies do without prompting. I find that fascinating.

This morning, I was visiting a restroom at an educational institution (the remaining context is superfluous) and was, as is common for me when bored, passively noting the logos around me. What caught my eye is that the positively ancient commode wore the "Standard" logo, and the quotes were included. Here's an example. 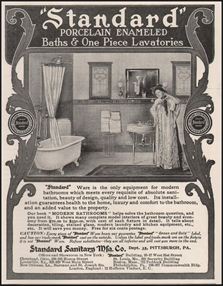 Curious! These quotes would seem to be improperly placed, but the fact that the plumbing hardware and other advertisements from that period in the company's history were so dated led me to hypothesize that perhaps there was another use of quotation marks, like this example, that I didn't know about.

Next, I looked for other companies with similarly quoted names. 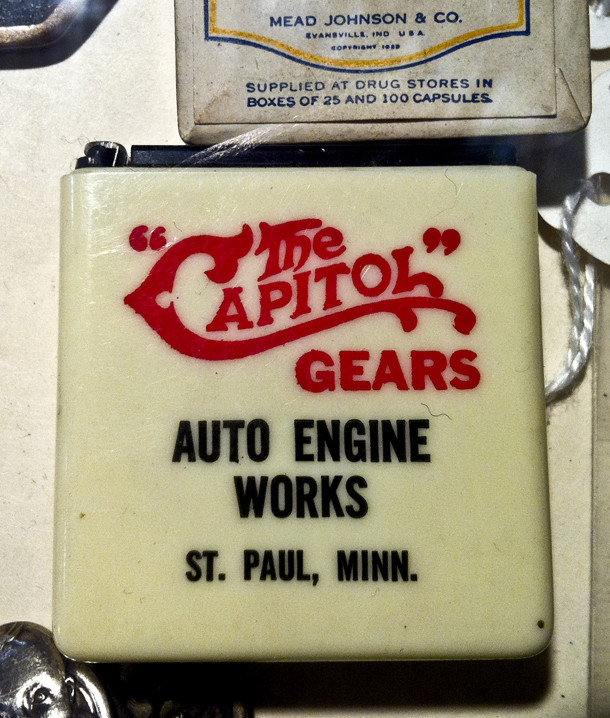 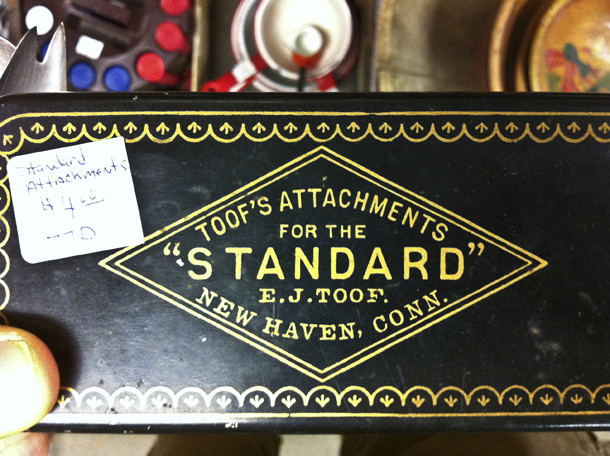 There are plenty of standard usages as well. 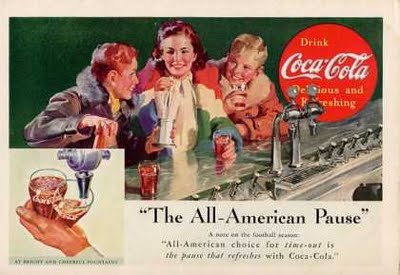 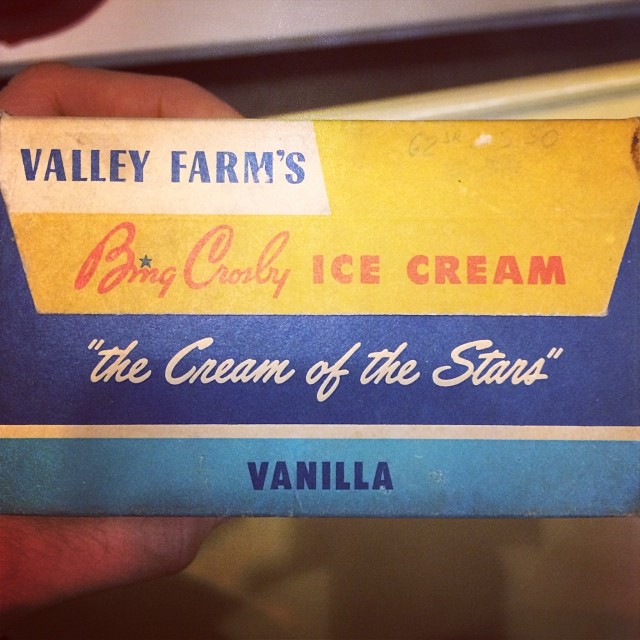 With thanks to Allan Peters for his awesome Badge Hunting project.

I also found this idea behind what the author calls "Decorative Quotation Marks."

Then, I found another well-known company that appears to be giving the exact same treatment to quotation marks. 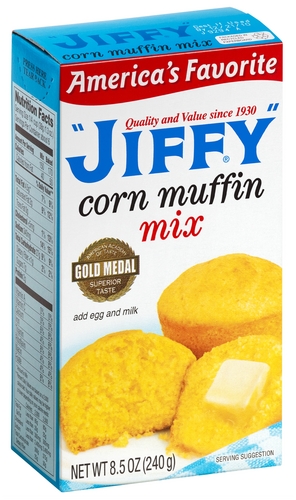 These observations led me to a couple of ideas.

Does anyone know if one of these ideas is correct? If not, what do you think?

SHORT ANSWER: The quotation marks appear to be an attempt to claim trademark protection for a brand or tagline that may be entitled to little or no right to protection. In themselves, they do not provide that protection, but still may discourage copying by competitors.

LONG ANSWER: Trademarks include brand names, company names and taglines (slogans). The degree of distinctiveness (the ability to use a trademark to distuguish a company's goods or services) are divides into four levels:

Tagline protection is similar. The more commonplace the phrase, the less protectable. Fast car would not be protectable, but Just do it! is.

Some of the examples the OP lists appear to be descriptive terms (Standard; Jiffy) that would be barred or have difficulty obtaining protection. The tag line the Cream of the Stars is a riff on numerous other slogans that claim use by celebrities. The All American Pause is a bit more unique. Both might be protectable if used over time.

The introduction of quotation marks seems to be an attempt to set off the brands and taglines and to assert a claim to their distinctive use to identify the labeled products. The quote marks by themselves don't do it. But if the marks serve to discourage competitors from using similar marks, it might result in exclusive use over time that would convey protection.

Finally, while trademarks are often registered, they are protectable even without registration (in the US). The quotes may also be an attempt to indicate that the term is claimed as a trademark even though it is not registered. Under current practice, this is more commonly done (but not required) by placing (TM) after the trademark.

FOOTNOTE: Standard as a trademark for plumbing fixtures was a registered as far back as 1923, but based its claim of protection on used dating back to 1894.

Perhaps they put words like "jiffy, "standard" and also "matchbox" in quotes is because they are common everyday words with other meanings.

Not the answer you're looking for? Browse other questions tagged quotation-marks or ask your own question.

0
Reader, when did non-fiction writers start breaking the fourth wall?