which of these is correct?

He pregnate my daughter

He impregnated my daughter

Neither is. The verb is impregnate.

Then, there are two possibilities:

The positive part of the expression is of course

I am going to be a granddad.

The latter does not have an actual definition, but rather a link to "impregnate", suggesting that this is the preferred, standard term.

This Ngram shows that usage of "pregnate" is indeed negligible compared to that of "impregnate": 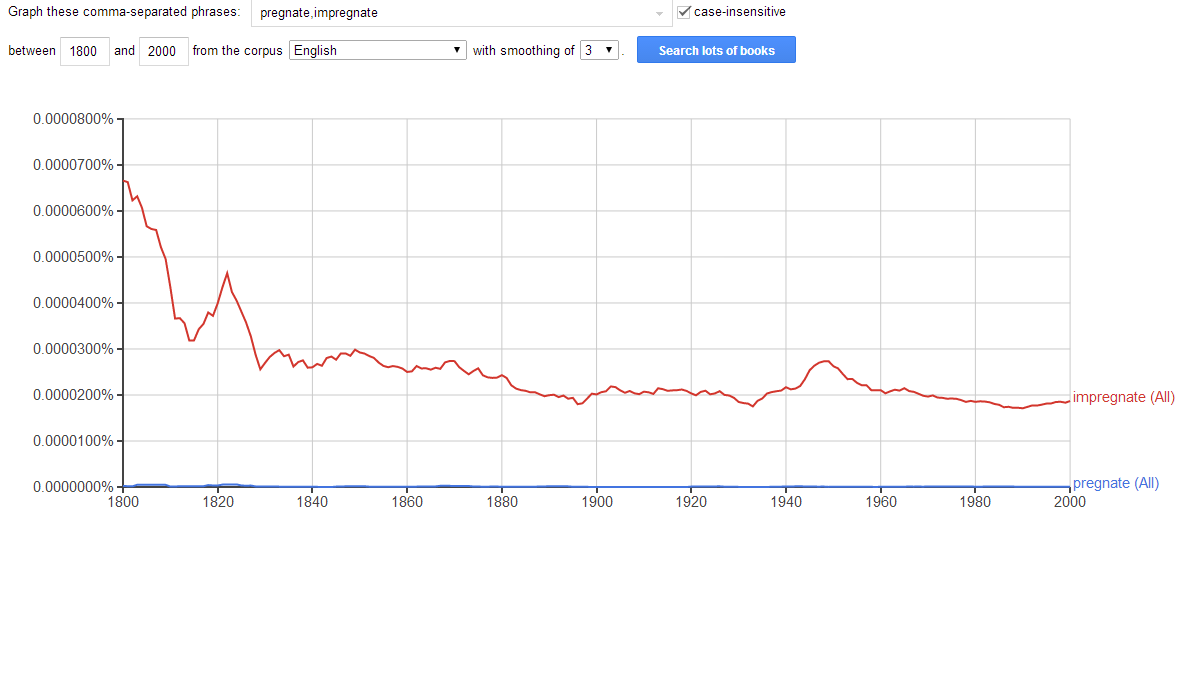 (It is worth noting that this does not show the usage context. A Google search brings up plenty of hits for"pregnate" as an obvious misspelling of "pregnant"; this could be the case even in printed books!)

One would say: 'He impregnated my daughter, but perhaps more commonly, 'He made my daughter pregnant'.

Informally also: He put my daughter in the family way.

Informally: He knocked up my daughter. See this.

He impregnated my daughter sounds like the sort of thing you'd say before directing a henchman to dispose of the lifeless body of her erstwhile suitor.

10
Expressions for a mystery?
1
Usage of 'carved in stone'
0
What does “Slash the life” mean?
5
How to express something opened my eyes to something in English?
0
To think a little about it VS not thinking at all
4
How to describe being embarrassed due to good fortune or success?
0
“Hard to understate” versus “Hard to overstate”
1
Plural form of “out of the goodness of his heart”