In AE, is “tin” used instead of “can” to designate an eco friendly BPA free can of sardines?

I've always thought that "can" was the typical term to refer to a can of sardines (or the like) in AE, and "tin" the BE equivalent, until I recently stumbled across "tin" used instead of "can" on a US website to designate a can of smoked trout.

And so, I was wondering whether "tin" could have migrated across the Atlantic from the UK to the US, and gained ground into regional or mainstream AE to designate -- along with "can" -- a small airtight flat container adapted for storing a pack of processed fish. Or, does "tin" have a specific meaning to it in AE?

I thought it might designate a can made of special metallic alloy suitable for food products, and also good for the environment.

For what it's worth, it may be a regional thing, but in Monterey, California, we had a very big sardine industry not long ago. Sardines were produced in the canneries on a street called Cannery Row. This was made famous in 1945 in the John Steinbeck novel by the same name: Cannery Row, and later in 1982 in the movie by the same name.

Sardines are canned in canneries using a process called canning, and you generally won't find the word tin mentioned anywhere. (source: The little fish that we can: California’s sardine industry, now and then)

Online stores in Monterey call the containers cans, as this picture shows (although the single cans seem to be unavailable, they can be bought in a twelve pack). 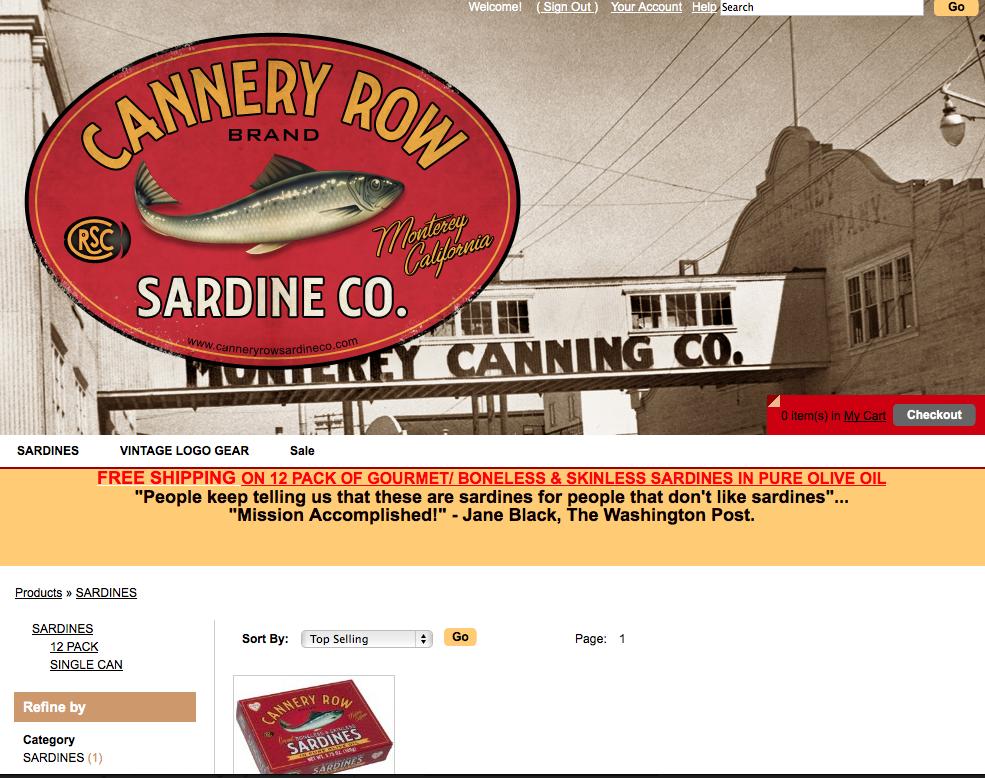 The American company Walmart describes their sardine products as being sold in a can: 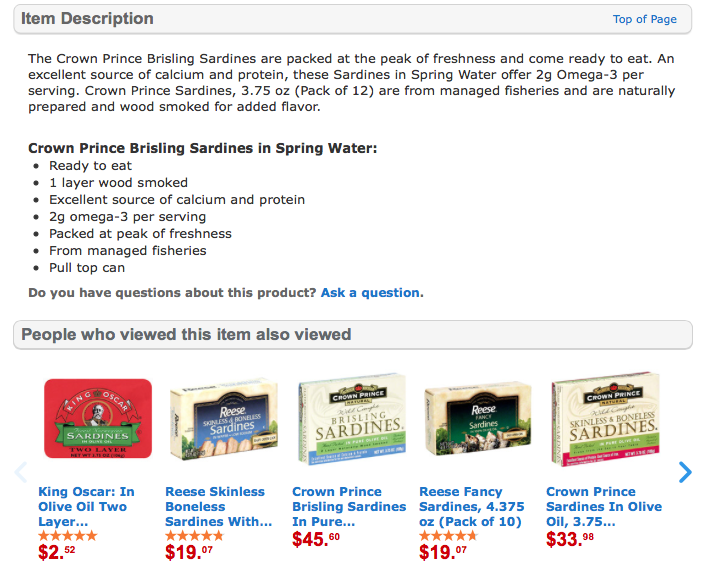 If I look on Amazon.com, the suppliers describe their products both ways, with can being preferred only slightly, if it's mentioned at all. This surprises me, because I can't recall ever having heard anyone refer to a sardine tin in the United States (except maybe my wife's grandmother, but she was from Bermuda).

Since the Ngram Viewer is popular here, I've run one on AE usage, and then BE usage. There is definitely a preference inversion in the corresponding literature. But this distinction is stronger in AE, going for can, not tin:

One more thing I forgot to address is your question about BPA-free containers. I think you will still find them called cans, as in this article, 7 Companies You Can Trust to Use BPA-Free Cans, which never mentions tin as what the BPA-free containers use, nor do they call the containers tins. Yet they still achieve BPA-free results for their products.

Originally, all cans were 'tin can' because cans were lined with tin. The Brits took tin, we took can for the short name.

The flat rectangular shaped can, however, is a tin even in the US, and always has been.

Not the answer you're looking for? Browse other questions tagged american-english vocabulary usage or ask your own question.

82
Idiom or word for a very crowded place

3
Which word(s) can be used instead of “the first day of the week?”
6
Is “take care” always a friendly utterance or can it sometimes be considered threatening?
5
What does “Can it!” mean, as used by Alex Chadwick?
6
Can 'Dupe' be used as a verb instead of 'Duplicate'?
4
Can “around” be used to mean “concerning”?
3
Can funct (v) be used as synonym of function(v)?
2
Can “articulate” be used as a verb to mean “Assemble”?