Why don't Americans refer to Indians (and others from the subcontinent) as Asians?

I know there is a related question here, but I am not seeing an answer to "Why is there a difference?" Merely that an explanation of what is used in each country.

I am a speaker of American English, and I understand why the British refer to people from India as Asians. This is quite sensible given that the Indian subcontinent is located in Asia.

But, we in America use Asian only to refer to people from the Far East. (i.e. China, Japan, Korea, Vietnam, Laos, etc.) We completely exclude all people from Asia Minor, the Indian Subcontinent, etc.

And, I'm given to understand that the British and many other countries use Orientals to refer to the folks we refer to as Asian. In America, this term is only applied to inanimate objects, and is considered rather offensive to be applied to a person (since the rise of the PC movement in the late 1980s, in any case.)

Historically, Istanbul was considered the Orient (therefore the Orient Express). So, why is this term applied to people of the Far East, instead of the Near East?

Can anyone point out the reason for the divergence in terminology? Or is this yet another case of two nations separated by a common language?

I suspect that the answer is that, for historical reasons, there are a large number of people of South Asian origin in the UK and many fewer of any other sort of Asian origin.

4.9% of the population in the 2011 census described their ethnicity as "Asian or Asian British" and chose the subcategory Indian, Pakistani or Bangladeshi, and a further 1.4% chose "Other Asian" (there is a separate category for Chinese, 0.7%). Many South Asians identify as Other Asian and not with any particular South Asian country (particularly common among Muslims who, or whose ancestors, immigrated from what is now India), so it's fair to conclude that ~5% of the UK population is South Asian and only 1-2% are any other sort of Asian.

The US race question in the 2010 census is different from the UK ethnic-origin question, but the overall Asian-American population is 4.8%. I could not find a breakdown, but Chinese and Filipino-origin Asian-Americans are the most established and largest communities.

"Asian" has come to be used to refer to the prototypical Asian in both countries - which is a South-Asian origin in Britain and an East Asian origin in the US.

British people, incidentally, are much less likely to use "Oriental" to refer to East Asians than we were in the 1980s, because we've absorbed the sense that it's offensive from American media. We might use it if fishing for a term - "East Asian" is not a category that comes to mind because it's not one that Brits deal with much, and the overwhelming majority in the UK are Chinese (ethnically; many Chinese in the UK immigrated from Chinese-minority communities in former British colonies in South-East Asia).

I think I would be correct in saying that the usage of Asian to denote people of the sub-continent comes from the early 70's in the UK when many people of Indo-Pakistani origin living in East Africa were evicted from these recently independent ex-British colonies.

Pre 1948, we Brits would have referred to all from the sub-continent as "Indian", but post independence they became either Indian or Pakistani along geo-religious lines (later Bangladeshi became popular for people from what was known as East Pakistan).

So, back to the people of the "Indian" diaspora, whose families had moved from from one part of the British empire to another (India to Africa). In the late 60's and early 70's some of the new African nations started behaving rather badly towards people of "Indian" descent and either encouraged them to leave or evicted them from the countries that their families had lived in for generations. These acts of ethnic cleansing (as we later came to call it) led to many persons of "Indian" origin, who retained rights to British citizenship in the post-imperial world, turning up on British shores. Now, clearly, we could not refer to these people as "Indian"; they didn't come from India and many were from families that would have identified themselves as of Pakistani (or Bangladeshi) origin, so the term "East-African Asian" was adopted, mainly by journalists, anxious to find a term that didn't upset too many people (good manners, not PC). Almost by accident we seemed to have hit on a non-abusive term which could be applied to those whose genetics and culture originated in the sub-continent, and "Asian" came into common parlance.

Strangely, in the 80's in the UK, there was a move (by HR types as I recall) to substitute this term [Asian] with "sub-Continental". As we Brits use "Continental" as an euphemism for anything mainland-European and therefore odd, and "sub" has overtones of anything "less-than", this never really gained hold in British English.

I hope that this, coming as it does from an old guy who was there and watched this step in the development of our language, is helpful.

Whilst Eurasia describes the continental landmass of Europe and Asia, the British and USA had different imperial experiences of Asia. India after all was the 'jewel in the crown' for Imperial Britain, whilst the USA empire expanded in far east Asia with at first, the Phillipines and Hawaii then later an abortive experience with Korea and Vietnam. It's these differing imperial experiences that condition how asian is understood in British & USA English.

As far as I recall the media ie : News at Ten and the BBC news etc started calling the Indians races Asians in 1999 onwards. I can remember it being said on TV in 1999. It was never said before this, as I recall and I have a very good memory. And as per usual as soon as the media start to call someone or something a certain word, the rest of the country follows. Look at what the media nick named Sarah Ferguson who married Prince Andrew, they nick named her Fergie for the next 25 years on every TV and Newspaper article. It was unbelievable and rude. But they did it because they could. And there have been TV programs where the reporters have bragged about starting certain trends and words in the British society via their bull s*** stories. Even other Indians being interviewed on TV programmes hated being called Asians and would re-word the answer carefully knowing they would be bullied if they didn't acknowledge the Asian word. I saw this with my own eyes and heard this with my own ears. Because I was bemused by what the media were doing. An Indian school teacher once said to me " the great thing about the British Isles is that anyone can call themselves what they want here", when I asked him why Indians are now calling themselves Asians and he thought it was wrong to call Indian people Asians. When I first heard the Asian word being used in 1999 to describe Indian people, I quickly looked it up what Asian really meant in my brand new dictionary I had at the time (and still have), and it clearly states: Asian means a person of oriental desent ie: China and then stating all the other oriental countries in the Asian continent. It mentioned nothing about the Indian countries or Indian people. Which now probably will be seen as being racist as per usual. Also the Asian word got rid of the P**i slang word which the Indians hated as I have never ever heard this slang word mentioned again since 1999. So in my view it was all down to the media calling Indian people Asians that started this whole thing off and the Indian people liked it as it got rid of the slang word that was always used to refer to Indians. This is all from memory. But the afro races call themselves Black when they are "Brown", so why not. But I bet if the native British called themselves Nordics, this would not be accepted???? lol

I know you already picked an answer, but I think you missed the biggest reason: political correctness.

People used to use the term “oriental,” which by definition refers to East Asia. Since this term is now considered offensive, people mostly just use the term “Asian” as a replacement for “oriental,” even though traces of the original word/meaning remain.

Actually this is an instance where I think the usually intelligent and logical British are way off. Look at Asia. The huge continent is immediately defined as being east of Europe and Africa: 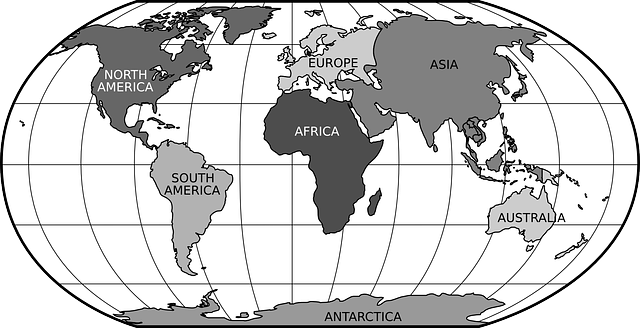 The geographic continent of Asia is comprised of entirely different and unrelated racial and ethnic groups. The word Asian should logically be defined most centrally by being the most East, and also being definitively different in physiological appearance than European Caucasians and African people of the Negroid or Semitic races.

People of the Indian subcontinent are completely racially and ethnically different from the Far East Asian peoples. The people of that general racial/ethnic background (Indian, Pakistani, Bangladeshi, Sri Lankan) are Aryo-Indian and believed to be distantly, historically related to Europeans and Iranians. Thus it makes more sense for people to use Asian to mean the combined populations of China, Japan, the Koreas and most of Southeast Asia, which are also called Far East Asia.

In the United States of America, we are not weird at all to refer to Far East Asian peoples as Asian. There are reasons for this:

I think it means nothing ethnically, which is obviously a big part of that the terms meant to connote for the British. So I ask, what do British people call immigrants to Britain who are from China, Japan, Korea, Thailand, Vietnam etc? Do you call them Asian too?

Not the answer you're looking for? Browse other questions tagged american-english british-english usage demonyms or ask your own question.

16
Does the term "Asian" have different meanings among various English-speaking countries?
2
What is an appropriate replacement for the term "oriental" when used as an ethnicity?
1
What word do I use to describe people from India & neighboring countries

19
Why don't Americans write "devor" instead of "devour"?
40
Why do Americans go 'downtown' whilst people in the UK go 'up town'?
29
Why do Americans add "The" in front of a team name, but the British do not?
25
The origins and usages of "waffle"
3
The word Hindu in American English
3
Why do Americans find the word "request" to be rude?
0
Prior to the 20th century, what was the noun for an individual person from a country whose demonym ends in '-ese'?
0
Does the phrase "met fate" always refer to a death? And is it different from the phrase "met one's fate"?