Why is the period placed inside the double quote, at the end of a sentence? [duplicate]

My mother tongue is Chinese, and as I read English articles, I find a convention in written English that I can't explain.

If a quoted word appears at end of a sentence, the period is written inside the quote instead of being written outside, which is quite counter-intuitive to me.

For example, a paragraph from Samsung SSD White Paper. 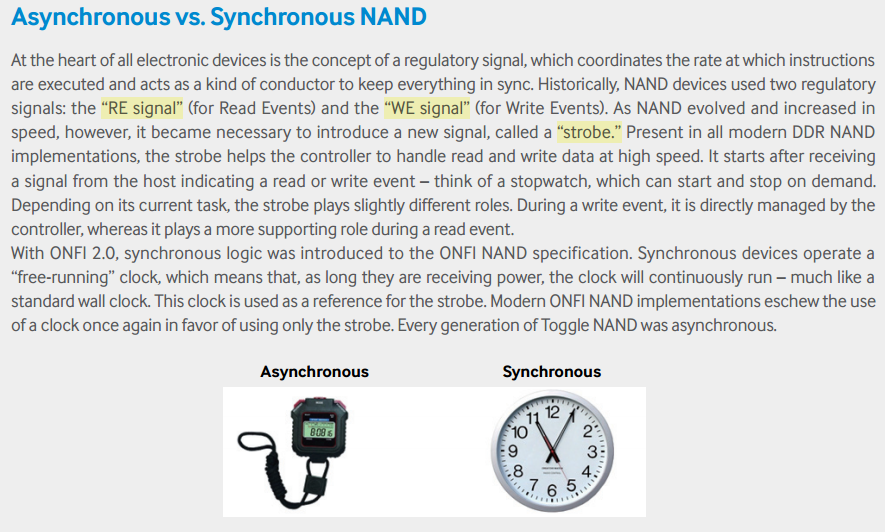 Notice it is written as:

Can someone help explain this?

The explanation for putting the period/full stop inside the quotation marks goes back to the early days of printing in Europe, back in the 1500s.

Each character in a printed line of text - letter, number, punctuation mark - came from a separate piece of metal type. All the individual pieces of metal were lined up on a template for printing (like this). The pieces of metal for each character were different sizes, depending on the character on the metal. An "m" was wider than an "i", for example. And, a full stop / period (.) was on a very small piece of metal.

This practice was in place well before 1600, when the first English colonists set out for the American continent.

The English in America and the English in Britain both put the period inside the final quotation mark for the next few hundred years. However, sometime during the 1800s and 1900s, when typesetting was done more on large machines and then computers, the British people went back to putting the full stop outside the final quote. The Americans did not change back.

The "answer" is that, unfortunately, this is one of American English's many "rules" without a logical explanation. As you state, it would typically be more logical (and proper in Canada, Australia, and the UK as far as I know) to place the punctuation with the words it was meant to accompany. In your example, the quotes "belong with" the word strobe and probably shouldn't be broken by the placement of a period or comma between the word and the punctuation.

Regardless, it's a fairly accepted rule. APA, MLA, and Chicago styles all agree that they should be placed within the quotes.

I've heard it said that the convention arose in the days of typewriters and hand-set printing, where placement of periods and commas outside of quotations were liable to result in broken keys, misplacement of characters, or other nuisances. Here's a footnote from a fairly. respectable source citing this as the mythology behind the convention. A copyrighter at work says that the practice started in the '60s as a matter of cosmetics; they felt it looked better. As I'm not that old, I can't vouch for this explanation. I've never heard a better or worse explanation, though.

Not the answer you're looking for? Browse other questions tagged writing-style quotation-marks or ask your own question.

1
Period with quotes and double quotes
6
Quote unquote (or end-quote), unseparated by the actual quotation