Would you use the term “looker” to describe a man?

Both Merriam-Webster and Oxford Advanced Learner's Dictionaries define looker as a word used to describe an attractive person, usually a woman.

The operative word is "usually".

Urban Dictionary, however, tends to be a bit more liberal, and the term's used to describe both men and women (but, then again, it's Urban Dictionary).

So I'd like to know the opinion of native English speakers coming from different parts of the English-speaking world:

How unusual would it be to call a handsome man a "looker"? E.g., "Joseph Stalin was quite a looker in his youth". 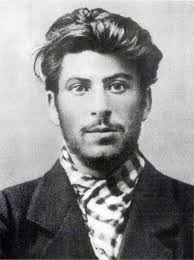 Well, it depends on the man. And not just in the obvious way that we all find some people more pleasing to the eye than with others, but in that, with both men and women, it suggests a certain striking handsomeness that stands out, beyond merely good-looking.

If I say "Tom Hiddleston* is a looker", I don't mean "I personally find Tom Hiddleston attractive", but more "Tom Hiddleston is so obviously handsome that even if he doesn't 'do it for you', you'll see why he does for other people".

It is a term that was originally applied much more often of women rather than men, which comes from a history in which women's physical attractiveness was commented on much more than men's.

Hence while straight, gay and bisexual men and women might all say "Maggie Gyllenhaal is a looker" though with different types of responses to the attractiveness described, it would mostly only be women and gay or bisexual men who would say "Tom Hiddleston is a looker" with straight men more likely to say something less emphatic, if they said anything at all.

Of course, there are exceptions to that.

It is a bit of a dated term too, so mostly entirely other term are likely to be used

*Examples are for illustrative purposes, your opinion of Maggie Gyllenhaal and Tom Hiddleston may vary.

Not the answer you're looking for? Browse other questions tagged meaning nouns word-usage or ask your own question.

6
What word would you use to describe someone who tries to one up everything you say?
0
The use of the term “absolutions”
2
Can you use “the legislator” as a general term to refer to the legislative power?
5
Big man? “Thank you, my big man.”
50
Use of 'pussy' as term of endearment
10
Would you call this a plaque, or would you use another word?