Was making 'dyslexia' hard to spell, a sadistic act? [closed] 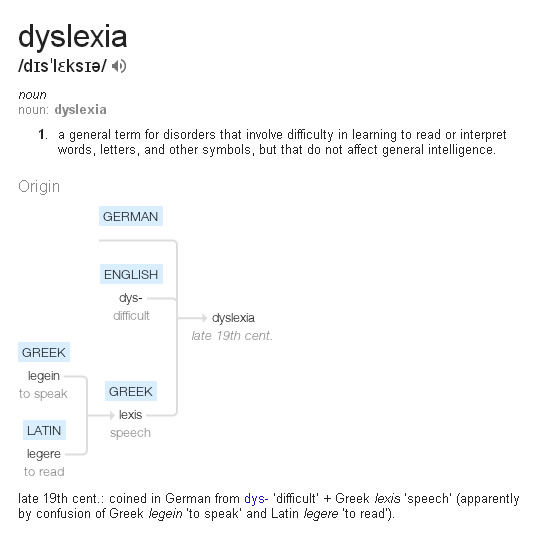 My point is this - the Latin "legere" was already sufficient, "lexis" was contrived (I jest) out of the 'confusion' (see image) of "legere" and "legein". Unnecessarily I would suggest.

The word could have easily been "disleger", without any confusion of readability or spelling whatsoever.

Although some negative connotative association surrounding leg removal may have arisen.

I think that, while somewhat ironic, the word follows normal pathways of development. Since dyslexia is difficulty in learning to read or interpret words, letters, and other symbols, it follows that terms already in existence for words would be used.

Before dyslexia was lexicon:

c.1600, "a dictionary," from Middle French lexicon or directly from Modern Latin lexicon, from Greek lexikon (biblion) "word (book)," from neuter of lexikos "pertaining to words," from lexis "word," from legein "say".

Used originally of dictionaries of Greek, Syriac, Hebrew and Arabic, because these typically were in Latin and in Modern Latin lexicon, not dictionarius, was the preferred word.

From lexikos (pertaining to words), we add dys- (prefix meaning bad, ill, abnormal) and get dyslexia.

Internationally, dyslexia has no single definition; more than 70 names are used to describe its manifestations, characterizations or causes. It would be interesting to find these names, but I could not.