Are/were these strings of decorative colourful triangles known as "dags"?

There is an English word "dag" with various senses divided up into various etymologies.

This question is about just one particular sense having this definition on Wiktionary:

A hanging end or shred, in particular a long pointed strip of cloth at the edge of a piece of clothing, or one of a row of decorative strips of cloth that may ornament a tent, booth or fairground.

From this description it seems "dags" must be these, which I've known since childhood but never thought about what they might be called until recently: 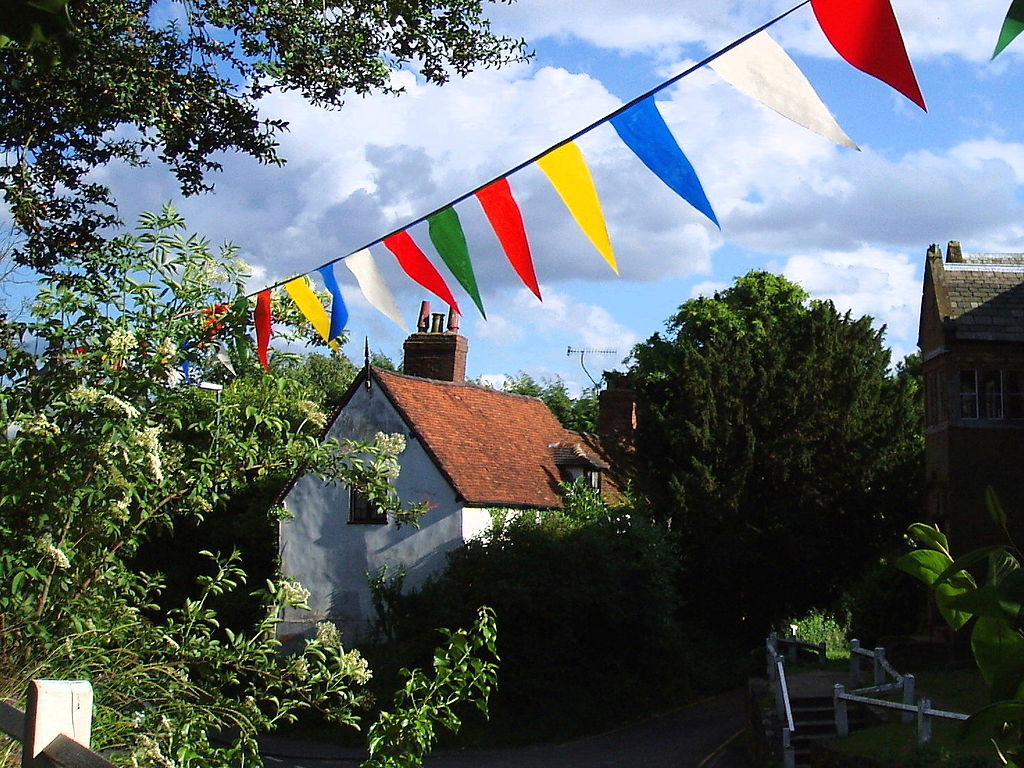 From the Wikipedia article where I found this image, I've learned they are also known as "bunting", though bunting comes in many forms and this might not be the prototypical one people would think of first.

As an Australian I have to say I am very familiar with two other senses of this word and this question is not about those, so please don't answer about these:

I'm only specifically asking about the one sense that seems to fit the picture and the Wiktionary definition.

Can anybody verify that "dag" is in fact a term referring to the decoration in this photo?

I would expect evidence to come from a large and/or old dictionary or encyclopedia, but perhaps also an illustrative sentence. It may be regional and/or no longer used.

Here are some more photographs I found via Google, but which I don't believe are free to include due to copyright, so I'm only providing links to them: 1, 2, 3, 4, 5.

I (in England) have never heard these called anything but bunting which covers all sorts of litle flags on long strings. The OED has a meaning "A pendant pointed portion of anything", particularly the triangles on a garment that has been cut with a zigzag bottom, so I suppose the flags could be covered; but really, how often do you need to distinguish triangular bunting from the square sort?

Not the answer you're looking for? Browse other questions tagged meaning single-word-requests phrase-requests or ask your own question.

3
What expression are these titles alluding to?
0
Are these interchangeable?
3
What are those decorative things called?
2
What are these classified as?
2
Are there words for these?
0
What are signs at tourist locations known as?
0
Are these correct/meaningful sentences?