Why do Americans go 'downtown' whilst people in the UK go 'up town'?

People in London, who live in the suburbs, may tell you they work 'up town', meaning in the City or the West End.

In other large cities in Britain, Birmingham, Manchester, Leeds etc., I think people who earn their living in the City Centre (equivalent to Downtown with capital D) will say casually that they work 'in town'. I think I'm right when I say that only Londoners go 'up town'.

So where did the idea of 'Downtown' come from?

The term is thought to have been coined in New York City, where it was in use by the 1830s to refer to the original town at the southern tip of the island of Manhattan. As the town of New York grew into a city, the only direction it could grow on the island was toward the north, proceeding upriver from the original settlement (the "up" and "down" terminology in turn came from the customary map design in which up was north and down was south). Thus, anything north of the original town became known as "uptown" (Upper Manhattan), while the original town (which was also New York's only major center of business at the time) became known as "downtown" (Lower Manhattan).

During the late 19th century, the term was gradually adopted by cities across the United States and Canada to refer to the historical core of the city (which was most often the same as the commercial heart of the city). Notably, it was not included in dictionaries as late as the 1880s. But by the early 1900s, downtown was clearly established as the proper term in American English for a city's central business district.

It would seem to me, from reading the responses, and from thinking further, that the history of the development of New York City played a big part in the notion of 'Downtown'. It is a word that generally-speaking sounds foreign to British ears, but which is employed by the travel industry in the UK for the benefit of tourists.

'Downtown', as I understand it, has two important senses. 'Downtown Minneapolis' is what in Britain we would call the 'City Centre of Minneapolis'.

Where Americans say they are 'going down town', we (especially Londoners) will say we are going 'up town'. In other British cities people may say 'I'm going into town', or 'I'm going in to the City Centre'. But usage across Britain is highly peculiar to local circumstances, and varies greatly from place to place. Also the whole question of what is a city and what is a town, and in what circumstance we refer to Birmingham as a city and in what circumstances we say 'going into town (meaning Birmingham centre) ' is highly nuanced and particular to places.

I would also be interested to learn exactly what is meant by the American term 'Central Business District'. In the case of London, I am never sure if this would mean the City of London, where the Bank of England, the Stock Exchange, and the whole panoply of financial institutions are housed, or the shopping area around Oxford Street. 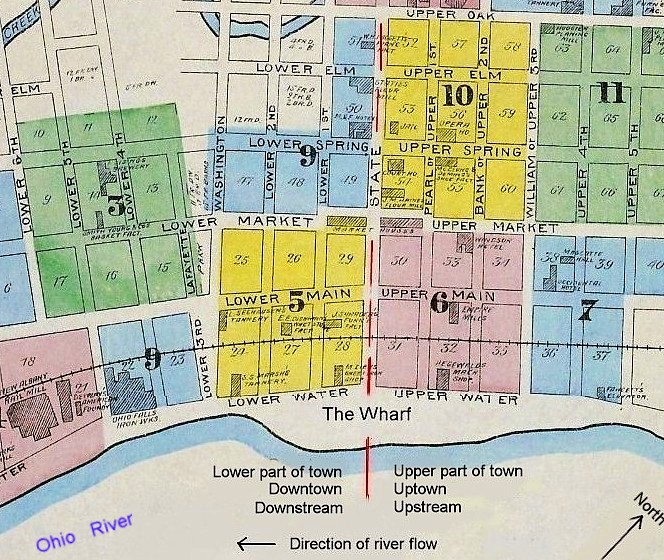 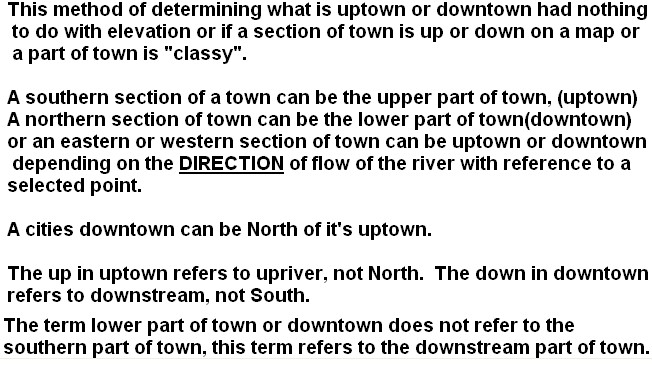 I'd guess probably because the city center was either located South of their present location, or because the location was actually physically low in elevation. A good example of this is when the dense part of the city "the down town part", is located in a valley, while most of the housing is on the foothills.

Town is directly related to the word down and originally meant enclosed land or fortress which, for obvious security reasons, would be built up on high ground where the surrounding area would be down.

For the purposes of transportation and trade, a town's business district would naturally be located down near a body of water, such as an ocean, lake, or river. As the population grew, the inhabitants would often build further uphill and away from the water--the commercial center. Although Americans may have copied the 'Manhattan model' to describe their own towns, the use of downtown to mean the central business district would have made perfect sense at the time. (see Wikipedia 'downtown')

From my experience living in cities in Ohio, Oregon, Alaska, and New Jersey, the word uptown seems to be extremely rare, with the exception of Manhattan, of course.

Regarding seeing London as 'up'.

This is a UK railway convention where London is (almost) always 'up', geographical directions notwithstanding. (cite: wikipedia)

(c.f. in Downton Abbey, where they talk about going 'up' to London, despite going south from Yorkshire.)

(I'm not so sure about the reasoning given in the wikipedia. It is claimed that it's from early lines going between 'upland' mines and 'downcountry' ports. The reason I have heard is that early timetables always had London at the top. This was then repeated by Bradshaw and became universal.)

Noting this line in the OP ...

note that "downtown" and "uptown" have no connection to city "center"

these two words are today adjectives that mean a certain type of style.

Uptown: a "straightlaced", "formal" style. for example, the straightlaced expensive part of the city center 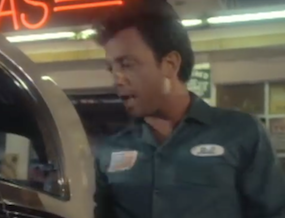 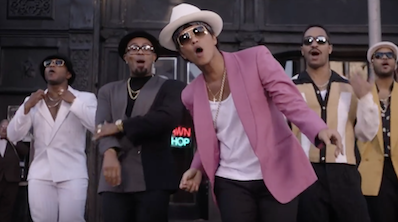 A new coffee shop (anywhere - in Sydney) might be described as having an "uptown vibe" (stainless steel, etc) or a "downtown feel" (bohemian). Andy Warhol - downtown. Donald Trump - uptown.

This usage surely originates with NYC becoming a general cultural referent, at a guess in the 1970s? (The distinction between SoHo, Park Avenue, was in place by then.)

Spending the 1st 32 years of my life living all across America, I would venture that all the preceding answers are a factor. Many of the "original" town hubs were both lower elevations and to some degree south, the perception "downtown" implying work, toil, business, while "uptown" implies leisure $$$ etc. And of course something I distinctly realized after I left, the American persistence to differentiate themselves from everyone else. They use NTSC everyone else PAL, they dove into the water everyone else dived, 120 v/60 Hz vs. 220/50 Hz, altering the spelling of many words, grounded vs. earthed electricity.

Not the answer you're looking for? Browse other questions tagged american-english british-english or ask your own question.

29
Why do Americans say "tuna fish"?
9
Difference in [ə] pronunciation at the end of a word in British and American English
4
Is 'women of cover' an idiom in use in the U.S.?
4
What do you call the directions orthogonal to uptown/downtown in Manhattan?
25
How do native speakers answer questions like "what's cooking"?
4
"Financier" in British and American English
2
Is the word "whilst" not used in U.S. English?
1
Whatever tickles their fancy in the US?
1
Do Americans use the verb "shove up"?