I thought blah blah blah, and I was right. Is the comma correct?

This sentence is bugging me:

I knew going in that the orange flavor component of the cake was going to be lacking, and I was right.

The comma doesn't seem to be enough, but the semicolon just looks wrong:

I knew going in that the orange flavor component of the cake was going to be lacking; and I was right.

Which of the above is correct and why?

The comma is enough as the second clause "I was right" is independent.

Commas are used before conjunctions (but, and, yet, or, so, etc.) when the two clauses they are coordinating can stand as independent sentences.

The semicolon is used when the first clause contains commas.

I knew going in that the orange, marzipan and chilli flavor component of the cake was going to be lacking; and I was right!

They are both right. As is

I knew going in that the orange flavor component of the cake was going to be lacking. And I was right.

Your examples are both compound sentences. There are two independent clauses, joined by a conjunction (and) and separated by punctuation (either the comma or the semicolon). The comma is a softer break, the semicolon, a more significant one.

My example uses two separate sentences. This is an even more significant break and is somewhat more dramatic. A few purist would argue that sentences should not begin with a conjunction, but that viewpoint is probably not very ascendant today. Or do you disagree?

A comma seems fine. A quick look at google books shows that commas are common here, though sometimes there’s no punctuation at all. 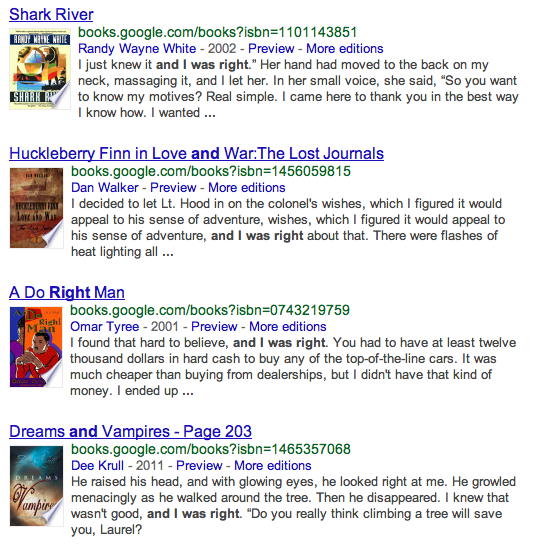 I found one case of parentheses, but not a single semicolon.

The Economist’s advice on semicolons is to use them:

to mark a pause longer than a comma and shorter than a full stop. Don't overdo them.

So, it’s seems that a comma is fine in your example.

Yes it is correct, and here is why.

Which of these you choose depends on the style of your writing.

Not the answer you're looking for? Browse other questions tagged punctuation commas semicolon or ask your own question.

3
Larry Trask seems to be violating rules about commas as mentioned in his own guide
22
Use of a semicolon before and comma after "however"
1
This requires a comma, correct?
2
Comma usage and maintain succinctness
0
Placing comma in a sentence
0
Comma or semicolon after an independent clause ending in 'though'
0
Is the comma necessary here?
8
How do you punctuate an if/then when both the "if" and the "then" are implied?
0
I Corrected Someone's Use of Commas and Now I Don't Know if I Was Right