Is there a term for “genocide” of the elderly?

killing of babies: the practice of killing newborn babies

Is there an equivalent term for killing the elderly?

The word you are looking for is one of either:

Senicide or geronticide is the abandonment to death, suicide, or killing of the elderly.

Apparently senicide was preferred until the middle part of the past century, but now geronticide has caught up and surpassed it, being now preferred by about 3 to 1. 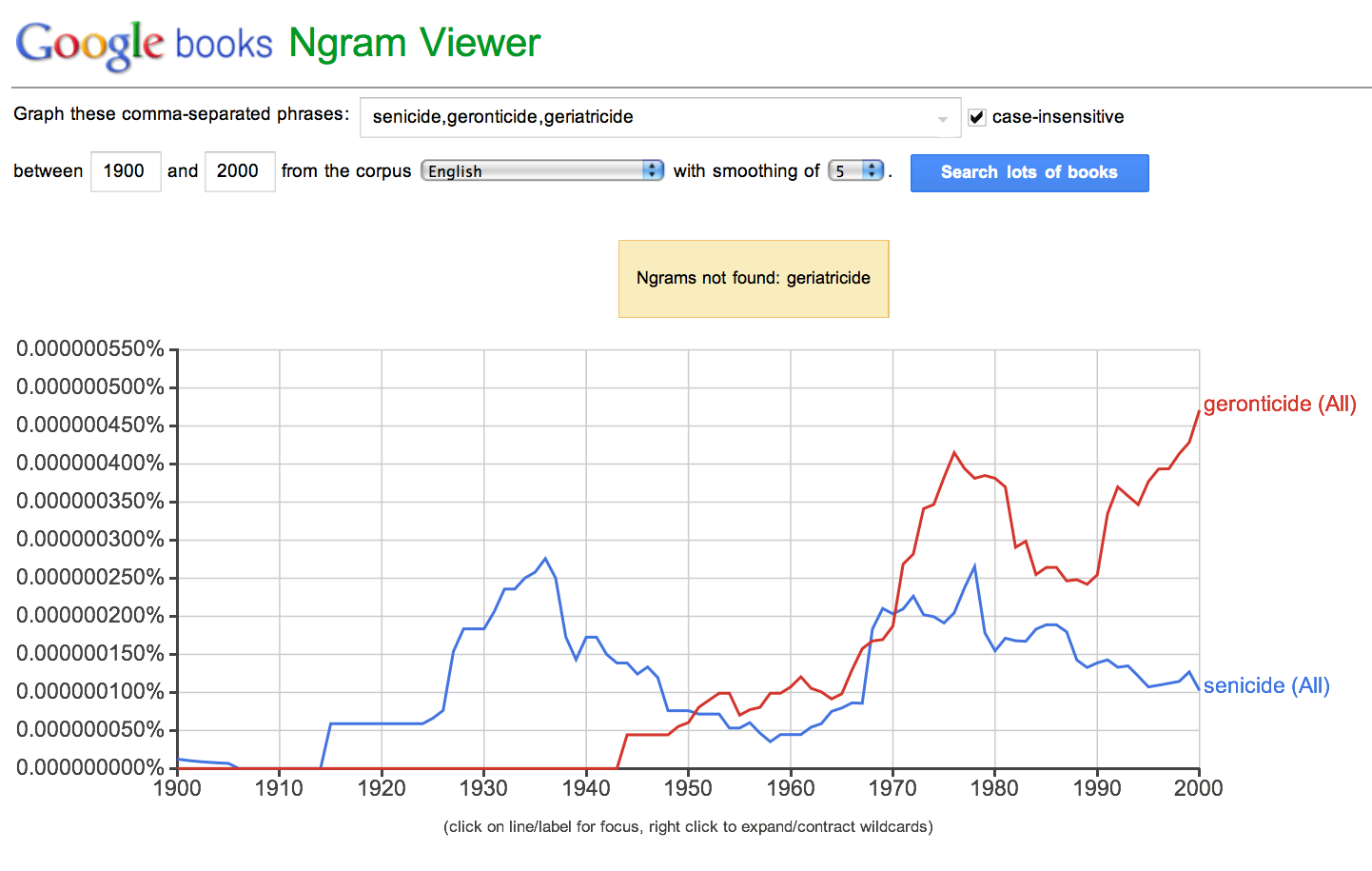 from geriatric meaning pertaining to the elderly.

Geronticide does not appear to be current, (I found it in several dictionaries, but not in any news) whereas geriatricide is hitting headlines left and right.