Flexibility of English: Always so?

The other day I read a question about nouns being used as verbs. An answer informed that in English any word can be used as a verb, but that it is not so in other languages. Beyond verbs, English is a very flexible language in general. (This is based on my own experience of English, Spanish and Arabic. I would gladly hear a linguistic argument that English is in fact not looser than other languages.)

Has English has always been less restrained? Or can we date the allowed playfulness to a particular period? Is it simply because our linguistic champion and forefather (of ModEng) was Shakespeare and that he engendered a culture of linguistic liberty?

I'll bite. But it's going to be a long answer.

The most heavily inflected language I know is Ancient Latin. They didn't have articles, and often didn't use pronouns, because the language was so clear as to who was doing what, unless they wanted to emphasize something (this particular girl instead of that one). Also, it was so inflected that if you jumbled all the words in a sentence, the sentence still made perfect sense because every word was specific in its meaning; there was no need for syntax except to emphasize a word. In English, man bites dog means something different than dog bites man. In Latin, if writing "man bites dog", the common way to arrange words would be man, dog, bites. But if you wanted to emphasize the man, you would say dog, bites, man, and it wouldn't change at all who was the subject and who was the object. That holds true for sentences of many words as well (crazed man bites frightened innocent dog could be written frightened crazed dog man innocent bites and it would still be understood correctly.) They had no periods, and often no spaces between words - didn't really need them to be understood. Any of the Romance (descended from Latin) Languages (Italian, Romanian, French, Spanish, Portuguese, and various subsets) are inflected, more so than English, some not by much.

Some languages are analytic, and do not change the words (inflect them) but depend more on word order for meaning. Each word can stand alone, kind of like a picture or idea. Hieroglyphics was the ultimate analytic language (I actually learned to read hieroglyphics) where a glyph meant the same thing every time. It could be written left to right, right to left, or top to bottom without any problem. You changed the meaning of the word by adding another glyph, not changing the glyph. For example, there is a glyph for man. Alone, it stood for a man. If you added a certain glyph near it, the glyph for idea, then you read it as an thought, not a reality. If you added the glyph for plural, it became men, if you added two glyphs plural plural, it became many men. Similarly the glyph for water could mean water or motion. (Added to that, some glyphs also represented sounds, so if they didn't have a glyph, for example, for someone's name, they would spell it out with glyphs, but the glyphs weren't different from the glyphs for words, for example, the glyph for lion could mean "lion", "idea of a lion" or "L sound" (true but completely coincidental). (If you see "Cleopatra" in hieroglyphics, you'll see the lion near the beginning of the name. It was thanks to Greek rulers over Egypt that the hieroglyphic language was eventually solved.

...in English any word can be used as a verb, but that it is not so in other languages.

Absolutely not so. Some nouns can also be verbs (or vice versa). Run can be a verb (Run, Spot, run. See Spot run.) or it could be a noun. (The play had a long run on Broadway.) This is not uncommon, but you cannot take any noun and verbify it. Slang use can be incorporated into proper speech, for example Google, the name of a company (a proper noun), has been verbified (Did you G/google that for your answer?). Adjectives can be made into adverbs by inflecting them. Some words can be both noun and adjective (Pat likes sweet drinks. Pat likes sweets in general.) So, English is not particularly "loose". Slang is looser, of course, and it's in this manner that language changes. If enough people use Google, the noun might become a slang verb, which might be accepted into proper English.

Has English has always been less restrained? Or can we date the allowed playfulness to a particular period? Is it simply because our linguistic champion and forefather (of Mod Eng) was Shakespeare and that he engendered a culture of linguistic liberty?

No. Indo-European languages have always been inflected. There have been bursts of expansion in the history of any language, and a big one for English started on 14 October, 1066, when William of Normandy (part of present day France) defeated Harold II of England in the Battle of Hastings, after which French became the language of the king's court, gradually blending with the Anglo-Saxon tongue to give birth to modern English. Since Shakespeare was born in 1564, he had little to do with the most significant growth period in the English language, and was as constrained as his contemporaries. When Samuel Johnson published "A Dictionary of the English Language" in 1755, it served to stabilize English and put the brakes on it, constraining it further, so to speak. 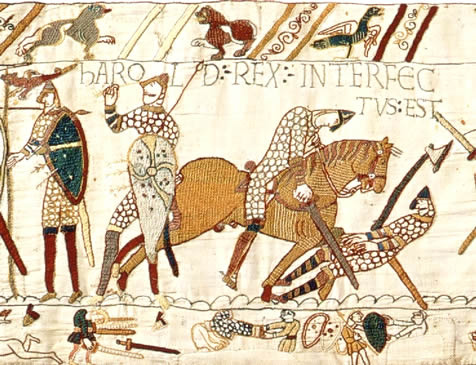 Not the answer you're looking for? Browse other questions tagged verbs history linguistics or ask your own question.

49
What exactly is an “adverb”?
4
Is English actually a pidgin or creole?
0
Grammar knowledge - cause for low knowledge

29
Why have the subjunctive and indicative converged in Modern English?
13
Is the history of h-dropping in English in any way related to the silent h of French?
10
Was what happened to the pronunciation of the word “church”, as compared to the Scots-English “kirk”, a general phenomenon in Middle English?
2
Is there a known reason that English has so many short words?
23
Old English instead of Latin in early Britain
24
Why is “afford” always accompanied with “can”?
1
Has extra always had two meanings