Difference between "dumb" and "stupid"

A friend and I had a disagreement about something, in which he called one of my statements "dumb". As we were talking through the disagreement, it got a little heated and I tried repeating what he had said, and instead of using "dumb", I used "stupid".

Without even knowing I was doing so, I used these words as though they're interchangeable... but are they? Do these words have any difference at all? My friend's argument is now that "stupid usually implies a lack of knowledge"... but I'm not sure how "dumb" doesn't.

In Britain 'dumb' is seldom used to mean stupid. It was mostly only used to mean mute e.g 'deaf and dumb'. However 'dumb' in the mute sense is probably politically incorrect nowadays, a bit like calling a short person a 'dwarf'. So 'dumb' I would suggest is little used nowadays, but I stand open to correction.

Where Americans will use "dumb" meaning unlearned, or ignorant, the British equivalent would undoubtedly be "dim".

They can be used interchangeably, insofar as they both can mean "silly," or "foolish."

Unlike "stupid," "dumb," can also be used in a slightly different way, in the sense of being "mute," "silent," or more likely "inarticulate."

I'd say that "stupid" is more to the point. If you really want to insult someone (or point out his shortcomings), you'd call him "stupid".

But there's a subtlety: Usually when a friend does something stupid - in other words, without thinking - you'd say "that's really dumb". This doesn't carry the insult, but only lets the person know that he didn't think things through, usually as a gentle correction.

But here again, tone of voice carries most of the meaning. You could say "that's really dumb" in an angry way that makes it hurt more than "that's stupid" said gently.

"Dumb" originally meant "mute" -- unable to speak in a normal fashion. This was most often a problem for deaf people, as there was no easy way for a deaf person to learn how to speak. And, to someone who did not understand the connection, a deaf & dumb person would appear to be "stupid" as well, since he was unable to express himself, and likely received a sub-standard education. Alexander Graham Bell and others began movements to change this in the late 1800s, but prior to this many people assumed that deaf people were, due to some physical mechanism, stupid.

With better medical care there are fewer deaf people than there were 100 years ago, and they are better able to speak, so one is far less likely to encounter a medically "dumb" person. So the use of the term in the sense of "unable to speak" has essentially vanished, save for idioms such as "struck dumb".

Incidentally, a "dumbbell" is bell-shaped object that does not make sound. These were used on old balance scales. 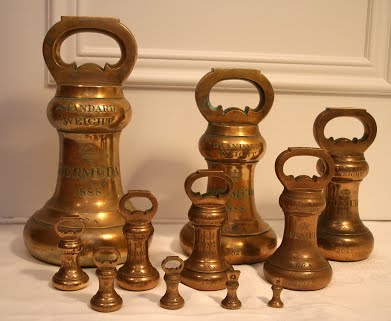 You can see how the term came to be applied to the (somewhat different looking) gym weights (in addition to a stupid person).

In America they are the same. Modern reference:

Well then, you're as dumb as you are stupid

Dumb, simply put, is when you don't know any better. This could be on an intellectual, mental, or educational level. It could also be due to a lack of exposure to certain behaviors and subsequent reactions, relative to any kind of 'life' situation. The rate at which you react and whether or not you think first before the action or reaction is somewhat relative. Definitively though, nothing is more evident after the fact, or nearly as important as the simple fact that you didn't know any better at the time.

Stupid, simply put, is when you know better, but you do it anyway. The first time you do your own laundry and toss bleach into a load of colored clothing, destroying everything... this is a dumb mistake. The next time you do laundry, and toss the bleach into the load of colors again? That is just stupid. You knew better from the first/past experience, but you did it anyways.

Usually, we all have our first good drunk when we come of age. How horrific is that feeling of being sick for days? It is a DUMB mistake, or so we tell ourselves until we have survived it, recovered and forgotten? Somehow we convince ourselves that as we come of age, we develop cast iron stomachs and grow ten foot tall and bulletproof. So, as life should have it, we go out over and over through our life span of countless happy hours and parties... getting STUPID drunk. That's right, we not only know better, we know we are going to feel like total hell... but we do it anyways.

Let's say there is a hot stove, and two people touch it and get burned. Person #1 touched it because he didn't know it would burn him. Person #2, however, touched it knowing it would burn him. Now I know it's silly to think someone doesn't know a hot stove burns you, but for the sake of the analogy, just pretend. The point is that Person #1 is DUMB, while Person #2 is STUPID. Also remember this: No Matter How Hard You Try, You CAN'T fix Stupid.