Secular alternative to "preaching to the choir"?

Is there a secular alternative to the phrase "preaching to the choir"?

The only one that I am aware of is pushing at an open door, which has been around since the 1920s and was more popular than preaching to the choir until the 1980s.

If you are looking for a similar idiom with no religious touch, I'd suggest this phrase: gild the lily

gild or paint the lily

To attempt to beautify that which is already beautiful (Chambers)

Another similar phrase is carry coals to Newcastle.

To take a thing where it is already most abundant

"Beating a dead horse" has the same meaning as preaching to the choir, minus the religious connotation, in that nothing is to be further accomplished by continuing. For the skeptical - reason along with me . . .

When one "preaches to the choir", the choir is already converted and therefore does not need to be further convinced (converted).

When one beats a dead horse, no additional beating will make the horse any deader, so there is no need to continue beating it. (poor beast)

Coining some of my own, because why not? Maybe they'll catch on.

And one other idiom that means the same thing and comes from the same etymology but is secular is "on the same page" - which is what a choir and the preacher need to be if they want to get things done together.

persuading the persuaded - I thought I made it up but googling shows it was the title of a book review on sermons. 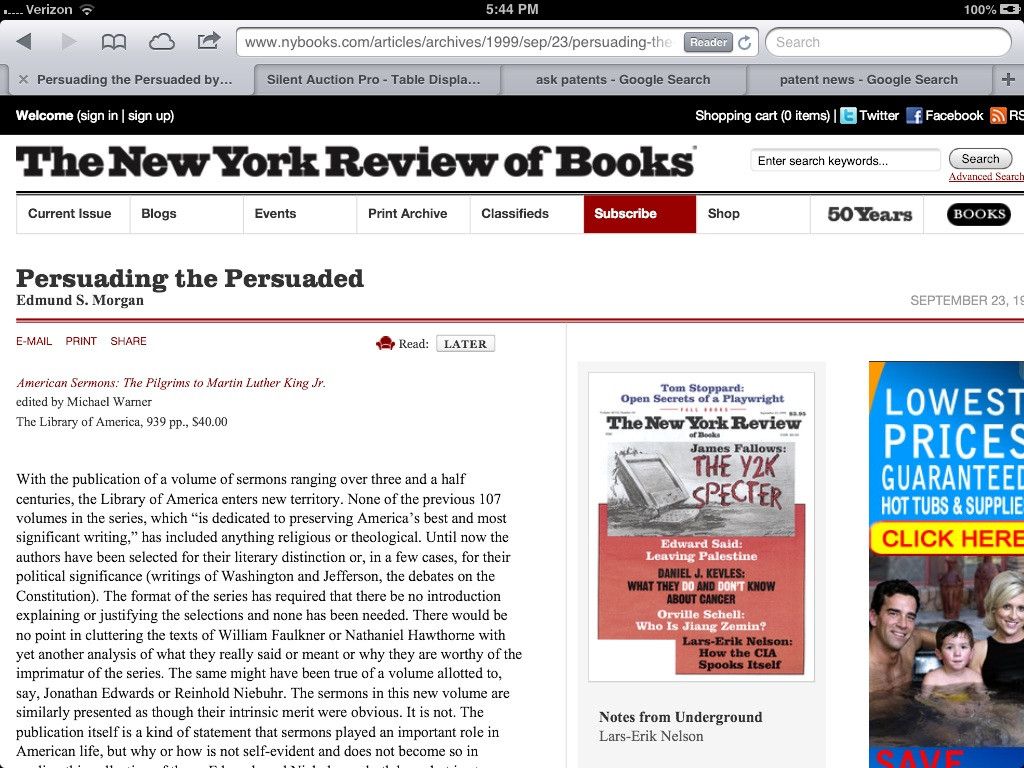 I've mostly seen the phrase used to convey agreement with an opinion.
I think

You had me at hello.

All secular situations which involve non-rational belief can be regarded, at least metaphorically, as a religion. When people have chauvinistic beliefs about something being superior to something else, they are sometimes said to have "religious" beliefs.

"Preaching to the choir" is in fact a phrase that used in secular situations. It is effective because religion is perhaps the best metaphor for deeply rooted beliefs which are not rationally based.

If you use the "preaching to the converted" variant of this phrase, then it loses some of the religious trappings, because the image of the choir (people singing in church) is absent. Chauvinistically promoting anything is a form of preaching, and conversion is not strictly religious. For instance, one can succumb to preaching, and thereby convert from Android to iPhone.

How about a political equivalent? Someone seeking political support can be said to be wooing the caucus. If someone already has the unanimous support of those people, she is "wooing her supporters".

Sales and marketing? "pitching product to its users".

Civil liberties? "Bringing a {sling shot|BB gun} to an NRA gathering. (Those you are preaching to have already hold even more extreme versions of your view.)

What if the intended meaning is in fact "passing along rational information to people who already possess it" rather than preaching beliefs? "Look, what you're doing here is like teaching fractions to engineers. Tell us something we don't know".

Political and business leaders, like religious leaders, often speak and act for the purpose of inspiring their followers and customers to commit to a particular course of action. The base, like the choir, is inclined to respond favorably, but responds well to the leader's emphatic repetition.

One related phrase that could be considered is surrounded by yes-men, meaning that a person's close advisers and confidants are unlikely to object to a stated plan or offer any contrary opinions. It's often said of leaders, and it's sometimes considered a root cause of some bad decision-making or downfall.

This phrase can be found in several books; here are a couple examples, one from a social theory textbook:

This leads to what is ordinarily characterized as sycophancy, or being yes-men. A phenomenon frequently observed in hierarchical organizations, an executive surrounded by yes-men, is the natural result.

and one from a biography:

The last thing LeMay wanted was to be surrounded by yes-men, and he never once reprimanded anyone for speaking his mind during a debriefing.

Some authors have expanded the phrase to include both genders:

A leader knows he is in trouble when he finds himself surrounded by yes men and women telling him how brilliant he is. If people think I'm brilliant, I've obviously chosen the wrong people!

Both phrases – surrounded by yes-men and preaching to the choir – can mean someone is quite unlikely to encounter any contrary opinions when proposing an agenda.

As I’m not a native English speaker, I may be taking the meaning of ‘preaching to the choir” in incorrect way. But from the alternative proposition of “lecturing the experts” by James Webster placed immediate below your question, a cliché, “(Don’t try to) teach your grandmother to suck eggs” occurred to my mind from among very limited stock of my English vocabulary.

By the way, we have a cliché “釈迦に説法-Shakani seppo - preach to Buddha” as a counterpart to “preaching to the choir” (if it corresponds to “lecturing the experts”). It means a Buddha’s disciple tries to teach Buddha the dharma – truth of the universe, which is superfluous effort.

In Japan, we often starts a debate with saying like “This might be ‘Shakani seppo’ to you, but Japanese constitution prohibits entry to war under any circumstances in Chapter 9,” to a hawk.

Not quite the same connotation, but somewhat similar teach your grandmother to suck eggs and perhaps close enouh to what you are looking for.

In the media in Australia a currently popular metaphor for this is like being in an echo chamber.

An environment where much preaching to the choir takes place is a nodding shop.

Our committee was once a nodding shop, but now members, like myself, truly lead our work.

How about "punking to the mosh pit"?

I made these up:

To hold forth on yesterday's news.

In the American south: "Don't take sand to the beach." It relates from dating people to business.

You can also consider that this behavior is just plain

Generally, the only people that hear someone 'harping' on an issue are those within a community (choir/experts/converts) since they care about related topics and are not isolating themselves.

Thus 'harping' is inherently preaching to a choir.

Not the answer you're looking for? Browse other questions tagged idioms synonyms idiom-requests or ask your own question.

9
Alternative to "skin in the game"
4
What is a good substitute that is less localized than "secular"?
4
What is the opposite of "preaching to the choir"?
28
Secular phrase for "Heaven only knows" or "God only knows"?
1
An alternative to 'political manifesto'
35
Secular alternative to "doubting Thomas"
1
Is there a better Idiom to explain airing grievances to someone who has it worse?
4
What is a saying for "a bookish inexperience preaching the experienced"