I met a ligature "og" in one of the manuscripts. It is hard to see this ligature there (look at the word "logicae". Have you met anything similar? Is there a better manuscript with this ligature or it's just a particular handwriting?

That is indeed a ligature and so called in palaeography. It is completely normal in many Mediaeval and Early-Modern scripts. The ligature æ is of the same type. From the Wikipedia article on ligature:

In writing and typography, a ligature occurs where two or more graphemes or letters are joined as a single glyph. Ligatures usually replace consecutive characters sharing common components ...

Medieval scribes, writing in Latin, increased writing speed by combining characters and by introduction of scribal abbreviation. For example, in blackletter, letters with right-facing bowls (b, o, and p) and those with left-facing bowls (c, e, o, d, g and q) were written with the facing edges of the bowls superimposed.

Perhaps some will think a ligature has to be more complex or different from the original shapes of the letters, but this is not so, at least not in palaeography. Ligature is not originally a term intended for post-quill handwriting, but rather for scripts where most letters are normally written separately, where each letter often even consists of several strokes. Perhaps the best criterion is this:

Could you cut the paper or parchment such that you have two intact letters left on either piece? If not, it's a ligature.

Even this is not entirely satisfactory as a definition or criterion: the concept of ligature is not as strictly defined as one might like. Basically any two letters could and would be written attached depending on the scribe, if the shapes allowed it. Compare the attached po in apostolus in this manuscript, first word of the third line (there are also many other simple ligatures in this manuscript): 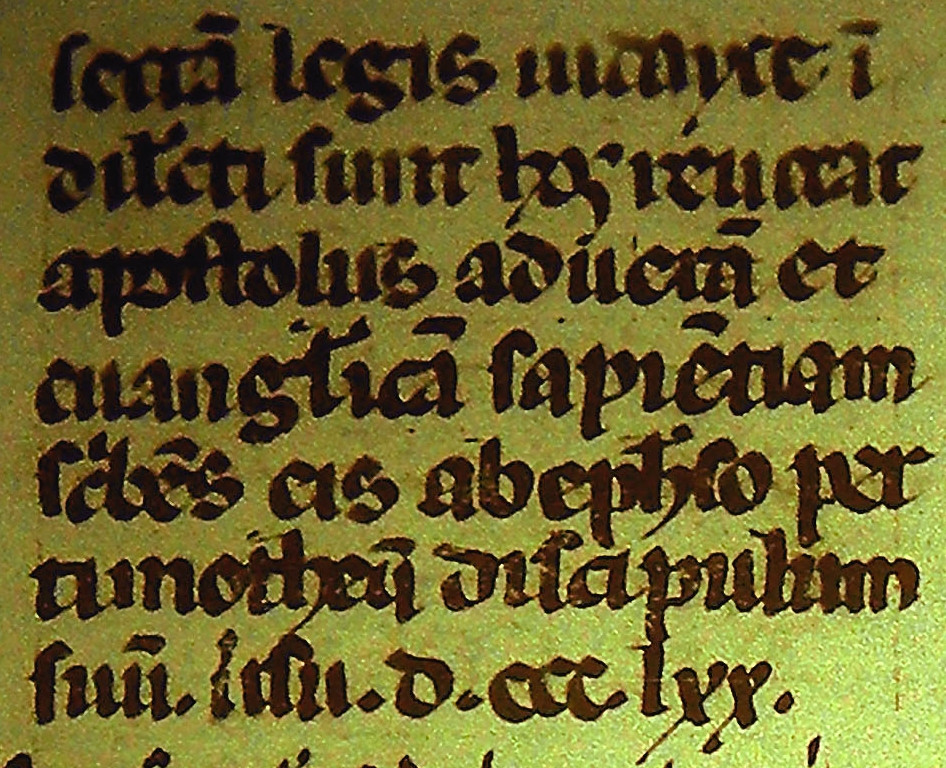 Not the answer you're looking for? Browse other questions tagged history letter-writing handwriting or ask your own question.

51
When should I not use a ligature in English typesetting?

7
Word for descriptive complimentary closes in letters
9
How should I greet a close friend from the United States?
7
Apostrophes in cursive script
4
Status of 'Dear Both' as a salutation
2
Has "Extraordinary" Ever Been Spelled with an A-O Ligature?
1
History and English demonyms
2
Opening and closing a letter - is there a name for this style?