Name for this particular part of a boat?

In John Dewey's How We Think, there is an example of someone reflecting on the purpose of a particular part of a boat:

Projecting nearly horizontally from the upper deck of the ferryboat on which I daily cross the river, is a long white pole, bearing a gilded ball at its tip. It suggested a flagpole when I first saw it; its color shape, and gilded ball agreed with this idea, and these reasons seemed to justify me in this belief. But soon difficulties presented themselves. The pole was nearly horizontal, an unusual position for a flagpole; in the next place, there was no pulley, ring, or cord by which to attach a flag; finally, there were elsewhere two vertical staffs from which flags were occasionally flown.

After a bit of reasoning (which you can see in #2 here), the person decides what he thinks the 'pole' is for.

I formed the conclusion that the pole was set up for the purpose of showing the pilot the direction in which the boat pointed, to enable him to steer correctly.

However, Dewey never provides the name of the actual part. I've been looking around for a word to describe this so that I can find a picture of it! I found this list of words and thought it might be a 'bowsprit' or a 'jibboom'. Both are excellent words but may be inaccurate.

Looking up 'ferryboat' does not help; I think ferries have changed so much since 1910 that finding a matching word, description, or picture using this search term alone is not going to be possible!

In both these pictures, you might just about see the part I'm talking about as a dark line angling up and out from the upper deck, in front of the bridge. Assuming that I've read Dewey's description correctly, that is. 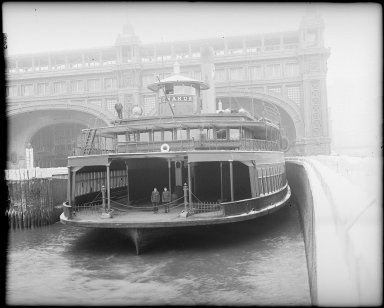 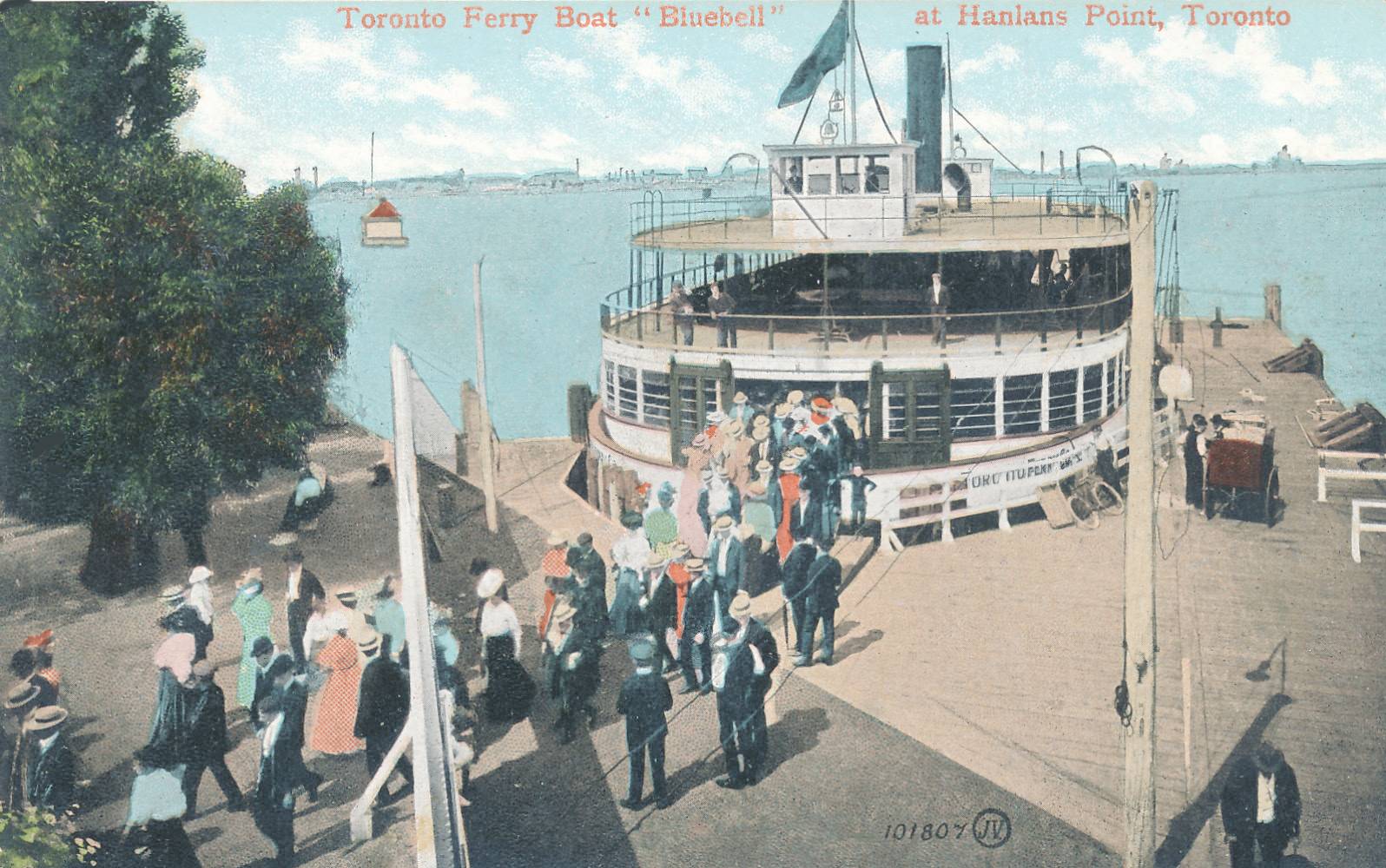 I think I have found a clearer picture of what I'm looking for (or is this just a standard flagstaff?) -- see the Eureka, an 1890 ferryboat. But is the end shown below the stern or the bow? [Source.] 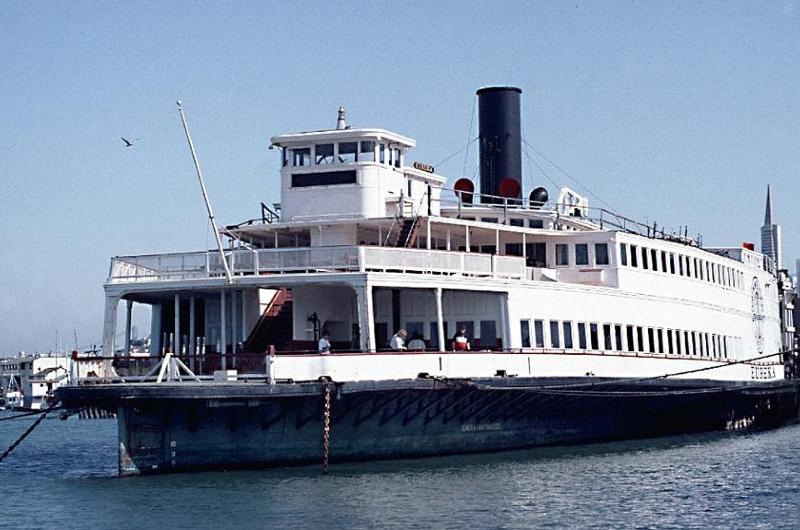 Also known as a 'steering spar'. [Source.] (Thanks to Peter Shor in the comments below.)

I have discovered, much later, that Dewey himself refers to the pole as an 'index-pole'.

Pointer, in the sense of something that points or is used for pointing, is a slight possibility. Here is an entry from OED1, 1909:

Pointer 3. d. An indicator used in whale-fishery to point out to the boats the place of the whale [...] 1877 W. H. MACY There she blows! 143 The extended ‘pointer’ (a light pole with a black ball on the end of it, to be used at the masthead, when the boats are down) told us that the whale was off the ship's lee bow. 1887

A sharp breeze sprang up abeam, and M. Radisson ordered a blanket sail hoisted on the steersman's fishing-pole. But if you think that he permitted idle paddles because a wind would do the work, you know not the ways of the great explorer. He bade us ply the faster, till the canoe sped between earth and sky like an arrow shot on the level. The shore-line became a blur.

Agnes C. (Agnes Christina) Laut - Heralds of Empire: Being the Story of One Ramsay Stanhope, Lieutenant to Pierre Radisson in the Northern Fur Trade

Not the answer you're looking for? Browse other questions tagged word-choice jargon or ask your own question.