What is the etymology of “look out”?

What does English idiom "look out" (or "watch out") come from? When you want to warn somebody.

Usually, in case of a danger, it is better to hide rather than move your head out to see.

(I know it is an idiom, but maybe there is some reason in it)

Definition To be watchful or careful; take care, be vigilant, be on the lookout or be careful; "Watch out for pickpockets!"

Verbal phrase look out "be on the watch" attested from c.1600.

It appears that the phrasal verb expression look out originates from the noun lookout (one word) which meant .... 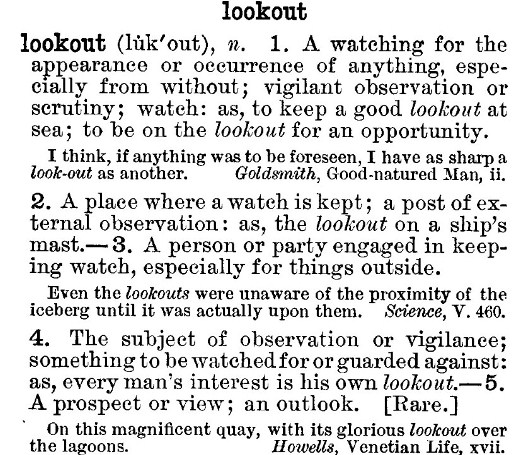 Not the answer you're looking for? Browse other questions tagged etymology sense-verbs or ask your own question.

1
Phrasal variations for “advance warning” and their origins