Can I use the term halcyon to mean calm or tranquil when describing something other than a period of time, especially a place or setting?

For example, does the following sentence seems unnatural or contrived?

He walked through the halcyon temple, admiring the aging frescoes.

All dictionaries cite phrases like, "the halcyon days of summer" or "the halcyon years", but a few other sources which use it in other ways—often as proper names or when describing a tree kingfisher, genus Halcyon, but occasionally as a general purpose adjective. Still, I'm not sure how 'proper' this use is or if it has some kind of subtle connotation I'm not aware of.

The adjective halcyon is hard to use outside of the phrase halcyon days, and the reason has to do with its origin and development.

A halcyon is a sort of bird which we nowadays call a kingfisher.¹ The halcyon was supposed to have built her nest on or near the sea and to have incubated her eggs during the relatively peaceful weather surrounding the winter solstice.

The Greeks explained this period of calm by saying that the body of a young demigod, Ceyx, floated to shore after his ship was destroyed in a midwinter storm. He was found by his lover, Alcyone, daughter of the god of winds, who drowned herself in the sea. The gods took pity on the couple and reunited them, transforming them into kingfishers which make their nests in midwinter by the shore. Alcyone’s father quieted the winds every year to protect his daughter’s family.²

Since antiquity, halcyon days has meant this nesting time: a period of about two weeks of calm weather surrounding the winter solstice.³ The phrase has also come to be used as a metaphor meaning any calm, peaceful, or fruitful time. And out of it, in a sort of back formation, halcyon has transformed again, this time from a bird (a noun adjunct in the phrase halcyon days) into a separable adjective meaning “calm” or “peaceful”. But the transformation is not complete. Halcyon (adj.) still pairs mostly with words for time or space: for example, “days”, “years”, “air”, or “atmosphere”.⁴

Poetically speaking, the affinity is apt. Alcyone’s lover Ceyx was the son of the star Eosphorus, known today as Venus rising or the daystar.

The adjective form of halcyon is synonymous with serene ("pleasingly or idyllically calm or peaceful" per M-W), so you could certainly use it in that sense.

However, I'd use halcyon to describe a part of the temple, since it's too easy read your sentence as being set in a Temple of Halcyon.

He walked through the temple's halcyon nave, admiring the ageing frescoes.

Halcyon days is a set phrase.

It is not correct to presume that the word halcyon by itself means 'calm' or 'tranquil' thereby modifying 'days'.

1540s, in halcyon dayes (Latin alcyonei dies, Greek alkyonides hemerai), 14 days of calm weather at the winter solstice, when a mythical bird (identified with the kingfisher) was said to breed in a nest floating on calm seas. [Halcyon is] identified in mythology with Halcyone, daughter of Aeolus, who when widowed threw herself into the sea and became a kingfisher. (etymonline) 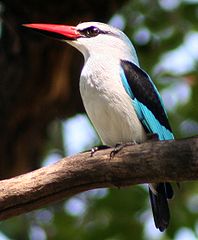 Yes, You can use it as a general adjective to describe something other than time. For example: 'A halcyon atmosphere'.

Yes, halcyon can be used as an adjective for subjects other than times. However, I find it jarring in the example sentence. Of its synonyms calm, undisturbed, peaceful, serene, blissful, relaxed, I would have no trouble with undisturbed or peaceful as modifiers of temple; but the others seem jarring to me because I find them more suggestive of a frame of mind than of a particular atmosphere, and temples don't have minds. But one could say “He walked through the temple, admiring the aging frescoes in the halcyon air” or “He walked through the temple's halcyon rooms, admiring the aging frescoes”, etc.

Not the answer you're looking for? Browse other questions tagged word-usage adjectives ornithology or ask your own question.

23
Is the adjective "abject" ever found with any word other than "poverty"? Does it mean something other than "very" or "utterly"?
0
"Delinquent" to describe something non-monetary
6
Can "erudite" be used to describe things other than humans?
1
Usage of "tum" in English speaking countries, other than the UK
2
Adjective for a period of time that feels much longer than it actually is