Why are you a plonker?

The idiom, plonk (something/someone) down means

From these various definitions I can surmise why cheap wine is often called plonk, it's the sound of the bottle slapping down heavily on the table.

But how did we get from that to “a plonker” which basically means a silly or stupid person.

"Why did you do that, you plonker?" 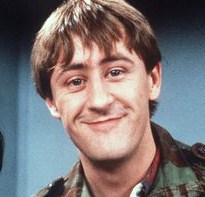 Nicholas Lyndhurst who played Rodney Trotter in Only Fools and Horses

References: FD; plonker "Sir David Jason says an American remake of Only Fools And Horses won't work as there's no word over there for plonker." CDO; plonk

The Urban Dictionary suggests plonker is a person habitually drunk on cheap wine , (plonk) and hence someone who is foolish or useless.

I don't think that's right. I believe plonker in this context is a slang term for penis (chiefly used in the term pull someone's plonker, attempt a mild deception). Slang terms for penis are routinely used as terms of abuse, and that is why plonker is used for this purpose.

Edit I've just had a chance to look in Green's Dictionary of Slang. He has three entries for plonker:-

Anything large or substantial (figurative usage of standard English plonk, to hit or strike with a plonking noise). Earliest reference 1861.

Also plonk, a general term of abuse, widely popularized by the BBC TV Series Only Fools and Horses, earliest reference 1959.

The origin of plonker is from plonk + -er1, where plonk is a verb2 meaning

To hit or strike [something] with a heavy thud

Although this meaning is now rare.

Plonker itself has a few meanings, including "something large and substantial of its kind", "penis" and "a foolish, inept, or contemptible person"1.

The first use of plonker to mean "a foolish, inept, or contemptible person" is attested in the OED to be an episode of Only Fools and Horses (in 1981)1. I would imagine that this use is actually related to the use of plonk to mean "To set or drop (a thing) in position heavily or clumsily"2 as inept people are wont to.

However, as Brian Hooper points out, plonker can mean penis1. The OED gives this example usage:

This seems just as likely the origin, for the reasons Brian mentions, although not before the BBC watershed.

My understanding of the definition of 'plonker' is quite different! It stems from the very popular UK television series of the 1980s called Only Fools And Horses, set in London's Peckham.

Writer John Sullivan used a number of sound-alike words to substitute for non-permissible rude ones and 'plonker' was one of these. Use your imagination for what he meant when lead character, Del-Boy said to his brother 'don't be a plonker, Rodney!'

Plonker used to be slang for condoms, and sometimes for penises.

There are several other possibilities, but the context makes this one seem more than plausible because it was heavily used in BBC sit-coms and they were fond of using substitute swearwords that were obscure, which those senses of plonker had become. Other examples would include naff (probably, but not certainly from Polari slang meaning "heterosexual") and smeg (probably, but not certainly, from smegma).

The deliberate obtuseness as to where the word came from allows the writers to get away with it. (In the case of naff the meaning wouldn't be much of a problem, but the source would itself have been a bit scandalous in those days).

More modern examples would be the heavy use of feck on "Father Ted"; which makes perfect sense in the context as it's a milder form of fuck in Ireland, but largely unknown in the UK, and the fondness of American writers for having British characters say bollocks and wanker, allowing them to use words of a level of offensive force above what American prime-time allows because the words aren't much used there, but acceptable for broadcast in the UK because of more lenient rules.

There are some references on the web to plonk as the lowest ranking person in the Royal Air Force (RAF), which apparently is an Aircraftman 2nd class, sometimes referred to as an AC plonk, and another for plonk as a slang term for mud, coined in the trenches during the Great War, so its origins could lie in the notion of a person of lowest rank or status, or someone down in the mud.

I have heard plonk used by speakers in the United States to refer to cheap wine (the definition that Merriam-Webster's gives), but not in any other way. Chapman & Kipfer, Dictionary of American Slang, Third Edition (1995), however, gives two definitions:

The second definition would seem to be a candidate for the meaning of plonker, except that (1) the usage is not widespread in the United States, to my knowledge, and (2) the example in the original posting appears to be British, anyway.

Partridge, A Dictionary of Slang and Unconventional English, Fifth Edition (1961) gives two early meanings of plonk as a noun:

and two of plonker:

Regarding the meaning of plonk as to plop something down: in American usage the word here is plunk, not plonk ("He plunked the groceries down on the counter.") Plonk refers to cheap wine. (Random House Dictionary, 2013).

Not the answer you're looking for? Browse other questions tagged idioms british-english slang colloquialisms or ask your own question.