Which is the correct idiom: “Force of habit” or “course of habit”?

Which is correct, "course of habit" or "force of habit"? (This question is inspired by this post on the woot forums.)

It is force of habit, and course of action.

The Corpus of Contemporary American and the British National Corpus reports the following data about force of habit (the reported values are the frequencies per million). 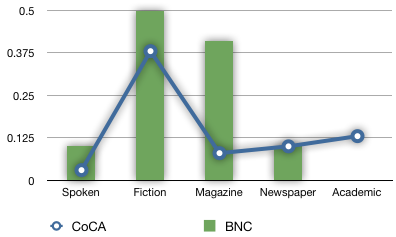 1)perhaps the course of habit is when a person makes a conscious decision to do something and that action is then repeated until it is exercised without thought or remorse... 2)un-conscientiously doing something that is not an automatic until it has first been done out of willfulness.

the force of habit is that urge that pulls a person in after the person realizes that a certain action has become undesirable, and they do not want to entertain the action due to the undesirable consequences that are attached to the habit and wants to stop doing what ever it is that has now become literally part of the thought process... but the habit.... at this point has come to build a nice little home in your minds' center and it is not about to give up easily, since this habit has been inside your head since the first time you opened yourself up to it, or invited it into and allowed it to become part of you.. The habit is very aware of your thinking and what it must do to make sure that, it too has a place to rest between episodes of your trying to kick the habit, start a new years resolution,, to change your ways, to start anew, turn a new leaf, so there fore the habit, does everything and says anything to tempt, tease, entice,encourage, justify,give false reason too, and manipulate, you into doing it one more time, "cuz things could be different just this once"

Not the answer you're looking for? Browse other questions tagged word-choice idioms or ask your own question.

1
How commonly is “but” used in sentences?
3
How to use the idiom “in force”
6
Is there a verb for “doing the wrong thing by force of habit”
3
Which is more correct: “denied of” or “denied to”?
6
Origin and usage of “stay the course”
3
“Royals” vs “Royalties”: Which is the correct usage?