Differences between "price point" and "price"

Apart from its use among the bean-counters who talk about maximising company profits, I can't understand why price point has spread so widely in popular American parlance. As far as I can tell, the term is exactly synonymous with price; do people use it the way they do the word 'monies' — to sound clever on the cheap — or is there actually a difference between the two terms?

It basically signifies that one is discussing price specifically in terms of how it relates to the demand curve.

If I had to guess, I'd say its gratuitous use probably started with conversations between corporate executives and accountants where the term was being used precisely, moving from there to other executives who were at the meeting, didn't understand the term but thought it sounded good and so tried to imitate the people who knew what they were talking about, gradually spreading out into the culture from there. So, yeah, fundamentally people imitating each other to try to sound clever.

Price point means a point on a scale of possible prices at which something might be marketed; its meaning is different from the meaning of price, which is (principally, but not only) the amount of money expected, required, or given in payment for something.

The phrase price point doesn't seem so widely spread. Looking at the Corpus of Contemporary American, I get the following data (the chart reports the frequency per million). 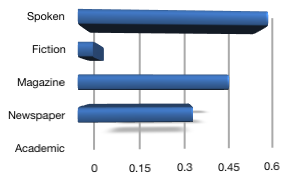 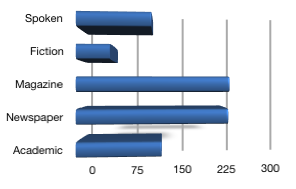 There is no difference. For any use of "price point", one can substitute the word "price" as a synonym. The widespread use of the term price point reflects the insidious encroachment of corp-speak and jargon into everyday parlance.

We expect to sell 100 loaves of bread at the $2 price point.

Price is used to refer to an actual price.

Formally, and where the term probably originates, a price point is an economic term with a specific meaning: "[a price] at which demand for a given product is supposed to stay relatively high".

However, in popular parlance, and this happens often with technical terms, it has acquired another, related, meaning. While mostly synonymous with price, it emphasizes that the price was a choice made by the potential seller instead of a static fact that the buyer has to endure.

An additional, related, aspect that is emphasized is the relationship between the price and other "competitive prices", according to Dictionary.com:

the price for which something is sold on the retail market, especially in relation to a range of competitive prices

In the first case, the seller is ingratiating themselves with the customer for offering such a good bargain, which they suggest they didn't have to do. The seller is further suggesting that the customer may not be able to find such a good bargain elsewhere. In the second case, the negotiator is letting the other party know that they are aware that the price was a choice and that it can, given the right circumstances, be changed. The negotiator is further suggesting that they may be able to find a better deal elsewhere.

While the term also has the effect of making someone sound more commercial, if not clever, substituting "price" for "price point" in the above examples discards some of the subtle connotations.

There is a big difference between a price point and a price, at least in the world of merchandising.

A price is the amount that a retailer charges the buyer for a specific item.

In contrast, a price point is more conceptual, and refers to the amount in the buyer’s mind. There is a difference, for example, between a hundred-dollar shoe and a two-hundred dollar shoe. Or between a $30,000 car and a $60,000 car. These products appeal to different pools of buyers.

Brands and manufacturers typically develop strategies for merchandising through a set of price points consistent with the “brand personality” and their model of consumer decision-making. Sometimes the price points are described with words: budget, aspirational, luxury, etc. Sometimes it’s easier to describe price points in terms of prices, e.g. computer accessories like speakers or external hard drives tend to be priced around common price points, such as $100, $200 and so on. The capacity of the drives will change over time, but the price points remain constant.

Outside of the merchandising context, the terms tend to converge, and there’s always the universal human pretension of outsiders trying to sound like insiders, as we all know.

The common (i.e. outside of the narrow economic contexts where it has a specific and well-known meaning) usage of the phrase is a form of mental-gymnastics or double-think that allows the speaker to delude themselves that they're not talking about anything as vulgar and direct as an actual price.