Which of bazaar or bazar is better to use for the domain name of specialised marketplace?

Both are available according to the dictionaries.

Any advice which of these two is better to use in the URL?

(BTW, you really should never just say “the” dictionaries. State your references.)

You should use bazaar with two a’s. Most people would read bazar as a spelling mistake.

The OED reports that the bizarre bazar spelling was used during the 17th through 19th centuries, but that early in the 19th century (1816) bazaar began to be used instead, and the other no longer occurs.

Indeed, bazaar is used about an order of magnitude more frequently than the single-a version is. 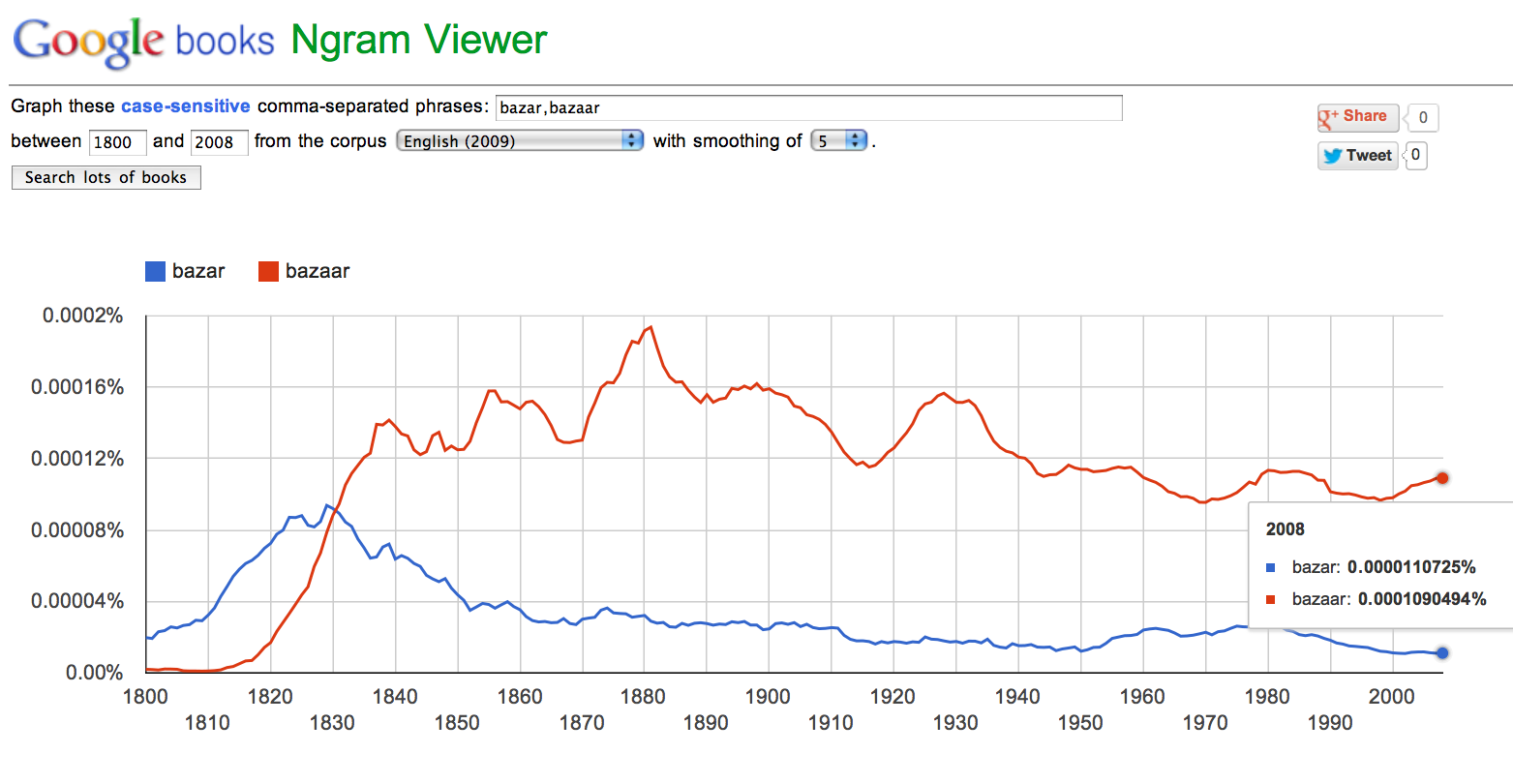 These data support the notion that the old version was phased out early in the 19th century.

Not the answer you're looking for? Browse other questions tagged word-choice nouns orthography vowels variants or ask your own question.

8
Can “man” always be used to mean both men and women?
60
What is the difference between dialogue and dialog?
6
Better words for “open-ended” and “multiple choice”?
1
single word for 'Hospital' and 'Clinic'
0
Term for the link a seller sends to a buyer to make payment
4
“Prices of” vs “prices for”
29
Why are there 4 ambiguous phonetic symbols in IPA representations of English?
5
Correct spelling of 'timestamp': one or two words?
2
Name for our customer's customer?