Is there a clean version of "no sh*t, Sherlock"?

The phrase "no shit, Sherlock" or just "no shit" is a reply used when someone else points out something obvious.

I was thinking about it the other day and I realized I don't know if there is a clean version, i.e. something you could say in polite conversation or in front of children. I guess saying "no way" or "no, really?" sarcastically works, but is there a better phrase?

I think the clean version would be:

If you added ", Sherlock" to either of these, you would cause listeners who know the sweary version to think of it and laugh, without either saying the word or introducing it to listeners who didn't know it.

I could probably list a lot more. Anything you can say that either points out the obviousness of the statement or sarcastically expresses appreciation for the speaker's "insight" would work.

Another phrase made popular by internet memes, that is quite regularly used in the context you mention is "you don't say!".

UrbanDictionary defines it as :

just another way of saying a very commonly and aptly used phrase "NO SHIT". It is when stating the blatant obvious and saying it as if it was just thought of on the spot. It is used to show distaste in a rather sarcastic and underhanded way and if said properly can be funny to no ends.

Wikitionary mentions it to be synonymous to "really, no kidding!".

Attaching a pic (as it is considered to say a thousand words). 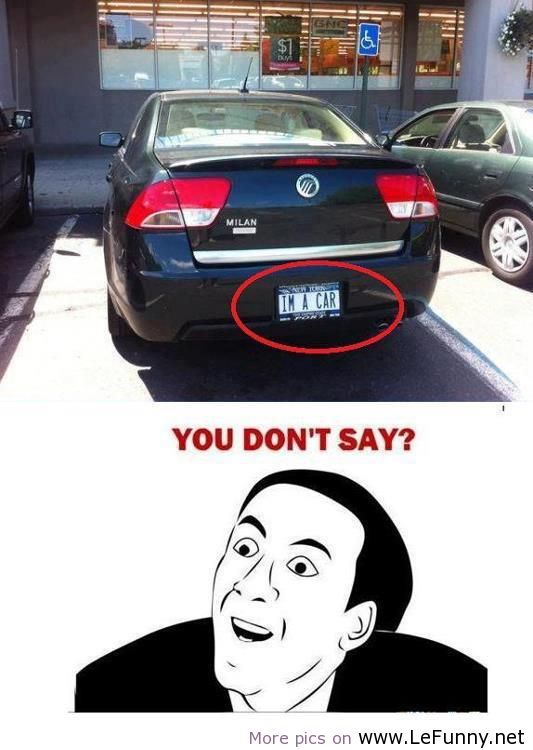 I can smell the brain cells burning from here.

I NEVER would have imagined that.

You get paid for figuring that out?

Didn't have to expend a lot of brainpower on THAT one, did you?

Thank God you told me!

And here I thought we would NEVER figure that out.

What was your first clue?

I seriously believe its got to be of English origin in both tone and temperment. Maybe British with a hint of upper class jilt involved.

I see Sherlock jumping at the chance to use "Indubitably Mr. Watson" for the exact same reason someone today might say "No ** Sherlock."

But for Dr. Watson to say it, that means Sherlock would literally have to be in a coma for at least a couple of years to lose serious perspective and then having been awoken made a leap at something that used to be obvious that only now Dr. Watson has the upper had in understanding blusters out and stabs at a slowly awakening Sherlock and says something to the affect.

But what would Sherlock say to make Watson go into such a frenzy? "I think I'll have a cup of tea may haps?" No. Its more like Sherlock would say, "I think Moriarty tried to do me in."

Upon hearing such a thing Dr. Watson already knowing the answer full well after much investigating would leap at the chance, "All the clues were dangling over you like daggers Mr. Sherlock, surely!"

Not the answer you're looking for? Browse other questions tagged phrases offensive-language or ask your own question.