I just googled the difference between as long as and so long as. The difference has alredy been discussed here. There are, it seems, two contexts for these expressions:

Somewhere else I found that you can use both expressions for context #2, but should avoid so long as in cases of context #1.

Now, mmyers commented that so long as might be colloquial — or as he put it, “casual”. It seems that it’s possible to never use so long as, since according to what I have been told, you can use either expression in cases of context #1. Given that I am writing academic papers, my questions are:

The answer to your first question is no, so long as is neither particularly colloquial nor casual. If anything, so long as has a more formal feel to it, not a less formal one, for reasons I shall presently make clear.

The answer to your second is no, so long as is not something that “should be avoided altogether”.

That said, there are native speakers whose dialects are for the most part missing so long as. This came as quite a surprise to me; I’ve always found this a most peculiar lacuna, as I do not share it, but there you have it. From personal experience, some people who do not have so long as in their dialects even seem to resent its use in others’. I do not know why.

You can see this strong historical preference in usage charts: 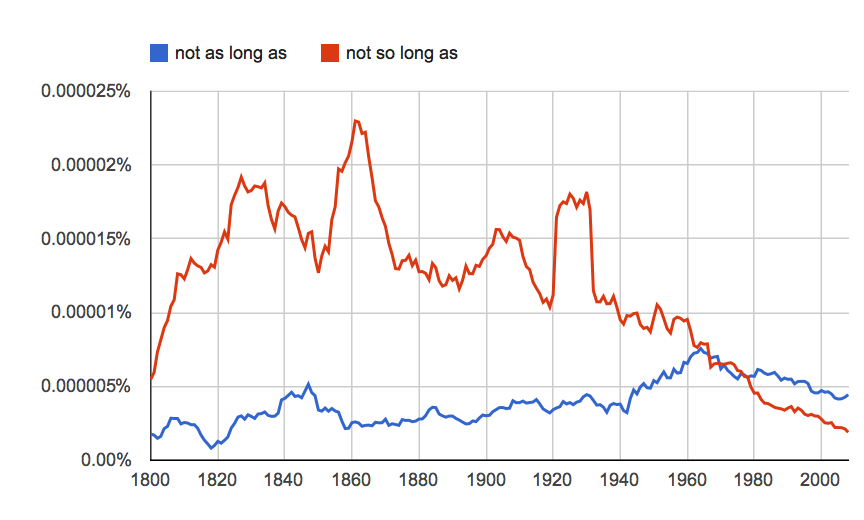 But you can also see that that preference changed in the latter half of the twentieth century. You see the same sort of thing when you graph only as long as against not so long as, although this one lags behind the previous one by a decade or two: 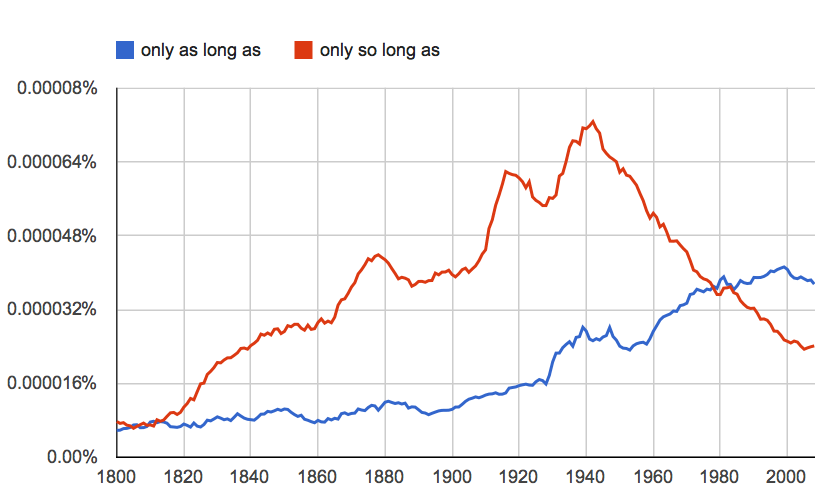 Finally, if we relax the contextual restriction of a prefix not or only, the resulting picture paints a different picture: 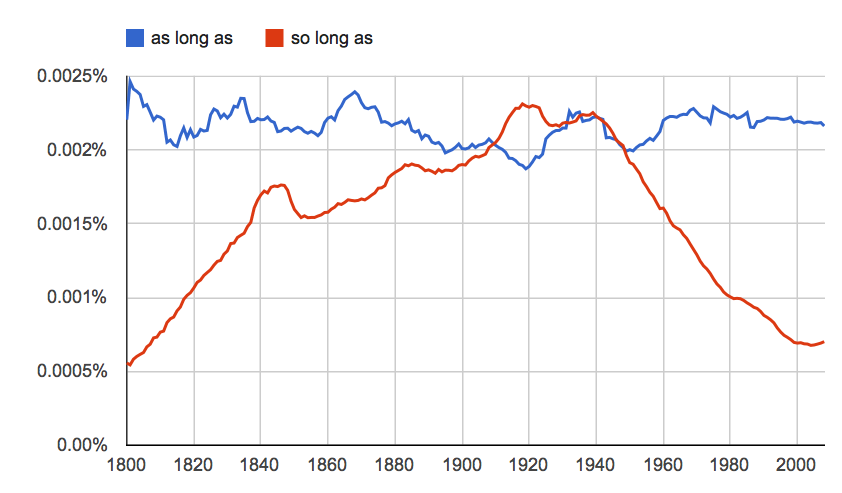 That shows that when you include both positive and negative uses, so long as showed very strong gains against as long as during the first three quarters of the nineteenth and twentieth centuries, eventually even surpassing it, but that it became comparatively less popular during the last fifty years.

This trend is not limited to long; here we see it with not as easy as versus not so easy as: 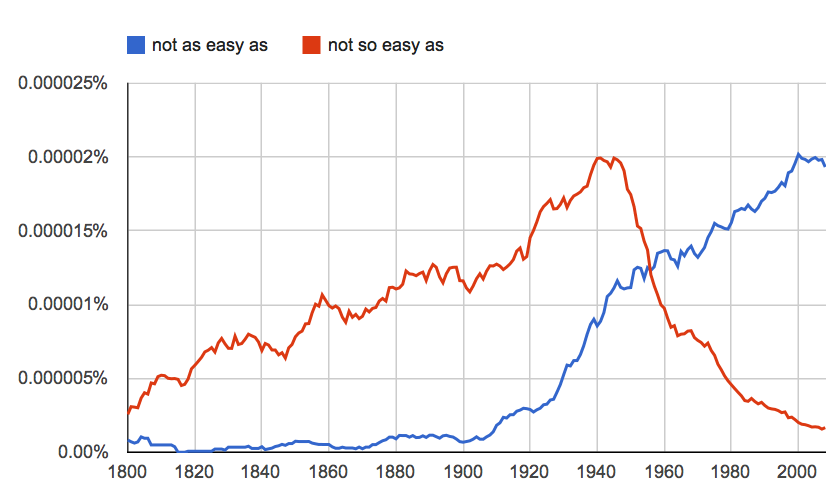 This historical bias therefore has the effect of making so . . . as an “older” feel to it, perhaps therefore a more “formal” feel. By the same token, it also necessarily confers a newer and less formal feel to as . . . as constructs.

If you read anything older than today’s broadsheets, you are bound to come across it, and you will find many speakers who continue to employ it. So if you wish to come off as trendy and hip, certainly you may always simply use as . . . as. However, you need to be aware that so . . . as also enjoys a long history in English, particularly in negative comparisons, and is not so easily dismissed as some would seem to wish it.

Indeed, as the previous sentence illustrates, not so is still perfectly productive and natural. Here we see that it is even today virtually neck and neck with not as — and even that only very, very recently: 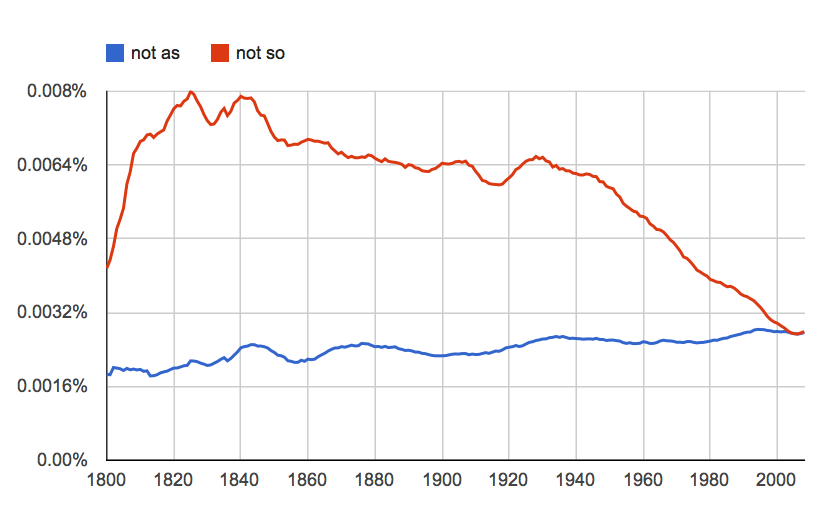 Not the answer you're looking for? Browse other questions tagged conjunctions formality colloquialisms comparisons so-vs-as or ask your own question.