Is there any difference between "stoop down" and "stoop"?

According to Longman, they are the same, but I wonder if this is correct or if so, which one is more common.

The subtle difference is a matter of context. In your examples, one can infer that when Dave "stooped" to tie his shoes, he performed the same motion as when he "stooped down" to tie his shoes. But if you say, "He walked stooped over", that conjures up a slightly different image as someone bent at the back with age or infirmity. 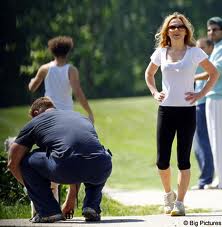 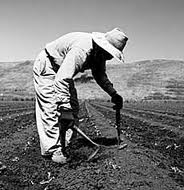 At least among Blues aficionados, "stoop down" has very distinct (and lascivious) connotations that "stoop" does not, thanks to Chick Willis's classic song from 1972, "Stoop Down, Baby (Let your Daddy See)."

In Willis's song "stoop down" serves both as a verb (referring to positioning oneself for having sex) and as a noun (referring to female genitalia). You can read about the 21-minute album version of "Stoop Down" at http://www.franklarosa.com/vinyl/Exhibit.jsp?AlbumID=49, which also shows the cover of the album, featuring five photos of Willis pretending to play a guitar and a miniskirted lady who appears to be doing a dance version of the Stoop Down. YouTube has the much-shortened (6 minutes, 33 seconds) version of Willis's song (cut to fit both sides of 45-rpm record) at http://www.youtube.com/watch?v=xWE5pw4RJg4.

I haven't been able to determine whether "stoop down" was a common euphemism in Black American slang of the early 1970s prior to "Stoop Down Baby," or whether Willis invented the euphemism himself—but perhaps others here are more knowledgeable than I am on this point.

Not the answer you're looking for? Browse other questions tagged meaning differences adverbs phrasal-verbs or ask your own question.