How should one use “awesome” today? [closed]

Ask Question
Asked 8 years, 1 month ago
Active 2 years, 3 months ago
Viewed 6k times
5
As it currently stands, this question is not a good fit for our Q&A format. We expect answers to be supported by facts, references, or expertise, but this question will likely solicit debate, arguments, polling, or extended discussion. If you feel that this question can be improved and possibly reopened, visit the help center for guidance.
Closed 8 years ago.

Lately I have been hearing the word awesome used in many places. I'm trying to figure out how it is used. It has already been discussed on this site a bit. See

Wordnet says "inspiring awe or admiration or wonder" and gives a few examples:

"New York is an amazing city";
"the Grand Canyon is an awe-inspiring sight";
"the awesome complexity of the universe";
"this sea, whose gently awful stirrings seem to speak of some hidden soul beneath"- Melville;
"Westminster Hall's awing majesty, so vast, so high, so silent"

Examples themselves are awesome:

"Bono is awesome." "This pizza is awesome" (when the pizza in question comes from a food court at the airport) Veronica Mars fans are awesome. They love the show so much they hired a plane to fly a message over Hollywood to show their support for renewal.

We can watch AwesomenessTV or read motivational calendars: 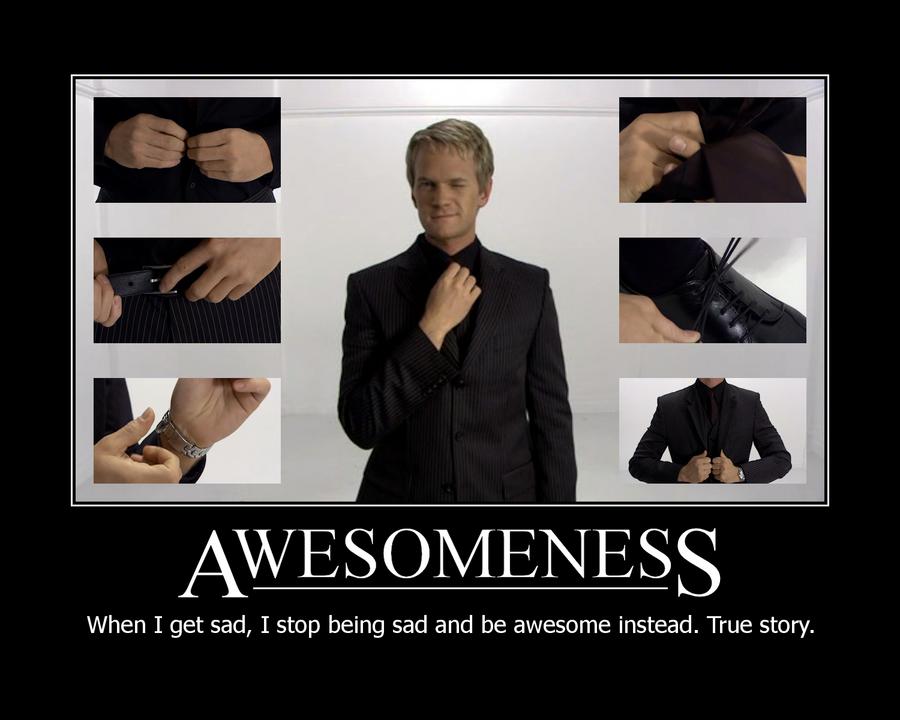 The world's longest waterslide (Auckland, NZ) is awesome. There is a blog 1000 Awesome Things:

More examples at The Book of Awesome. The Awesome Foundation is giving $1000 grants, to projects that it likes

So, how is "awesome" being used today? In contrast to cool.

Browse other questions tagged slang language-evolution hyperbole or ask your own question.

32
What makes “like” and “so” popular?
24
Does British English have a word for dry, starchy savoury snacks that are not fried slices of potato?
36
“Awesome” vs. “Awful”
7
“When I'm sad, I stop being sad and be awesome instead”
4
What word describes our habit to use extremes in language, and what are its implications?

13
How common is the confusion between “affect” and “effect”?
0
Why should I say 'One Hundred' when 'Hundred' seems enough?
3
How should one pronounce the “rofl” in “roflstomp” or “roflcopter”?
4
How would one use the term “heavy sugar,” and how did it originate?
0
Language Evolution: Use of 'It'
2
What, if anything, would cause a common word's official spelling to change? (e.g. “have”) Can this still happen today?
12
How does one “get rekt”?