On Facebook, Libyans started inviting each other to something like random gift giving event on the occasion of Feb, 17, in Libya. It is a very good idea. Giving a gift to somebody else you don't know is a nice thing to do.

I saw the conditional statement above on someone else's wall.

Do you think, the statement needs to be corrected?

The person is currently not situated in Libya and apparently won't be in Libya in Feb 17.

The invitation to the event has started already and continuing until Feb 17.

The gift-giving a FUTURE event which is not taking place at the time of speaking.

"I would have done it" refers to the act of participating in the gift-giving event which is again a FUTURE event.

According to the rules of conditional statements demonstrated in the picture below. Which one of the sentences below would you choose?

1= expresses what will happen if something else happens.

2= talks about the outcome of a possible event.

3= talks about the hypothetical outcome of an event that did not happen.

I am confused between 1 and 2. 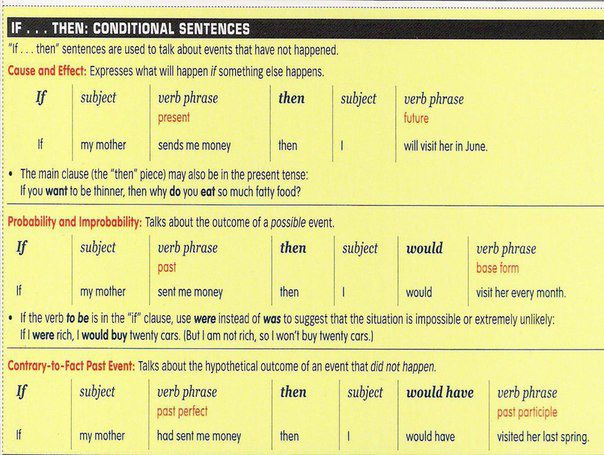 Your three sentences are examples of what are described in some grammar books for foreign learners of English as the First, Second and Third Conditional. The first suggests that there is a possibility that the speaker will be in Libya, and that, if so, there is a strong probability that the action described in the main clause will occur. The second imagines a situation that is unlikely to occur. The third imagines a situation that might have occurred, but didn’t.

In the circumstances you describe, (1), although grammatical, doesn’t really seem possible. The choice between (2) and (3) depends on timing. (2) would be appropriate when the gift-giving event is more or less concurrent with the time of speaking. (3) would be appropriate after the gift-giving event has taken place. If I was in Libya, I would've done it mixes up (2) and (3) and careful writers will avoid it.

(In (2), were is certainly grammatical, but some speakers may say was instead.)

Not the answer you're looking for? Browse other questions tagged conditionals or ask your own question.