Is the use of the word “terrible” in a positive sense at all common?

I recently had an argument with one gentleman where he charged that he had heard the word terrible being used in a positive sense, as if something was good, or great. I had lived in the States for over 12 years where I was exposed to different strata of society from PhDs to lowly construction workers and warehouse serfs one of whom I was as well. I have heard people talk of all sorts of bad, brutal, sick, even ill, and generally awesome things, but I had never encountered the word terrible being used that way, even in this age of ironic hipsters.

In the question about the origins of the word, few people pointed out that in French the word terrible does have a positive colloquial meaning, which is confirmed by several dictionaries. Likewise, English dictionaries acknowledge different meanings for the sister word terrific pointing that the meaning of fantastic and the like is informal, and the meaning of inspiring terror is archaic. But no respectable dictionary I had checked does mention any sort of ambiguity in regards of terrible.

The only source known to me as yet that acknowledges the positive sense of terrible is Urban Dictionary, and even there it has been consistently downvoted. Yet, it still received some votes, so at least some people think there is a legitimacy to this claim. Is there anything to this at all? Is that some sort of new phenomenon, or is it utterly misguided? If it is indeed real, are there any examples of such usage in popular culture?

The OED’s first definition is ‘causing or fit to cause terror; inspiring great fear or dread. Also: awe-inspiring, awesome’, but the only citation that might be thought to use ‘terrible’ in a positive sense is this from Swinburne ‘Superb instances of terrible beauty undeformed by horrible detail.’ Yeats uses the word in a similar way in this line (not in the OED) from ‘Easter 1916’: ‘A terrible beauty is born.’

The answer in brief is that terrible only rarely has anything other than a negative sense, and that if we use it in any other way we need to know what we’re doing, and, in particular, we need to be sure that our readers or listeners will understand how we’re using it.

If the word terrible is being used much in a positive way, even as a slang term, it has not been noticed by the lexicographers. Up to now, the least negative sense of terrible is as an intensifier, as in

and even this example conjures up a sense of an overwhelming, possibly frightening, force of will. One may even be reminded of Mary Shelley’s monster, who has such terrible strength that he is able to sustain his life in the Arctic.

the only citation that might be thought to use ‘terrible’ in a positive sense is this from Swinburne ‘Superb instances of terrible beauty undeformed by horrible detail.’ Yeats uses the word in a similar way in this line … from ‘Easter 1916’: ‘A terrible beauty is born.’²

and that is just as well. These are both incontestably terrible in the usual sense, juxtaposed with beauty to create a contrast for rhetorical effect. Yeats’ “terrible beauty” juxtaposes the terrible execution of revolutionaries with the beauty (as he saw it) of their sacrifice on behalf of the Irish people.³ He could just as easily have written “dreadful beauty”. In the same way, Swinburne’s “terrible beauty” juxtaposes the beauty of certain dramatic poetry with its terrible subject, specifically that of Cyril Tourneur

and that of John Webster

in his handling of criminal and terrible matter.⁴

Harold Wentworth, American Dialect Dictionary (1944) lists multiple instances in which terrible (or turrible) serves as an "adjective-for-adverb" intensifier along the lines of extremely and thus achieves a positive or negative sense only by its contextual association:

But Wentworth also notes the use of terrible in Newfoundland as an adjective with an exclusively (and extremely) positive sense:

terrible adj. Wonderful; great; the best; the most. 1957: "Terrible—The best; the greatest." E[[lliott] Home, For Cool Cats and Far-Out Chicks. Some far-out use.

The identical entry appears in the second edition of Dictionary of American Slang (1975), but the third edition (1995) drops it. The piece by Home was actually a jazz glossary that appeared in New York Times Magazine (August 18, 1957). Home's glossary entry appears in identical form in The Jazz Word (1962) and in Dizzy, Duke, the Count and Me: The Story of the Monterey Jazz Festival (1978). I didn't find a similar definition of terrible in any of the other slang dictionaries I consulted.

So confirmed instances of a purely positive, context-independent sense of terrible do exist, but they are specific to 1931 Newfoundlanders and 1957 jazz cool cats (and far-out chicks). The fact that this positive sense of terrible is attested in two seemingly unrelated dialects suggests that it may arise (or have arisen) in other specific subcultures as well, but so far it appears not to have come into general use with that meaning in British or North American English.

I believe that in some parts (of some translations) of the Bible, God is referred to as being "terrible" in a sense that is generally positive. In this case it would be very akin to "awesome".

ngram - you are terrible

"You are terrible," she said, "simply terrible. Shurtee, I don't know vat I vill ever do vith you. How do you like the negligee?" He sucked in his breath. "Gorgeous!"

As an adverb, I have heard it often. Especially in older movies spoken by posh people...

For example: The new etiquette: the modern code of social behavior - Page 192

Just the other day I heard a lovely, but thoughtless, girl say of her dancing partner, "He's terribly clever." Since "terribly" is derived from "terror," one might have supposed that the young man was engaged in inventing machines of torture instead

It's use in neutral senses is rare enough these days. And I have never heard it used in a full positive sense.

I am though reminded of several times when a colleague has caused consternation among partners from other countries when they described something as "deadly"; a highly positive term in my city and a few other parts of the country, but not found as such elsewhere.

Conversely, once when a film was set here the PR people paid more attention to the local press than would be usual because they were particularly interested in the opinions of those who knew the film's setting. They were delighted when one newspaper described it as "brutal" and put that quote on the film's posters, because a gritty brutal atmosphere had been exactly what they intended. Had they though translated from slangy style the review was written in, into received English, the quote would have read "of embarrassingly poor quality". (Or into modern internet slang, "FAIL!").

So while I've never heard "terrible" in a fully positive sense, I am more than willing to believe that there may be a small demographic somewhere that uses it exactly like that.

Growing up in the 70's I used to hear My mom use "terrible" like we use "bad" to mean good. She would say "Anne had on terrible suit", which meant Anne had on a "bad" suit,both of which meant the suit was awesome. Since then, Ive only heard it used to mean good from people of my moms generation. My mom is 68.

The cognomen of the Russian Tsar Ivan Grozny is usually translated as "Ivan the Terrible" but it means something closer to "formidable", "awe-inspiring". The capital of Chechnya has the same name. 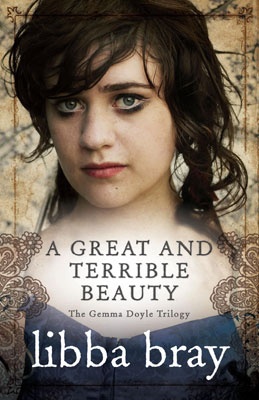 A Great and Terrible Beauty

I've always heard people use the word "terrible" with a positive meaning. I study ancient Greek, so this habit made me think about the Greek verb "thaumazein", which means "to be frightened", but also "to be amazed". I think that this verb and the word "terrible" share the same root and the same ambivalence.

A source said: 'No one is terribly fond of Clarence House because it's still seen very much as the Queen Mother's place.'

The use of the positive adjective, in this case as overly, is common in upper crust language.

Not the answer you're looking for? Browse other questions tagged meaning slang connotation or ask your own question.

5
Origins of the word "terrible"

3
How should the word "brutal" be used in marketing?
3
Proper usage of the word "racism"?
0
Geek vs Geek Out - beyond computers
0
Is “over-babble” a common word usable in day-to-day conversation?
51
Does the term "white lie" have racist connotations?
2
How to spell [kæʃt] in the sense of "expended"
1
How can the word "perfect" be used conditionally? (edited)