In the UK, it's neither on nor in the porch. This is a decent-sized porch: 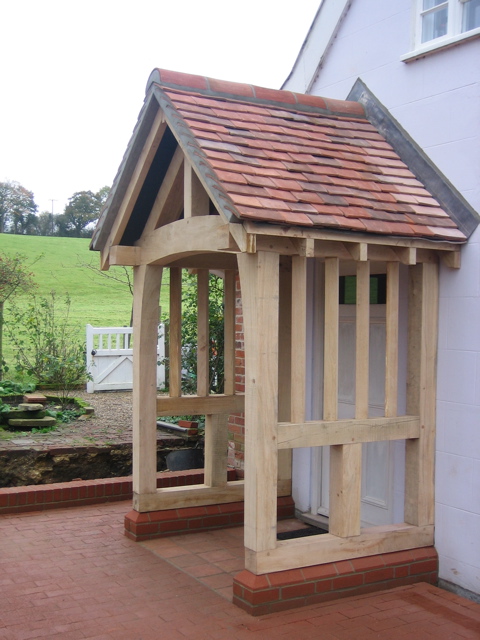 Parking on that is plainly ridiculous; and it's too small to park a car in it.

Andrew Lazarus suggested a carport, and it could look like a porch: 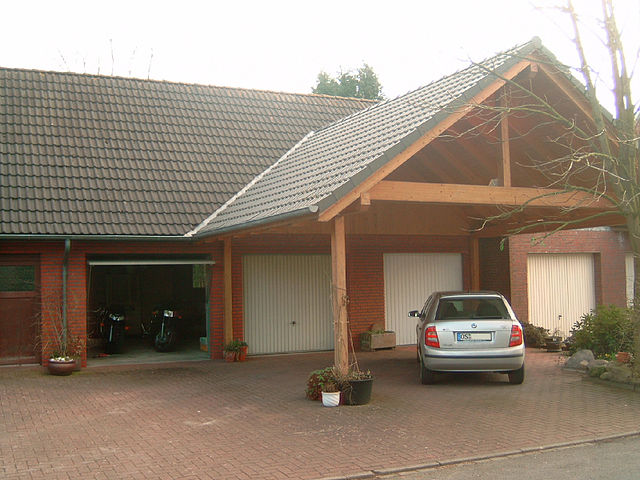 In British English, one parks under a carport; and if this structure were called a porch, it would still be under the porch. It's under because there is simply a supported roof, and no walls to be inside of.

What British English doesn't have is "porch" describing the sort of large covered terrace which fronts some American houses.

On the porch is correct. Unless there's a secret compartment/garage underneath your porch, on is the correct word. In would mean that the porch surrounds the car in some way.

Actually, go ahead and forget the idea of parking a car on the porch, unless it is a toy car. You park your bike on the porch but your car in the garage.

Actually, in parts of the US, the carport is referred to as the Car porch. In that case, yes you do Park on the car porch. It actually makes sense. A porch for the car.

Not the answer you're looking for? Browse other questions tagged grammar prepositions or ask your own question.